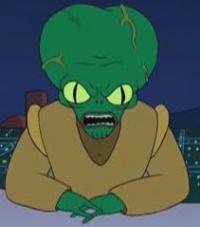 sprinkles32 hasn't added any friends yet.

Thanks! I got Hours just now. Flixster was weird about it but it worked.

In Topic: Free Mythical Pokemon Every Month This Year!

I have X if you want to pm me your code and test. I doubt it would work after redeeming on any version.

Did this work? I'm wondering if I should be looking to get one or two cards. All the Gamestop stores in my area haven't gotten any Mew cards in yet.

In Topic: Random Free Codes (Drop Only, no asking for codes)

No problem!  I hope you guys enjoy them!  I figured I already have the physical discs and what's the point of using the digital stuff?  For me, it defeats the purpose of buying physical.  I'm compiling codes that I haven't used yet and will upload them when I'm done.  Should be about 15-20 movies.

Here's the full list of movies I'm giving away.  I'm going to give half away today and half tomorrow.

Oooh, I hope I can manage to be around to try for the Craig 007 movies. Obviously, everything I tried now was gone but wanted to say amazing drops.

I've seen posts on other sites saying that the email is a phishing scam. Hopefully, none of you used the link to log in. Thanks! I grabbed Rush Delta Z.