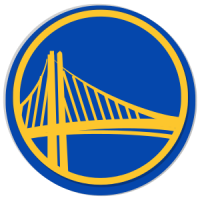 malagu hasn't added any friends yet. Pre-order been up for over 3hrs., both LM and Villager are sold out.

Pre-Order up at YesAsia with Free International Shipping

Do you actually ever tell people things are available? Or do you just come here to show your orders?

I'm curious about the same thing, I can't remember anything but pics really

Really? Must be memory lapse?

Thank you Amazon.ca for Gold Mario and MM3DSXL! Captain Toad amiibo! (Where do I buy?) My replacement MK showed up and no bubble mailer. Thank you BBY! also where do I enter the coupon code? not seeing it... Pre-Order up at YesAsia with Free International Shipping

So, 3,000 walmart stores, getting 4-9 gold mario's each, Can safely say Nintendo only had maybe 25,000 - 50,000 of these produced for preorders and instore? These things are going to be worth more than if they were pure gold is this is true. I've been nintendo collector for 20 years and want one but not been lucky enough to get a preorder in. I'll probably kick myself in the ass not buying one on ebay for $49.99 plus shipping a few days ago. Then again maybe, just maybe, nintendo will have more made but something tells me this is highly unlikely given nintendo's track record. Only thing I know that they did that with was the super mario all stars 25th anniversary limited edition wii game which was such a nice package at a nice price. Even with the 2nd run it still was not nearly enough to supply the demand. I actually never saw them in any store & I'm sure they made at least a million copies of that.

Fleabay will be flooded on March 20th. I'm predicting the price dip between $25 to $30 range. Good luck.