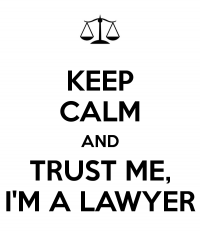 stringycupps1 hasn't added any friends yet.

I ordered 20 plus Sega Saturn games over the time they were available and never received a case. I am fairly certain they were trashing them to save on shipping costs.

I wish I knew retro was going to end at GS. One store about 30 minutes away seemed to get a fair amount of trades and kept it in store. Passed on too many things in the hope of using a promo or the occasional complete saturn game with a broken case thinking I would get another chance.

I've ordered tons of Saturn, DC, PS, Xbox, and GameCube games over the years. I've received cases for all of consoles except for Saturn (was maybe about 50/50 years ago). Never a case for Saturn games. I have a hard time believing all of those games were traded in as just discs. Also, hardly any Xbox and GameCube games had the manuals. They put the discs where the manuals would go. Where were all the manuals?

BG2G1 360/PS3/Wii is back and seems to be working (though I noticed at least one random Wii game to which it wouldn't apply) but the games I wanted are sold out now. Thanks, Gamestop

of course they took away the option for store pickup

I ended up just buying 2 to get free shipping

Did this ever work for anyone? Today's DotD email says Mario Odyssey should be $29.99 new, but it's still showing as $39.99 on the DotD page and in the cart. Someone over there is definitely asleep at the wheel.

I tried again in the afternoon, and the games that were in my cart had sold out, so I don't know if it ever worked.  I was done at the point

I had ordered the Walmart free hat bundle.  They only sent me the game.  I'll order this one.  Thanks!