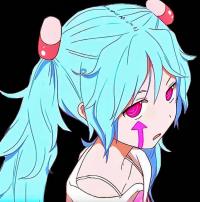 SonX hasn't added any friends yet.

I already have build plans for both Henry and Nowi if I get either one of them.

Nowi:  Red Mage bladetome.  Already have Tharja fodder.   I'll put Hone Fliers on Cherche and then run Cherche and Cordelia brave attackers with hone and fortify.  Plus Nowi and S.Corrin both with bladetomes.  That seems so powerful


That's the exact team I was thinking of too. I have a S!corrin, but a red flier would be much more useful in this meta. Cherche and Cordelia will blow everything up and now you don't have to worry about Tanky green units like Hector or B!Ike.

Auto Battle has been 75% successful.

For some reason the computer keeps sending my healer out to fight people, which ends up killing them.

For me, I can only consistently do Hard with autobattle. Anything higher and units keep suiciding into the enemy.

This might actually get me back into the game. GX is so nostalgic for me. Maybe I can relive the days of playing GX Duel Academy through this. Plus, PC crosssaving? Sign me up! That is so much better than how FGO approaches it. (grumbing about Emu)

I would assume if you are taking Japanese classes switching to the Japanese Voice would be the first thing you do. Top-tier voice work and it would help with your learning process.

Oh I will during my second play through

I just want to enjoy the game in my native language for now.

Hey guys, what's your opinions on the take your heart edition? I decided I wanted to keep mine to open, I think the pack in items are really neat and I'm really not into collector editions.

I'm a fan of anime but I haven't watched anything new since full metal alchemist, that show blew my mind when I was younger, I find it harder to get sucked into shows nowadays but I love anime regardless, anything is better than 3D which is why I've collected anime movies over the past couple years.

IMO, this collectors edition is pretty good for the price. You get an artbook, soundtrack CD, a steelbook, and other extra goodies for $100 or less. Still disappointed that the soundtrack CD isn't a persona compilation album like in Japan, but it's pretty good. The packaging is a bit disappointing for me at least. Looks like they didn't glue the outer flap to my box correctly, so it looks mis-shapen.

As for the game itself, I've played about 3-4 hours so far, and its got a pretty slow start like P4 except it feels way more cinematic. I love the VN style cut-ins and the music so far is amazing. The only things that really irk me are the constant loading screens (even with the cool loading icons), and some parts of the English dub.

After taking Japanese classes, the way they pronounce some characters' names REALLY stands out to me. Not in a good way, more like in a cringy kind of way. Too much emphasis on certain syllables. Makes me tempted to switch to the Japanese dub to see the difference, but overall the English dub casting is good. VAs seem to fit the characters from what I hear.

For anyone interested in Disgaea 5 Complete for Nintendo Switch, apparently you can import the game from Japan and get full English subtitles and voices. The boxart is the only thing that seems to be different. I just found out about this, and I am completely shocked that the game supports this.

Also makes you wonder why we have to wait 2+ months for the retail release everywhere else.

Another successful day of trades.

I had a pretty cool experience during my trade-in too. When I told one of the GS employees that I wanted to put another $1 towards Disgaea 5 (for the Switch promo), he added only 1 cent more to my preorder.

I looked at the transaction screen, and I asked "Does that say 1 cent?"

"You said wanted to put down a penny towards your preorder right?"

He totally knew what I was trying to do lol, but that was nice of him. I didn't even know you could put a penny down for a preorder. Makes me actually want to keep the preorder so it doesn't hurt his sales record. It's a nice change of pace from all the JR detectives we hear about out there.

Cheapest it has been for PC. I'm tempted to grab a key myself even though I already have a digital copy of the game on PSN. Never finished it anyway.

Someone remind me if those $15 back on $100 deals include preorders. Gonna splurge for the $99.99 version of The Show and am curious if that (plus filler) will count.

I didn't get an email for this, but I was still able to buy a $10 giftcard for $5 through the link. I just had to sign into my Groupon account.

Limit 1 per person. The full value of the Target eGiftCard never expires. Redeemable in-store and online. Valid only in the U.S. FINAL SALE; no returns. See full terms and conditions. For questions regarding this offer, please contact Groupon. Not valid with Groupon promo codes. Orders can take up to 48 hours to process. For FAQ click here. Invite only. Merchant is solely responsible to purchasers for the care and quality of the advertised goods and services.

Just when I thought I was done with the figure market, they pull me back in.


Ok so I just started fire emblem and I actually really like it. What's the best/fastest way to redraw characters? Also, who's the best girl?

Here is a reroll guide. I'd recommend using an emulator if you can. All the redownloading probably isn't good for phones.

Yeah, Fire Emblem Heroes is your typical Gacha game. I guess it's fun for a short while, but getting the characters you really want can be impossible. The quality is there. I love the voice acting, how smooth it runs, the music, but the gameplay and story is relatively shallow.

For anyone tempted to buy orbs for money, don't. It simply isn't worth it. I've rerolled accounts 50+ times already and I still have never seen a 5* Tiki. Why put real money down on a game that is designed to take advantage of unlucky people? You can still beat the game without spending anything, and just reroll accounts if you want a certain character. Unless you really want to throw money at Nintendo, it's unnecessary. Save your money for Fire Emblem Echoes if you need your SRPG fix.

For security reasons I have changed the location of the sheets again.

I would edit the WIki of this thread but the edit button is broken on the wiki post.

I feel like at this point you should just take over and make a new thread. This one is over 2 years old now.

It's a good way to cash out a bit of your credit. I'm gonna use it to pay for XCOM 2 in the humble monthly bundle!