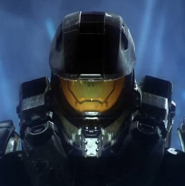 RunningMan hasn't added any friends yet.

Which product did you buy?

Something new earlier tonight when I went to GameStop to trade-in a copy of Fallout 76. The key-holder wouldn't let me add to my trade card. He said something about "they can't let people stockpile trade credit on trade cards anymore". Sounds like an employee making up stuff but I didn't push it because I don't know if there really was a new mandate in my area/district. I traded in Far Cry 6 (G2L) to the manager of the same store the night before and put all 59.99 on my original trade card.

EDIT: He put my credit on a new trade card. Annoying. Sorry, I forgot that part.

this is just another one of the problems with gs, wildly inconsistent behavior/information by state, region, or even in the same store.

anyone holding their games to the end of the week to see if the month end stealth bump reappears? i traded my joycons and a couple old controllers yesterday, but was considering returning to the store to price match a new set of joycons and trade my primary ones.

There's always the chance but I doubt it with the 50% bonus going on.

No disrespect, seems silly to wait for the chance to maybe make a few extra dollars, this type of deal doesn't come along  often. My reliable source, that tipped me off when I posted it, tells me to get in while I can, Im guessing the algorithms could lower trade values once games come flooding in. I mean i just traded 5 ps3/x360 controllers, minus a couple of refurb fees, I got $87 tc.

I'm hoping that the drops were in advance of a +$5 (or if we're really lucky, a +50% promo). That would make more sense given that Friday is the last weekday before Sunday.

Well, take it for what its worth, I have no specific details, I dont know what the catch will be or what the fine print will say, but from an extremely reliable source, there is a 50% trade promo coming tomorrow/upcoming week, I didnt see anyone else mention it yet recently but you.

Anybody know if GameStop would take a trade-in of my PS4 Pro with a 2TB hdd? I can’t find the original 1TB I took out of it.

Would Gamestop accept a base PS4 with a 2TB as the 500GB? I chucked' the OEM HD years ago.

I havent had any problem trading systems with bigger/better HDs that were in good working order, I just keep my mouth shut and let the gs guys do their whole check thing.

Ah damn.  I'll miss his/her contributions.  If someone says there were never any .. they never followed this thread and read between the lines.

thats a shame, cobras posts were often harsh, but he always called out the stupid posters who want to be spoonfed everything, rather than taking a few minutes to read a few pages, or read earlier posts or put in any effort at all to get in on a deal

The one time this happened to me I had to stop them, because it rang up enough times to give me a nice 3 month ban.  LOL.  Maybe it was an accident .. maybe they wanted me gone, I dunno -- but sitting on the sidelines for 90 days would have been a bad outcome

The new search code for the trade bump is:

It's a smaller list than before, but, correct me if wrong, also a bigger bump per item?  Plus if you stack the 20% pre-order bonus, it's even better than the $5 boost earlier this month.. on affected Switch titles, anyways, $20-$28 mainly.

question - do u think the bump will last til tomorrow?

Yo, thanks for your clear outline, got 11  games, shipping from 3 different locations, will post if complete, nothing spectacular or steelbook, but I'll still report on completeness.

Well, unfortunately somebody at Slickdeals told everybody about the deal, and a bunch of people are hoarding copies to sell online. So, it doesn't really shock me that stores don't have a bunch, and like others have said, I have also heard that smaller stores may have received only a single copy of each game with their boxes of DVDs.

I wont comment on slickdeals, and have not read anything they are saying over there, but your info was pretty on target, we went for another run and ended up with 7 games from different stores. I dont believe the games were plentiful to begin with, as you wrote, imo the games were just randomly mixed in with the movies. So for example, if each box had 20 items in it maybe two were games. Its clear that the movies/games were supposed to be the WOW item starting friday, at least 3 stores had the section right in front with the area designated for the movies/games, and only 1 had anything substantial left, the others were nearly picked clean, and as I and others have already said, finding these movies/games placed in other parts of the store was incorrect, as they were meant to be the eye catcher wow item people first see when they walk in the door. It was interesting seeing what was out there, and honestly there were 12+ movie titles I would have scooped up if I had seen them, and then the games, thats for sure another 6 items, so someone  seeing me do that would probably have something derogatory to say about me buying all that stuff to sell, when in fact, it was all for me, and I can only imagine the average joe doing the same thing at the stores that had placed them in the wow spot, for most people, its a no brainer to buy bluray or current gen games for a dollar each.

this is what I remember

I dont know if this is helpful, my buddy thinks some of the dud stores could simply be behind on stocking shelves, due to staff shortages(people not coming to work and not wanting to work when there), he has convinced me to take another run this weekend, and see if anything thats sitting in the back makes it way out to the floor.

Well I’ve been to 5 Dollar Tree and at all five the employees didn’t know what I was talking about. They just kept telling me they only have movies. I did pick up 2 blu rays.

I went to 8 dollartree stores this week, incorporating the stops during normal travel, getting much the same response, and I was NOT asking about games, only blue rays, with very little luck, I was directed to the automotive isle, where there were just some old/unknown dvd/blueray sitting on the bottom shelf. Finally today, I did another run, going out of my way to hit all of them, I found the shadow games for xb1/p4 at 2 stores, right in the front, no real sign other than WOW item, most of the stuff had been picked hard by the time I got there, but at least I found a few games. IMO many of the stores put them out early, or didnt get them, and I wonder how people were actually able to get any of these.

Is this even a deal? I was in the market for some motion plus ones about 6 months back and they were consistently going for $15ish on ebay, I think these were about half that.

Before the COVID I found these to be fairly common in thrift stores and would pick them up on the cheap in lots when the lot had something I wanted. Keep them in my guitar and zapper controllers so I don't have to switch them around.

No its a horrible deal, and I would recommend going anywhere else, but unfortunately, in the times we are in, some people do not have much choice, if the kids are stuck at home, the wii remote breaks, they might need another asap to keep the peace, so I was just posting what I have seen, and experienced.