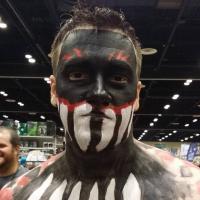 Posted by Sielanas on Yesterday, 03:35 PM

Since I haven't owned an Xbox in years, I have an easy question. Other than this forum, which is definitely in my bookmarks now, where should I check for Xbox sales? Would this be the best place:

PlayStation has an official blog where sales are announced. I keep an RSS subscription there. I'm looking for something similar.

Oh heck no. https://www.trueachi...ucts/xbox-sales is I think the best one.

"In the end, I have to make the right decision. The strength of the Halo franchise — the health and ability of the team… are things tracking toward the quality of where you want the game?"

Spencer goes on to reveal that Microsoft and 343 Industries toyed with the idea of possibly breaking up Halo Infinite and releasing certain parts of the game on different dates, but ultimately decided against the option and went with the full delay instead.

"It just didn't feel, to all of us, like the Halo release that we would want," Spencer said. "I'll apologise to the fans because I never like to set up expectations and then not hit them, but I also believe we're making the right decision in the long run, for both Xbox and Halo and our customers."

Bold is mine. This feels like the first time a big game has been publicly bumped instead of crunching.

Posted by Sielanas on Yesterday, 10:01 AM

I think any variations on the basic four-letter word will not be censored. For example, he used fucks (n., pl.) which wasn't censored, but in the same post he used the basic word itself and that was censored.

I'm sure they could censor a lot more shit (test) if they wanted to.

was replaced as a joke and not actually censoring it. I've said plenty worse and nothing happened. Not proud of it, but it happened.

Posted by Sielanas on Yesterday, 02:39 AM

This reasoning, is a ridiculous.


Yup. There are plenty of reasons, this isn't it.

Very tough look. Smells like a publisher decision, but 505 doesn't have that track record. Here's hoping they reconsider.

I'm glad for the delay since it seems like they're refusing to crunch. Good for them.

We had an insane thunderstorm here in Orlando a couple hours ago. Pretty positive my X1X is fried. Terrible timing, I'm still furloughed from work and have nothing to fill my time but video games - and it's not worth buying a new one this close to the Series X launch. I've unplugged it from the wall and I'm letting it completely reset (it was plugged into a surge protector and everything else is okay), but I think it's had it.

That sucks, I saw it looming.

I agree that the Rewards achievement tracking being inconsistent stinks, but I can't get angry about it. I get angry about plenty of things not working, I don't know why it never gets me more than "oh well". I don't get the extreme amounts that some of you do, I'd say I get $20-30/year from casual use and I'm happy with that ROI.

This is the type of entitlement I was talking about.

I'm amazed at how people interface with Apple/Android to extremes. I strongly prefer pure Android (OnePlus here), my almost 70 year old parents use both just fine so they can't be too bad.

Am I alone in thinking G4 was trash and mostly cringeworthy? I had no love for it then and am amazed someone funded this.


I know I reported, and ignored a few more people in here.

I was expecting a sale today to coincide with the punchcard.

Sony said when they launched the PS4 that $399 is the sweet spot for console pricing. The digital version feels like the cuts were made to hit that price. Plus, Sony knows they will recoup any loss on just a couple of full priced digital game sales.

Microsoft and Sony don’t need to undercut each other on the high end. The customers that buy at that price aren’t jumping brands over $50. That’s why Microsoft will undercut at the entry level where price will sway a purchase. Of course this is all theory, but we’ll see.

How dare you make good points.

I was doing reading and learned Kinect will not be supported on Series X so looks like I'll be keeping an old machine around. I might even trade my X1X to the series X if the deal is enough. Anything I would do Kinect is fine on an S in the office.

Another info trickle about how memory will work and stuff.

Saying there's a no back compat box means you're just not paying any attention. If you can play it now, the goal is you will always be able to from this point forward. They stopped mucking around with different formats and are actually making it like a PC where specs change but it runs. Consoles were doing magic tricks with their tech that nobody else needed. We don't need magic anymore when engines rule the day.

Any thought of a smaller model has to consider the cooling fan. The dimensions are based off of that fan. A new design will require new cooling. They can do it, see X1X getting smaller, but it's going to take a thermal breakthrough along the lines of splitting the mobo in half like they're doing. It's like saying there's going to be a PS6. Eventually, sure. Don't hold your breath.

I went through 3 original Xboxes, only one RROD so 2 360s, and my day 1 VCR still works, although it hasn't been used for like a year now. Still have a 20gb BC PS3 that I keep around for PS1 fighters. I hate that it doesn't have wifi.

We're hyping ourselves up. They announced a date and now the PR machine/news cycle spits out airy guesses of what will happen. Chill. It's not going to make a bit of difference. They said July. It's the first.

the more important question, is it more Twin Peaks or DP? Biiig difference.