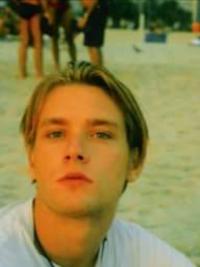 ElectricBluLion hasn't added any friends yet.

Not sure what it’s like in your area, but here in PA we still have social workers making house calls


I was mostly just curious because I knew there were at least two or three social or psychology professionals on here so I was curious if they would be equally concerned with the mental and emotional crisis this is causing because I know some people, not all, see everything in tunnel vision through their profession. Like a police officer will look at everything with eyes of a cop, a physical healthcare worker will look at everything with mostly physical issues in mind. So I figured a sociologist would be talking a lot about the emotional and mental health and wellness of people a lot more then the average person. I just found it interesting.

I had already known about 1918 flu. I've wanted to be an anthropologist since I was about 11 and that was one of events in history I was always interested with but I didn't really think we would be going through something similar.

I agree with everything you said. It's probably going to be a tough balance all around the world.

Nothing you said here is based on reality...


I'm not parroting anybody. I was just telling what I've heard from the experts themselves about the virus and about the tests because so many people on here were talking about it. Other then that I don't know what you're talking about. Maybe you should look at what's going on in the rest of the world. I thought you might really not know the details about the virus or the tests but I understand now that you don't care so never mind.

As far as finances I'm going by the facts and my own life and my family's lives. There has always always been debt, since what the new deal. Who cares?

I would ask who are you parroting but I really don't think it's a good time to talk politics if it ever is. If you really want to know I come from a family that were life long democrats at least before the 70's I was told but we registered as independent in 2010. If someone wants my vote when I vote, I don't vote for socialists, communists or swamp monsters, regardless of party affiliations.

If this was released as an episodic series with the final conclusion as paid DLC, it would've worked out well.


Nah, my audience might be all dead before the dlc came out.

I'll just change a few words around and repackage it as a collectors edition, deluxe edition and a gold edition. Then put the season pass on sale but delist the base game.


Well it is a long post, you're bound to say They a lot. I never heard of the group before but apparently they have a concert in my state in August. If it doesn't get cancelled maybe I'll go see them, since I already know the lyrics.

Nobody is bored enough to read all that.


Agreed. I've been reading this forum for several years now for information and opinions. I've never taken any codes or anything that people have posted because I don't post a lot. Mostly because I have no idea what you're talking about, you've said it better, or I would write too long of posts.