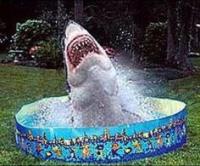 Squeegor hasn't added any friends yet.

Shows there are two groups of people: Resellers and fans.

As someone who claims they are the No. 1 FE fan on CAG (I haven't played all of them and I make lame comments like, "I bought Path or Radiance when it was $30 at Gamestop. I got into Fire Emblem before it was cool) I would be lying if I said I didn't care about it being super rare, collectible like Fates.

Not to flip, but mainly because I like having super rare, collectible games in my collection. And I mainly like that because I like to take pictures of said games and show them off on CAG so people say, "WOW THAT IS SO COOL, MAN."

Understandable. Myself, I can't deny it's a guilty pleasure sometimes to look at eBay listings for a LE I snagged just to look at all the scalper prices I don't have to pay. Other than that, most of the joy comes from owning (and playing) a game I really like, whether it's considered rare or can be had for $10, it's all the same.

Its all about making money, believe that or not but its true. Every single CE no matter the game comes out people jam to preorder copies and flip them. Most people who also buy CEs really don't ever open them because it will be worth 1zillion dollas in 20 years sealed.

I thought it was all about having fun.. when did our passion become day trading? Of course money makes the world go round but is nothing sacred anymore? There are many opportunities in life to make money, in ways that actually contribute something to the world. Instead of just flipping shit and ruining people's hobbies. I could also go on all day about people who pay 1zillion dollars for video games they have no intention of playing but that's a discussion for another day.

Too bad people who really want these items to PLAY now have to fight with a load of scalpers, or pay scalper prices.  It is sad.

People bitch and complain about the industry only caring about making money -- and well, seems like the customers now are exactly the same, and willing to do it on the backs of those who enjoy games for what they are.

Agreed.. and that is why whenever I ever miss out on something (like the FE Fates LE) I just accept that it's something I will never own. Because just out of sheer principle I refuse to give scalpers a single dollar.

This game will have no reselling value at all. GameStop has it up for way too long, and there are tons of scalpers due to fe fates so there's too much seller competition

That is the most f'd up thing I've seen in a while. Thanks

Vita is really the thorn here.  It just keeps dragging on :P

Also, am I the only one that feels disgusted by that sausage thing in the front cover of Runner2?

Lol that's why I went out of my way to get the bundle with the other variant cover... not for 'rarity' or whatever, but just because it didn't have what appeared to be poop on it's cover art.

95% of people who buy the LE arent buying them to play them. And probably 60% of them wont ever play even the regular edition. They buy it because everyone else wants it also, and those people buy it because everyone else wants it etc etc etc. Its all about getting something limited before others get it, or getting something they hope will be valuable one day so they can either sell it on ebay or just have a smug sense of self satisfaction at looking at their shelf and see it sitting there doing nothing or post online how they have one sealed while others online complain about 2nd hand market prices or they couldnt get one.

Sure there probably are some people like that out there. Dunno if it's 95% or what.. but then there are actually some of us who simply enjoy the games. Even though I do collect (casually), my philosophy is 1) Only buy games I'm actually wanting to play, and 2) Open every single game purchased. That includes "R@RE" collectors editions of games, or those LRG games some people buy, keep sealed, and sell/trade them around like they're trading cards or something. I don't ever just sit on sealed copies of anything.

The BB listing lasted a little longer because of the timing.  Some west coast folks are still getting up.  I feel bad for the Hawaii cags.

Used to live in Hawaii and yes the timezone difference made it tough to get in on stuff like this. Then there's the matter of shipping, which would often kill whatever deal you might have found, assuming the retailer/3rd party seller would even be willing to ship it all the way out there. And then there's also all that moisture on the eastern side of the island I lived on constantly trying to ruin whatever good stuff I was able to get my hands on.

You have no idea.   People are spending hundreds sometimes thousands of dollars on the stupid f2p mobile game lots of us are playing.

That's funny.  I've been dealing with the same problem for two weeks now and I can't remove it from my cart either.  I'm going to have to call BB.com sometime this week so that they can fix it.  The only way we can check out is by logging out first.

And this is why if I were a gaming company, I would wonder "why bother crafting a work of art that gets thrown into a bargain bin when I can develop a shallow f2p app and rake in the dough?". Thanks people, keep on giving game developers more reasons to release more f2p crap.

I think most of us have been waiting for it to keep going down since the price will go back up if too many people buy it. :*(

Man I suck at making purchase calls... bought this back when it dropped down to about $18, thinking that's probably as low as it might get for a sealed copy. FML

Yay. Now if they could just hire a better artist to do the cover......

Which means he's very well aware what a turd he is in the gaming community, so thank goodness for that at least.

if you really really wanna be a scumlord buy some stuff from 'chris' and report the items to ebay as damaged / misrepresented, ebay will gladly ban his selling abilities if buyers start complaining

There is a less scummy way to put 'chris' out of business: just don't buy anything from him. Flippers/resellers would not exist if there weren't people out there stupid enough to give them money.

I think Nintendo should release another hand-held along-side the Switch that can only display two colors and cannot process 3D.

If yours is out of control, then I'm in real trouble. :( That is a serious backlog problem you have there, but fear not, help is on the way. Just send all of that to the address I will PM you and bam! No more backlog!

Yeah while we're all focused on the SE and ME, has anyone noticed Wii U version is going OOS in multiple retailers including Amazon, Bestbuy, and Walmart??? Did Nintendo underproduce the Wii U version? Maybe I should've added that to my collection as well (God I think I need professional help)

Yes, you do need help. May I be of assistance? If you would just transfer all your money into my bank account, you won't be able to spend it anymore. Problem solved!

WOW WOW WOW! Horizon: ZD is one of the best games I've played in a long while! My expectations were high and it has met all of them. The story direction is fantastic (and the politic / religious tones are a wonderful bit to it), the graphics (4K w/ HDR) is stunning to my eyes, the combat system is great and mainly because of the AI and how they react to your movement. I'm so glad I went and got this game despite telling myself that Mass Effect and Kingdom Hearts come out this month and I'm currently still playing FFX HD and FFXV. I'm putting all that on hold to fully embrace this game.

Hmmm. Looks like my chances of walking into a B&M store after getting off work at 4AM and being able to get a Switch.. aren't looking too good. Oh well. It'll be available eventually one day.

The game makes me choke just looking at it..