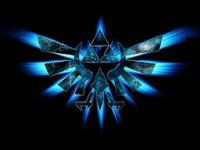 Thanks for the help guys.  I am new to PC gaming and not that savvy.  In fact, I only downloaded steam because The Orange Box was $1.99 on sale and I have always wanted to play those games but never got around to on consoles because I heard there were a lot of problems with them and PC was the way to go.  I am playing Half Life 2 with an Xbox One S controller and aside from the screen tearing, it looks fine.  I made sure both TOB and Portal 2 could run on my PC before I bought them.  I am not sure I understand all those command screen but maybe there is a youtube vid that can show me the step by step process.

For those telling me to just buy a $600 or whatever PC, LOL!!  First off, I mostly see gaming laptop for around $800 for the lowest and like $1200 for the highest that can run todays games. I currently don't have any room for a desktop and I only spent $200 on my current Laptop that I have had for a year now.  I didn't buy the laptop to play games on and am mainly a console gamer but my understanding is that these games should run fine for me.  I have not tried Portal 2 yet as I am currently obsessed with Fallout 4 GOTY for PS4 but I am assuming if TOB has screen tearing, a newer game like Portal 2 will as well although I haven't checked for sure yet.

PC gaming is too expensive for me.  All 3 main consoles combined would cost me like one lowend gaming PC and I wouldn't have access to any exclusives.  I bought my One S for $175 brand new(Wal-mart glitch years ago).  Switch for like $200 or so brand new(99 cent store lego dimensions return to Target for full price store credit trick plus 5% Red card discount) and I think like $225 for a brand new Darth Vader PS4 2 or 3 black fridays ago after it was on sale and I sold the Disney Infinity that came with it. So the $600 or so I spent on all 3 consoles would most likely not buy me a laptop that could run all the current games in 1080p at 30 or 60 fps and again, I would miss out on all the exclusives.  Free online yes but I rarely play online and the extra cost does not justify it IMO.

All my drivers are up to date according to my comp and it says Intel 620 when I go check it.  That's the first thing I tried.

Honestly a big part of the fun of gaming to me anymore is seeing/hearing those trophies unlock and building my PSNProfile. That's the main reason why Switch games fail to hold my interest for very long unless it's something incredible like Breath of the Wild. That will sound bad to some especially since I started gaming in the Atari 2600 days but achievements on the 360 totally changed the way I look at video games.

I never understood this way of thinking.  Trophies mean nothing.  You can't trade them for anything.  They have no dollar value.  Nintendo has certain games with stamps in them but no universal system.  You are honestly telling me that you would enjoy BOTW or Super Mario Odyssey more if you got a stamp/trophy etc that stated you beat Ganon or Bowser or found 400 korok seeds or 400 moons?  Makes no sense to me but a lot of gamers love the trophy/achievements system and I still can't figure out why.  I have never looked at my friends achievements/trophies.  I have seen how many they have but why would I care if one of my friends found 100 steel inlets or whatever?  Does that make him a better gamer than me?  Does he get free stuff from M$ and Sony?  Does he get his name in the paper?  Are there gamers that have become millionaires due to the amount of platinum trophies they have?

This is when living in Southern California is not a benefit for me.  There are a lot of Walmarts but I can never find any cheap clearance prices.

In fact all you need is the second disc.

I just got back. Bought the games I already posted I would. Advanced Warfare came in a cool steel case. I noticed that Star Fox guard was already $4.99 but the other games I got a good deal on so I'm happy.


I'm not a pro member so it would be $20 plus tax. Their membership program is not worth it to me.


Yes I did. I think there are definitely things here worth buying like Call of Duty advanced Warfare, Star Fox guard, and I'm sure I can find 2 more when I really look at the list.

This sounds like way to much of a hassle for anyone not living in Canada.

I have never played a Battlefield game but I went ahead and downloaded all that free stuff.  This definitely entices me to try BF4.

So what am I supposed to do? Just cancel the controller and movie immediately after placing the order and the console still ships?

Wait for the Xbox to ship(shipped out for me in like an hour) then cancel the other 2 items.  That's what I did anyway.

I ended up buying The Last of Us remastered.  Came to $7.55 after my GCU and a $5 coupon I had.  I've never played the game before so now I can in all that 1080p glory haha.  Battlefront deluxe was tempting but I am going to bet on an ultimate edition releasing soon.

I'm tempted to get Deluxe Battlefront but I am thinking a version with all the DLC is right around the corner so it might be better to hold off.  I am also waiting for the ultimate edition of Fallout 4.