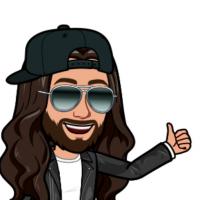 LemonThumps hasn't added any friends yet.

I Mean, if you got it still, sure.

Sorry, bardockkun beat you to it

Anyone need a code for Dolby Atmos for headphones on Xbox? I've got one that came with a headset I just picked up.

I enjoyed the season of TT Batman, but anytime a game is released in episodes it makes no sense for me to buy right away. By the time the last episode came out you could pick up the whole season for $10. Why spend three times the money when I can't even play all of it?

So I've snagged all the Battlefield 1 DLC's as they've gone free. Now my next question is there any real difference on buying Battlefield 1 by itself or getting the Battlefield 1 Revolution bundle? For the extra $3 difference in price, you're getting a Hellfighter Pack and the Deluxe Edition Content. Are those worth it? Also of note, this will all be paid for with bing points, so I'm definitely okay with the $9 option over the $6 one.

It's just some skins for vehicles and guns. It's up to you, but I'd put the $3 towards something else instead.

Nier is on sale?

I have been going through a lot. My wife is going to serve me divorce papers after 12 years. You know what that means, right? She is gonna either get this xbox or many other things. BUT SHE WILL NEVER TAKE AWAY MY GIVEAWAYS!

Winner will be drawn randomly soon ™


My parents just finally finished up a long messy divorce, so best of luck to you. Hope things go as smooth as a divorce can go.

Any of you use Dolby Atmos in your gaming setup? I had to take down my whole gaming setup and while I have access to the back of the receiver, before I put it all back together, I was wondering if adding Atmos speakers might be worth it. Is atmos like HDR, awesome and just hasn't catched on? Or is it like 3D or curved TV?


I don’t have an Atmos receiver set up, but I do use the Atmos headphone app through the Xbox itself. It’s a game changer in multiplayer games like Rainbow Six, but it’s also really cool in single player games when a plane is flying overhead and it actually sounds like it’s actually above you.

I've been trying my best to avoid these forums to finish off some of my backlog before Black Friday spending and it's actually been pretty good thing. Less spending and more playing.

Knocked out the older South Park game, Resident Evil Revelations, COD:WW2, Battlefront 2, and the the first two Wolfenstein games this month already. Was debating whether or not to get the deluxe version of Wolfenstein 2, but I can't get enough of those games right now.

Caved in Batman Telltale and just finished the first episode. Absolutely loved it and can't wait to see where it goes.

I've always been a huge Metal Gear fan, but could never get into Rising. I'll have to give it another chance since I've got a copy of it laying around somewhere.

Got a 14 day trial for Live if anyone needs one. Was on the fence about having a white Xbox, but it's really starting to grow on me.

Got in on that deal for the S. Figure if I can sell the digital games since I have them all and my old One I can break even.

Just finished the Doom and Titanfall 2 campaigns and they're by far my favorite shooters of recent years. Doom especially was a blast, but I gotta keep trying to power through my backlog.

Heads up that even if you don't have the Insider program and can't see the self-refund button, I just had a Microsoft rep refund a purchase that fit the criteria for the self-refund without any hassle

So I made an account awhile back to keep tabs on deals (actually exactly a year ago oddly enough), but never got around to actually posting. I figured in keeping up with the spirit of gaming deals all weekend I'd stop in to say hi and drop some codes for the BC Gears of War games. Enjoy