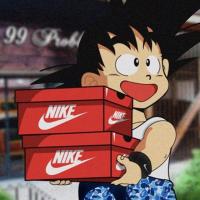 Been awhile. Hope everyone is well

Are there any differences between the Arcade Fightstick Pro and a Tournament Edition stick?

The parts are the same, Sanwa JLF and Sanwa OBSF-30 buttons. However the overall feel of the case and the wrist area are different. They are about the same weight wise.

My  KI TE2 has arrived in tip top shape. Now time to break it in!!

MM, is there any possibility TE stick will get a firmware update for ps4 compatibility.

As mentioned above, it is up to the developer to include compatibility with legacy hardware, not us. I would be thrilled if our old stick worked with future PS4 titles, though!

I understand these are getting cleared out because the generation is about over, but... If I'm getting a TE that I'm hoping to eventually use on the PS4/X1, am I better off getting the 360 version for compatibility? Or is it too early to call?

If you want to eventually mod to PS4 or X1 only, it won't matter. If you want to dual mod for compatibility with both X1 and PS4, then 360 is the way to go.

Man I've been avoiding this thread. But I couldn't resist much longer.  I caved in and ordered the KI TE2. I guess I'm not a CAG after all.

Getting what you like > than being CAG sometimes. Thanks for your support. It's an amazing product and we worked really hard on it. A lot of people think it's just a box with stick/buttons, but it is way more than that this time around. If you want more information on how cool the product can be, please check this link:

Called in sick today from work... 4/11 issue of Weekly Famitsu... purchased this because of... Finally my visits to Book Off have paid off! Been looking for Yukie Kawamura photo books since they opened... finally saw some! $7 each...

Here's some pictures of Yukie Kawamura to give you a better idea of the hotness...