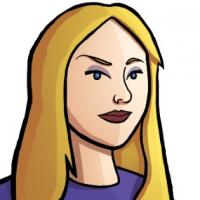 Oh yeah and I'm assuming there will be a special sale this Wednesday or Thursday to coincide with the Geoff Keighley Winter of Keighley Keighley Awards like there normally is.

I wanna buy Stray on Steam but they are resisting that $20 price point / only doing $23.99. Then again it will may end up on Game Pass after some timed exclusivity.

Hey! How's that Aeron chair working out for ya?

Give it to us straight, if it don't work for ya after all our rec's it's cool. Happens.

A dream come true, honestly. A lot fewer aches in my back and legs, which makes it easier to do actual physical activity / exercise/ etc.

Nothing exciting, but definitely getting Astalon: Tears of the Earth before the sale ends. Apparently a wonderful 8 bit retro modern Metroidvania.

It’s pretty gory…probably excessively gory, lol. That said, while I’m still early in the game, I haven’t seen anything that absolutely disturbed me yet. Not sure if it gets more dialed up as you progress. Right now, I’d still say if you could handle Dead Space and Doom games, you should still be able to handle this. It’s just those games taken up a notch (so far at least).

FWIW, the trailers give you a pretty good taste of what it’s like.

That sounds doable. Doom and Doom Eternal were plenty gross, but in an over-the-top cartoonish kind of way. The more realistic and detailed graphics get, the less I like the super gory stuff. The torture sequence in GTAV is a perfect example, it felt too grounded and made me want to stop playing, whereas if it had been in GTA3 it would have been silly.

Played Callisto for about an hour. I’m liking it so far. Dodging technique will require some practice (already died once fucking it up). But combat overall is fun and satisfyingly brutal. It’s a more action focused Dead Space and that’s what I wanted it to be.

Had to force myself to stop having to work in the morning.

How does it feel in terms of violence / gore etc? It's definitely been a big part of the marketing, I love horror but don't love excessive gore (see: most of the Saw films) and I really want to play this game eventually, even if it's not a $70 purchase.