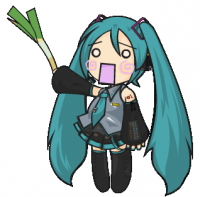 Photophonic hasn't added any friends yet.

It also makes the decision for Ghost of Tsushima's $20/$30 upgrade path look even more ridiculous. I will gladly pay $10 to play through DS again with all the new content.

Will have to keep a look out on the next AI game. Never did play the first one but will have to give it at go since I enjoyed the Zero Escape games. Now look, I love heterochromia as much as the next person, and maybe it's just me, but it seems like everything coming out of Japan now has at least one character with this trait. It reminds me of when RE: was all the rage for naming conventions a couple years back.

Despite not enjoying the demo I picked up Scarlet Nexus since it was on sale everywhere for $50. Glad I changed my mind on it as it is quite enjoyable. The demo just dropped you into the middle of it with all your abilities and just kind of set you loose whereas the full game eases you into the mechanics and how to properly use them. Each person seems to describe this game in a different way and reminds them of "Game X mixed with Game Y", for me, it comes off like a modern day Tales Of game and will due nicely until September.

.......I bought Evenicle today on Steam since it was on sale. We'll see if I come to regret this decision.

Has anyone ever traded a phone to GS? What do they do to test them/confirm they're working?

I have and yes they do. They ask a bunch of questions then plug it into their system which pulls all the stats for the device. It was pretty straight forward unless you're trying to pull a fast one over on them. Dude in front of me brought in like 6+ old ass phones and had no information on any of them. They turned him away after a series of questions.

Normally I am not one to comment on the quality of Humble Bundles but sweet baby Jesus this is just awful.

Yeah odds are real good RE8, Outriders, and ME Legendary will all be $20 ~ $30 by BF. Don't take my word for that or anything but this isn't our first rodeo either.

I had the PS5 charging dock pre-ordered when they were releasing those. They put it on back order, kept bumping the date back on it, then eventually just cancelled it. Summary of this story, YMMV.

I wish I could say I was excited for this but Monark is just not doing it for me. Maybe once it gets closer it might change my mind but did we really need another JRPG that takes place in school.....? I understand it is required by law for anime to be set in a school, an Isekai, or both but games had far more freedom *said as a fan of school based anime*.

Just finished watching it. A bit annoyed they had the times a bit off and backers have not received their pledge items yet but at least there was a show for 2021. It was really good.

Yeah, the more I thought about it post demo, the more I wasn't super bowled over by it. I'm going to put it on my "Get it at $40 or less" list. It's not bad by any means but doesn't really make me want to drop $65 day one.

Wildlands was a blast due to the amount of freedom it offered you. It gets rather repetitive the longer it goes on and the DLC is pointless. That aside if you can get it on a deep sale, then I'd say jump on it.

And they tend to be the same shovelware games. I used to buy them here and there for giggles but have learned my lesson. That's not to say I haven't picked up a gem or two but they were the rare exception.

No idea how I made the time to go from FE: Three Houses to Persona 5 to Persona 5 Royal. That was a marathon.

Yeah, anymore I much prefer a solid 10 ~ 20 hour experience over a 60+ hour padded experience. That is a rather tall order when your a fan of JRPG's....

I remember saving up my lawn mowing money to buy Killer Instinct on SNES. That sexy black cart and pack in sound track, good times. I was also 14ish so time & money were still nebulous concepts. Often times I'd just end up borrowing games from others when they were done with them until Funco Land moved into town. Game changer right there and introduced me to Phalnax.

More power to folks that want to drop $70 on a game they like, I'm not mad at them. I just don't have that much time for games anymore so no reason to put that much down knowing it's going to take a few months to get to it anyway. The $60 price point already made me think about how badly I wanted it, $70 just made it an easy decision. Only instances I can immediately recall spending over $50 on a game is either it's a Compile Heart CE I want or is a first party game on the Switch since they never go on any meaningful sale.