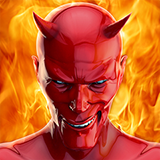 Anyone looking to buy Rockstar drinks to get the $1 Xbox gift cards there is a $1 off 2 Rockstar Energy printable coupon on coupons.com. You can get 2 prints per computer/account.

Slightly off topic, but has anyone been able to get any of the better deals on TVs this year? It seems like it’s harder to get a Sony 65” X900H or LG CX than it is a PS5. I’m leaning towards the Sony because it’s cheaper, but man is it impossible to find a retailer that has them.

I ordered the 85" Sony 900h from Best Buy for store pickup on the 25th. Looking now it's sold out within 250 miles and Costco was before that that's why I went with Best Buy. Seems like the Sony (all sizes) is one of the hot items this year.

Hope all you guys wanting the PS5 get one soon. Just ordered the 85" Sony TV for pickup Monday, had to get it at Best Buy since Costco was out so no 5 year warranty. Just hope I get a good panel with no/little DSE unlike my Vizio P series.

I want the baby Yoda lego set if we keep the kohls cash. lol

They also have a switch lite with smash bros and a case for $269 but that will probably be gone.

Burnout Paradise: Remastered Xbox One Digital code is $5 at Best Buy. This is in EA play so free with GPU. I had a free $5 Best Buy cert in my account so I got it free.

Just read some of the comments but you guys aren't getting your game coins for spending $300+ and there isn't a way to track it?

There is a tracker it just got bumped down in the thread: http://www.mygamesto...dex?ReturnUrl=/

The tracker for the $30 coupons really updates fast, my money spent on AC Valhalla already shows.

I used my coupon and got The Critters Blu-ray Collection for $21. Haven't watch them in years so should be fun.

Ill never buy another Vizio again, to hell with that brand. Bought a 55 inch LCD 4K tv and just a few months out of warranty and the back lights of my tv are dying and the tv randomly shuts off. Looked up the model of my tv and saw people wanted to file a class action lawsuit, all models of this variant were made low quality and die off quick. Crap company.

I second this, I bought a $2000 P series in 2016 and the yellow banding is taking over like half the 65" screen. It shows mostly when the screen is dark/gray which a lot of games/movies are. My other older Vizio that my son plays on has a big gray/black area too.

My Gamestop just called me, they are doing 10am-12pm for PS5 so we won't be bothered when picking up the consoles. They also told me I need ID so they don't sell to others by mistake. Also if I don't pick up by 8pm, the next day they could sell it even if I paid $50 on it. They also mentioned a trade boost if I had a system to trade towards it.