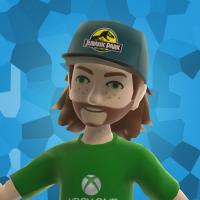 If you want the RE4 CE steelbook for cheaper on Amazon Spain, only PS4 version is left. You can get it without the statue and artbook for about $150 cheaper:
Resident Evil 4 Steelbook Edition : Amazon.es: Videojuegos

Just wanted to come in and say that if/when a Nintendo Direct is announced sometime in February (going by the past 4 years) I want to wish all of us good luck if a Tears of the Kingdom CE is announced.

I got super lucky with breath of the Wild and got a CE with my Best Buy 20% discount, and it still is one of my favorite CEs.  If Nintendo does announce a CE for Tears, it's going to be nerve-wracking.  I honestly almost wish they wouldn't announce one, I can't take the stress!

I want the CE if one and the console we know about.

Also, I know it's on game pass, but the Atomic Heart limited edition is still plenty in stock for all systems.

The Wanted: Dead CE is plenty in stock on several sites as well.

Both coming out soon, so they may be enough stock for later price drops.

Wo Long came back in stock for a few minutes today.

PS4 and Xbox are in stock on amazon

Best buy has it with $10 gift card for xbox only

Since this is MS, Redfall’s game disc, even if it was included, likely won’t run without updates so the only functioning physical thing that’s being collected is likely the case itself.

Maybe a next gen only game will be different. A lot of that is the xbox one version being on disc.

Edit: Forspoken made it to me with no damage.

Forspoken is pretty bad. The worst part isn’t the controls, it’s that it’s an empty bland world with hardly anything in it but lame collectibles. Few enemy varieties. You find yourself fighting mobs of like 8 of the same enemies over and over. It’s just incredibly boring. Unless you’re absolutely obsessed with open world games and can’t get enough of them, I wouldn’t recommend it. And the controls aren’t the best, but navigating an empty boring world with the controls is what hurts it.


Yeah, I'm gonna return it. The steelbook came in today. I know it's in a box, but dont know the condition until I'm home.