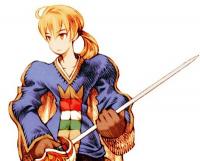 DivineRamza hasn't added any friends yet.

I don't know if this would work for me or not at mine. Have a nasty little wench who works there....keeps on screwing me over, refusing to price match, etc...She's been there forever and I know several people (myself included) have complained about here and nothing happens to her.

When I bought my first PS4...3 years ago? I bought it on a Saturday. Of course, the next day Sunday, when the new ad comes out, you get two free games with purchase. I take in my receipt and ask if I can  get the 2 free games..or return it and repurchase it. Whatever.

At first, she refuses it saying that once it has been purchased, you can't do anything more with hit. No pricematching, no free games, nothing.

Then I say, can I just return it and repurchase it? She says that it can't be done with a receipt. The PS4 must be there in the store to do that. (which is BS, I've worked 15 years in retail and you don't need the system present to do that, just the receipt). But whatever.

I then say, well, I can run home and get the ps4 and pack it back in the box and bring it in. She says no, the system won't allow it because of reasons. And once an item is open, they can't return it for any reason.

Went up to the front desk, got the store manager, they gave me the 2 free games and apologized.

Every time for the past year or so that I've gone there and had to get a game, she always looks at me funny and gives me attitude.

And I have the worst luck...she's always there when I go there.

Super helpful now that in-store consoles and worthwhile accessories are sold out. Damn you, Gamestop.

If it weren't for the fact that Gamestop is the only retail outlet that still quasi-supports the Vita, I'd never step foot in that shithole.

First console preorder here as well. Definitely can not wait to hold in my hands and to get lost in BotW.

I'm curious at how "lost" you can get in BotW.

From the videos I've seen, yes, it is a large world...but there's tons of open, flat world.

I'm looking forward to Horizon: Zero Dawn on PS4. That's looking to be a huge world to get lost in too.

I assume the answer is yes, but Switch games will use the same eShop account we currently use for Wii U and 3DS games, correct?

Probably, but don't worry. Nintendo will find a way to make you pay again for your stuff.

Or wait....everybody will want Earthbound on the thing. And they'll only make it available on the Switch XL or something.

Just like it is only available on the New 3DS and the Wii U...but not the 3DS or Wii...bastards.

I'm 50/50 at this point too. I'll decide within the next few weeks if I'll keep the pre orders Neon, Zelda Se, Pro controller or just play it on my Wii U for now. Some days I'm all in others I'm not.

Depends on the stuff you play.

Those two should keep us busy until Mario Kart comes out. And I don't know for sure if Constructor is a UK only release, or if that will be coming to the States in April.

When are we going to get the inevitable custom Pikachu color scheme?

Any know if there will be game sharing with the Switch?  I plan to buy one for myself and one for my son, but damn if I'm buying a game for each of the consoles.  I have one on pre-order but gonna wait to see about the online services details before I open mine.  If they don't have a robust account system like the Xbox One or PS4 I'm just gonna pass.  Dealing with the frustration of having to transfer all my crap over every time I buy a 3DS (I buy a lot of them) is gonna be straight up unacceptable for this new generation.

Just hack your 3DS and rip the games so you can put them on each system.

I honestly cannot wait. Less than a month to go, first time console pre-order buying. I get to experience it with everyone else, the highs and the lows. Hopefully more highs.

Froze my balls off waiting overnight for the Wii. It was an experience though. Thankfully, my sleeping bag was set up right next to an outlet, so I could play my PSP all night.

But in the end, would I do it again?

Some are probably used, but some are probably not.
Spoiler
The Sigma Bundle by Indie Royale
Survive: _H25C-GG33_-WWKMZ
The Banzai Bundle by Bundle Stars
WAKFU + Novice Pack: B85_L-9FQK6-524Y_
ManaCollect: _D5JE-C62IK-K_JBN (Did I use this?)
Indie Gala January by Indie Gala
Loot Hero DX: MVH8Y-D__RV-VRC_Q
Ravensword: Shadowlands: PD59T-KWR_8-V_GNY
Deadly Premonition: The Director's Cut: MX90_-YG9MZ-_8XTR (Might be used.. likely it is because I gave one away)
P
4
8
9
X
V
Spoiler
each character responds to the game in each row respectively

edit:
p.s. feel free to mention if you claimed any and I will delete what are gone. IF you want TO (because who would)

Thanks, got one! The amount of packages I'm gonna receive on March 3rd is absurd

Ron Jeremy likes to give out packages all the time too!

Already used, but thanks!

Last week Reggie said that he didn't think that the NES Classic would be a big hit in the USA, therefore, not a whole lot were made.