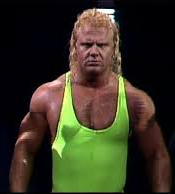 Is there going to be a spreadsheet posted? Made it really easy last year.

Placed an order about 20 minutes ago but it doesn't show up on My Orders page.  I know it went through because I got a confirmation email.

Since the new website went up.. not one of my orders has shown up. I see the point history showing that there was activity.. but nothing under my orders.

I'm still waiting on Star Child to get released...

Didn’t see it posted previously but Borderlands 2 VR is $25 at Walmart physical card.

Just curious, and I am legitimately asking... how do people claim 'at walmart' when it isn't, it's a third party reseller.

The Kingdom Hearts VR Experienceis up for those looking for something free and yet still disappointing. Word is they will add some decent stuff shown in the original reveal at a later date though no idea why a free experience is getting delivered in such small chunks.

When will the ads be released? I'm looking for a deal on a new laptop and I'd like to know if I should wait or just buy now.


The big 3 typically leak a few days before veterans day

When will the ads be released?  I'm looking for a deal on a new laptop and I'd like to know if I should wait or just buy now.

Most expected around November 7 thru 9, 2 weeks out from BF.  Some, like Dell and Kohls, will start trickling out late next week.  The online only stores like Amazon, Newegg tend to be later like a week out from BF.

Pretty sure MSRP for the standard controllers is $59.99 and colored/designed ones are $64.99 so thats a pretty decent price. They might get a little cheaper on Black Friday but probably not too much. If I remember correctly I paid either $34.99 or $39.99 for one on BF. And controllers really don't go on sale that often.

Arizona Sunshine may be a little more rough, but I found it much more entertaining than Farpoint. There are other games that may have a more compelling VR experience, but I think Arizona Sunshine is the most cohesive package rivaling traditional games.

The story in Farpoint is more involved, but fairly uninteresting. And, shooting zombies in Sunshine is a lot more fun than shooting spiders in Farpoint.

Thought Moss was a psvr exclusive so I got excited. Come in and read the post and now really sad

Doesn’t matter if you’d like it or not, the bigger library is still there.

Bigger doesn't always mean better. The huge VR library on PC suffers from the same problem as the huge library of games offered on Steam: About 95% of the game are unpolished, indie titles that are slapped together by someone who just learned how to move an object around in Unity and thinks he's some kind of game dev now. Now, I have nothing against Indie Devs, I'm an Indie Dev and I work with a lot of other Indie Devs, nor against PC games, as my Steam library has more than 3,000 titles in it, but seriously, let's call a spade a spade here. Not every PSVR game is an absolute gem, granted, but it's not littered with student projects liked the PC is.

If you’re an enthusiast you should get a PC VR headset. The PSVR is an incredibly good value and by far the best compared to the stuff like daydream/Gear but it doesn’t compare to full room VR.

Get me a $1k PC for free and a new place to live with a big room to set it up in, then I'll do that.

My TRU is still holding firm at 50% off on video games, DVDs, and Blu-Rays. Which means, about the Wal*Mart price on most stuff or slightly higher, no shock they're going out of business.

What a misinformed post.  TRU's fate has actually very little to do with its performance.  The company was in fact doing quite well revenue-wise, but the massive borrowing done by its corporate fatcats who cared only about lining their pockets and paying off loans for their own companies, left TRU doomed.  I'm sure once the dust settles, someone will do deep-dive story/documentary about the way TRU's American owners basically sold-out the brand and all its workers to get rich for themselves.

In today's world, I suppose that's just what we know as the American Way.  Sad.

When are stores supposed to close? I went to the Toys r Us at Woburn, MA, and found some decent stuff (even though Switch games were long gone already) but I'd stop by again with lower percentages to get some other stuff that seemed interesting

Has anybody been to any stores in Massachusetts lately?  I'm curious to know what kind of sales/inventory they have.

I can't speak to the Boston area, but I've hit the stores in central Mass. I've kept an eye on the stores closest to me, in Auburn and Leominster, and I popped by Springfield and Attleboro over the long weekend.

For games, Attleboro is still at a 50% discount, and all the others are down to 60%. That must be because Attleboro still has a bit better selection remaining. In the other stores, stock has been winnowed down to a couple dozen titles for PS4. You're likely to see some of the  Assassin's Creeds (Syndicate, Unity, the Ezio collection, but not Origins), some second-tier or older Bethesda games (Prey, Dishonored, Skyrim, but not Doom or Wolfenstein), some of the big name shooters (CoD, Battlefield, Destiny), and some sports games (I feel like I've seen a whole bunch of Steep, for instance). I can't remember much beyond those except for games that, fairly or unfairly, are already bargain bin fodder. Even indies like Aragami and Republique are long gone. I wasn't focusing on Xbox, but there may be a bit more variety there. Switch games are gone or as good as gone.

There are no consoles remaining at Attleboro or Springfield. Auburn and Leominster may still have some Xboxes marked down 20%. Auburn isn't displaying their consoles anymore, but when I last checked, they had a 1 TB Xbox One S bundled with Forza Horizon 3, discounted from $300 to $240 (as dbaronjr mentioned a week ago); an Xbox 360, discounted from $200 to $160; and a Nintendo 2DS, which i didn't get details on. I'm not sure about the model of the Xbox 360; they used to have displayed a 4 GB Xbox 360 bundled with Peggle 2, but that had been listed at $160 to begin with, so that doesn't seem to fit. Leominster has the same 1 TB Xbox One S, and a 500 GB Xbox 360 bundled with Forza Horizon 2.