My sister went to two stores as she needed to find something for my mom and happened to see these at both. She said the first store she visited had the packs up front as soon as you walk in. Knowing then to look for these and not seeing them in the same spot at the second store she found some on the bottom shelf of the toy section there.

I’m sad this b2g2 is probably the last good thing to ever come out of Gamestop. Once these pro discounts leave, there’s absolutely no reason to shop with them anymore. I’m just hoping their numbers hurt so badly once the PUR system changes and they realize no one signs up for their memberships anymore and they bring it back. Once 10/20% leaves I leave.

Right now I'm not signing up again for two reasons: terrible treatment of employees, and the loss of 10% off used merch. Sure there are times when my transactions might be low enough to where I'd only be saving $5 that month, but there are plenty where I might buy a couple hundred dollars worth of stuff or more and that $5 off versus $20+ just doesn't cut it.

Some very cool finds the week of December 23-29.

Had a great start to the week with original PlayStation games bought from a Goodwill for $2.18 each. Thought I was going home empty handed not finding anything in the DVD section but moved my eyes to the CDs and quickly spotted these. I think all of them could use a resurfacing but still very happy with my purchase. Been wanting MediEvil for a while now. Those two copies (Greatest Hits and black label) of Resident Evil 3 were inexplicably hiding in the Resident Evil Director's Cut case instead of the RE2 demo. No clue why but can't really complain although I wish the demo was inside as well. 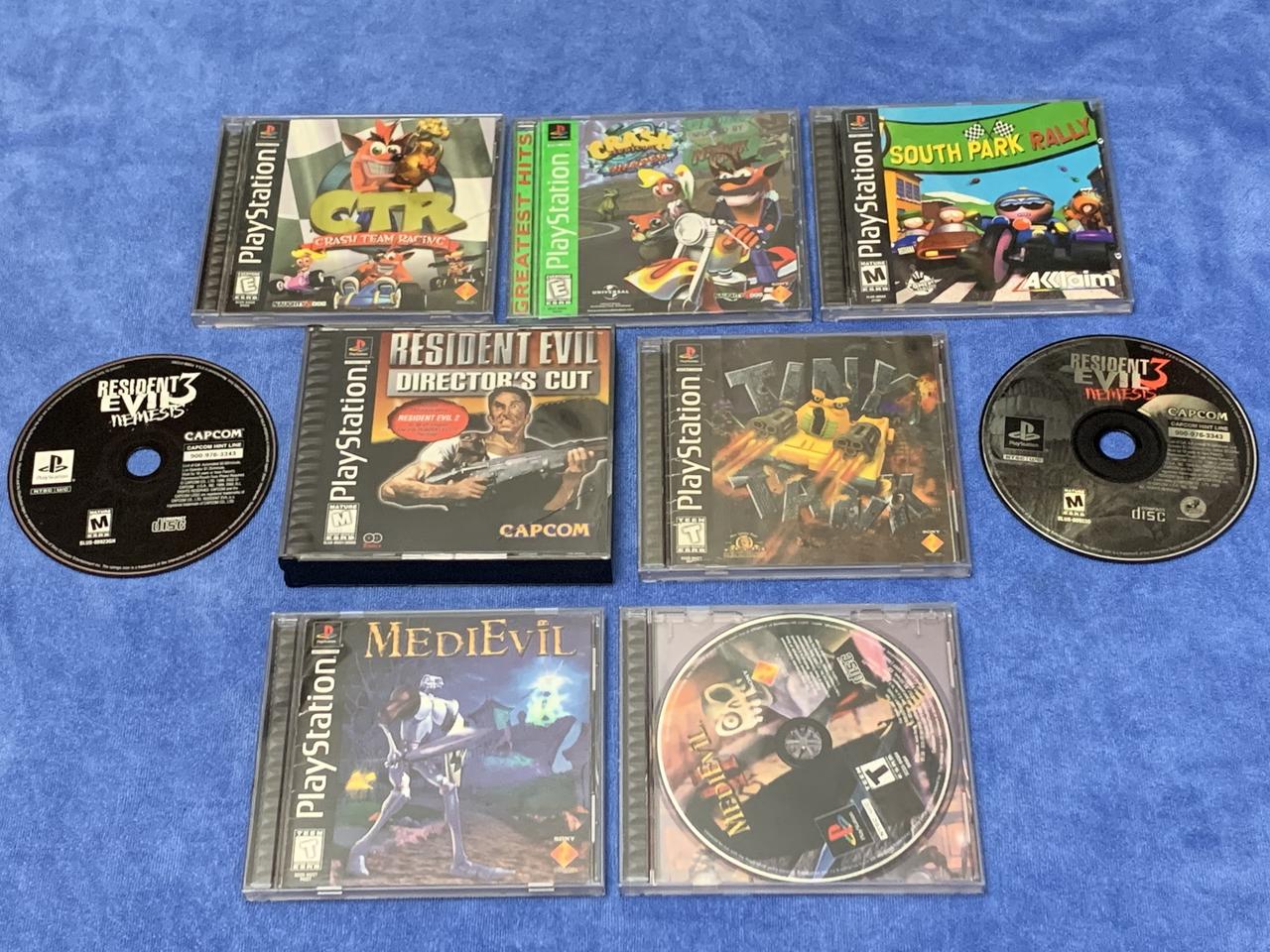 Saw this badboy posted online for FREE and quickly went over to pick it up. A 32" Sony Trinitron Wega TV! This thing weighs 176 pounds! It actually came with a stand specifically designed for the TV, which is really cool. 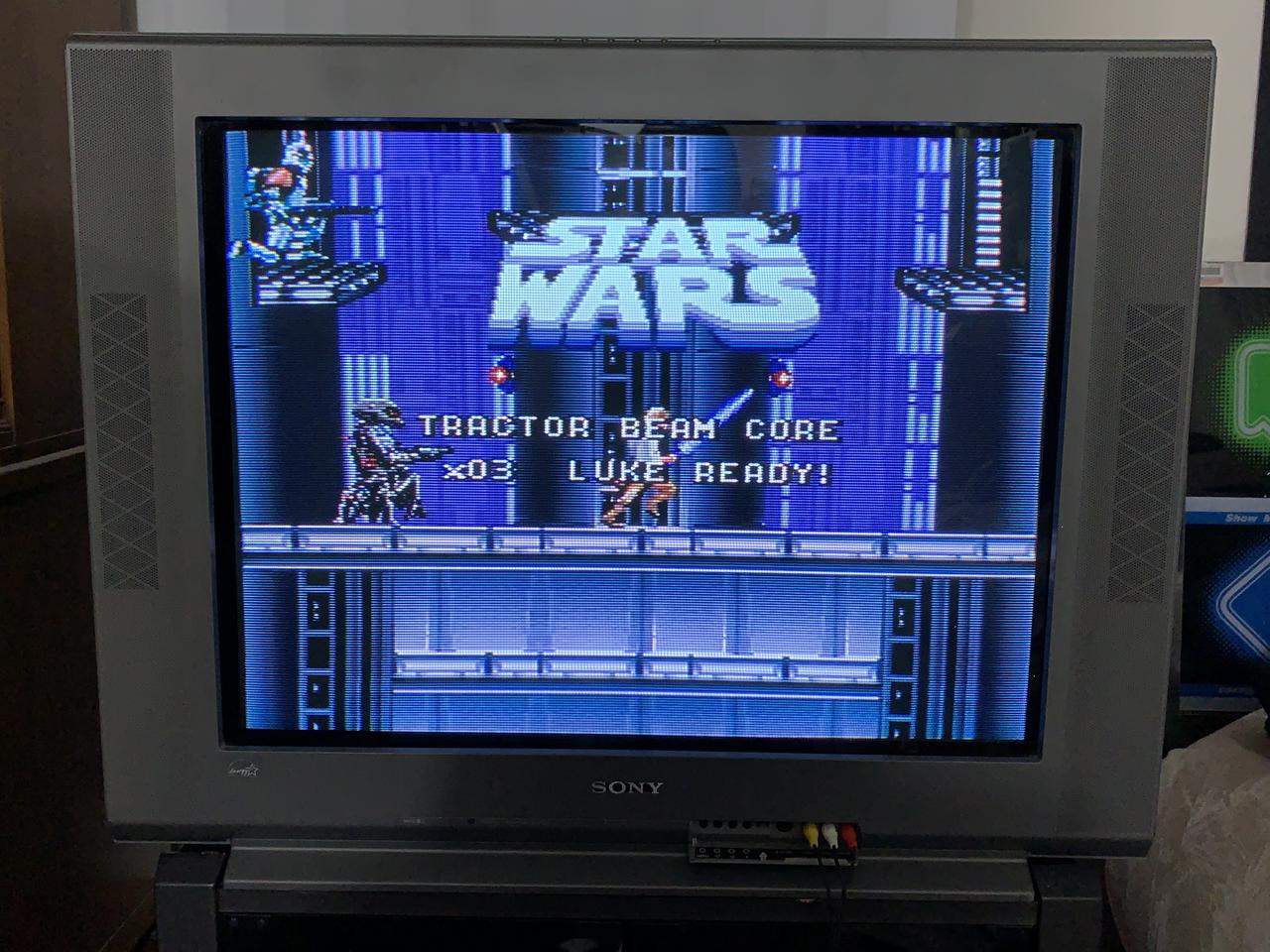 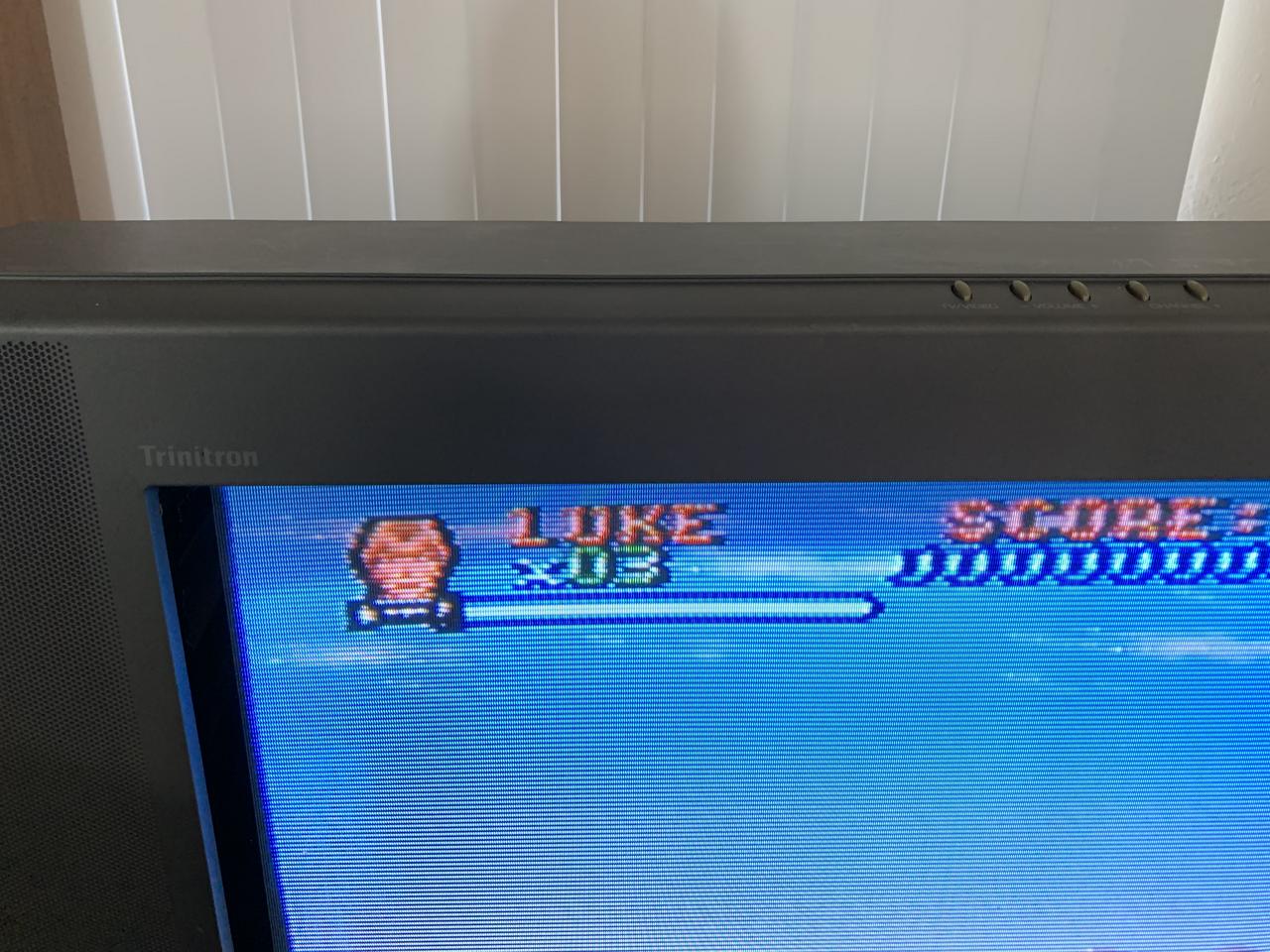 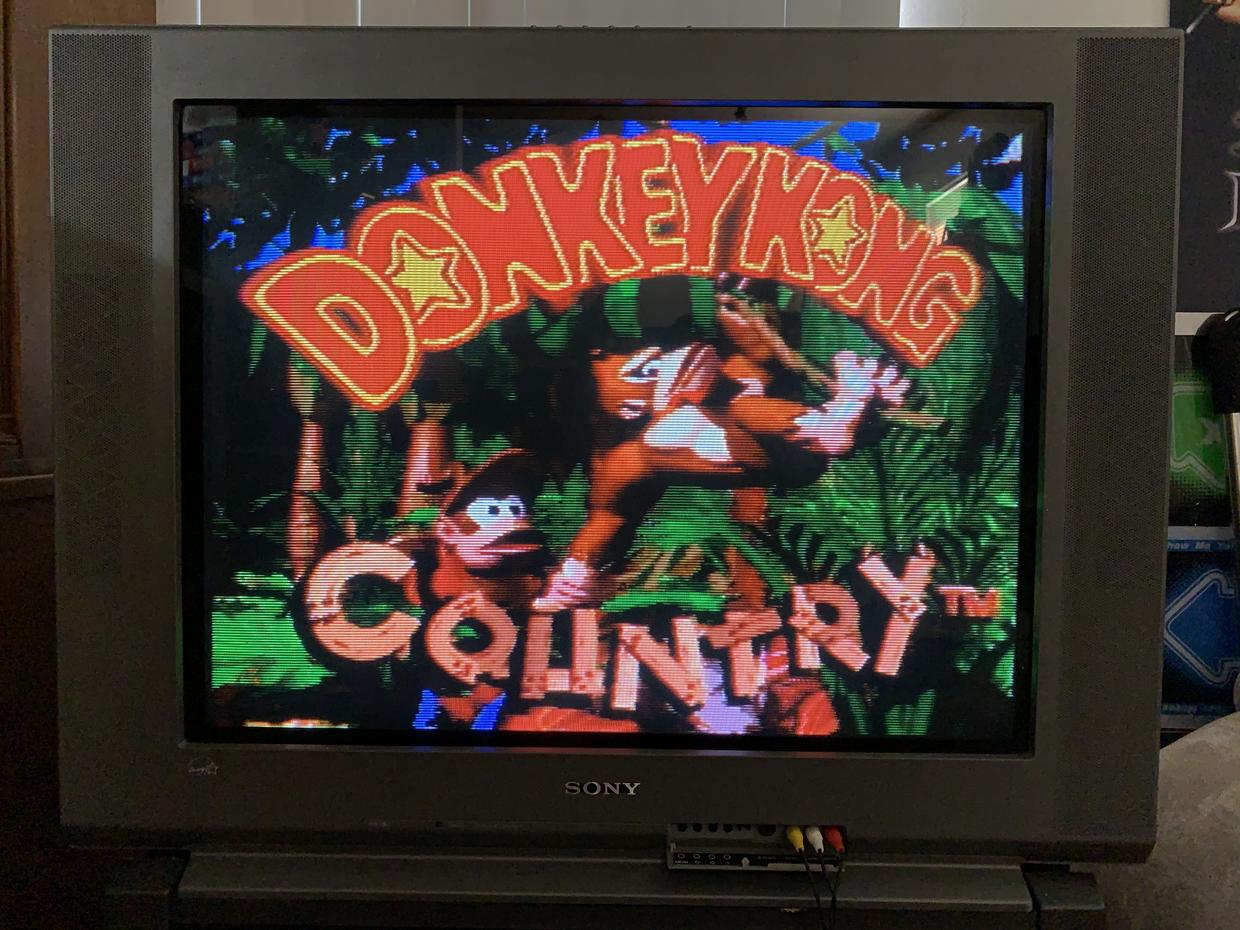 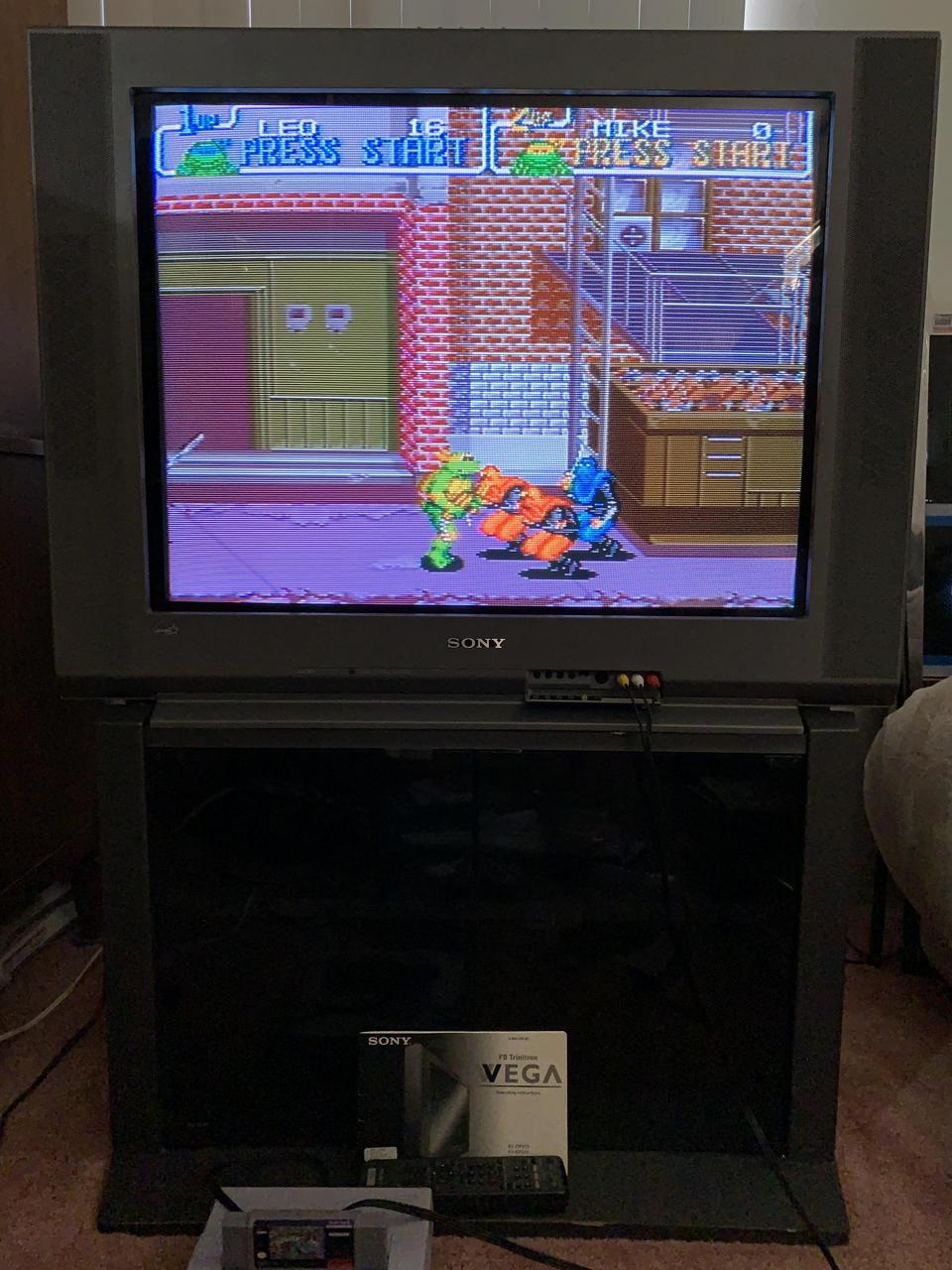 But wait! There's more! The guy I got this from knew I wanted it for gaming and had no use for some N64 stuff he had leftover. So he gave it all to me for FREE! (Thank you, kind sir.) Goldeneye and the N64 system on the bottom have seen better days. The WCW cartridge case was literally pried apart and glued back together at the screw holes (I swapped out the back with the NFL game's case). The top N64 system came with a power brick that wouldn't lock into place. I simply opened the brick up and pulled on the fastener outward until I found it would lock back into place with the console. Really happy to get the Duke Nukem games too. 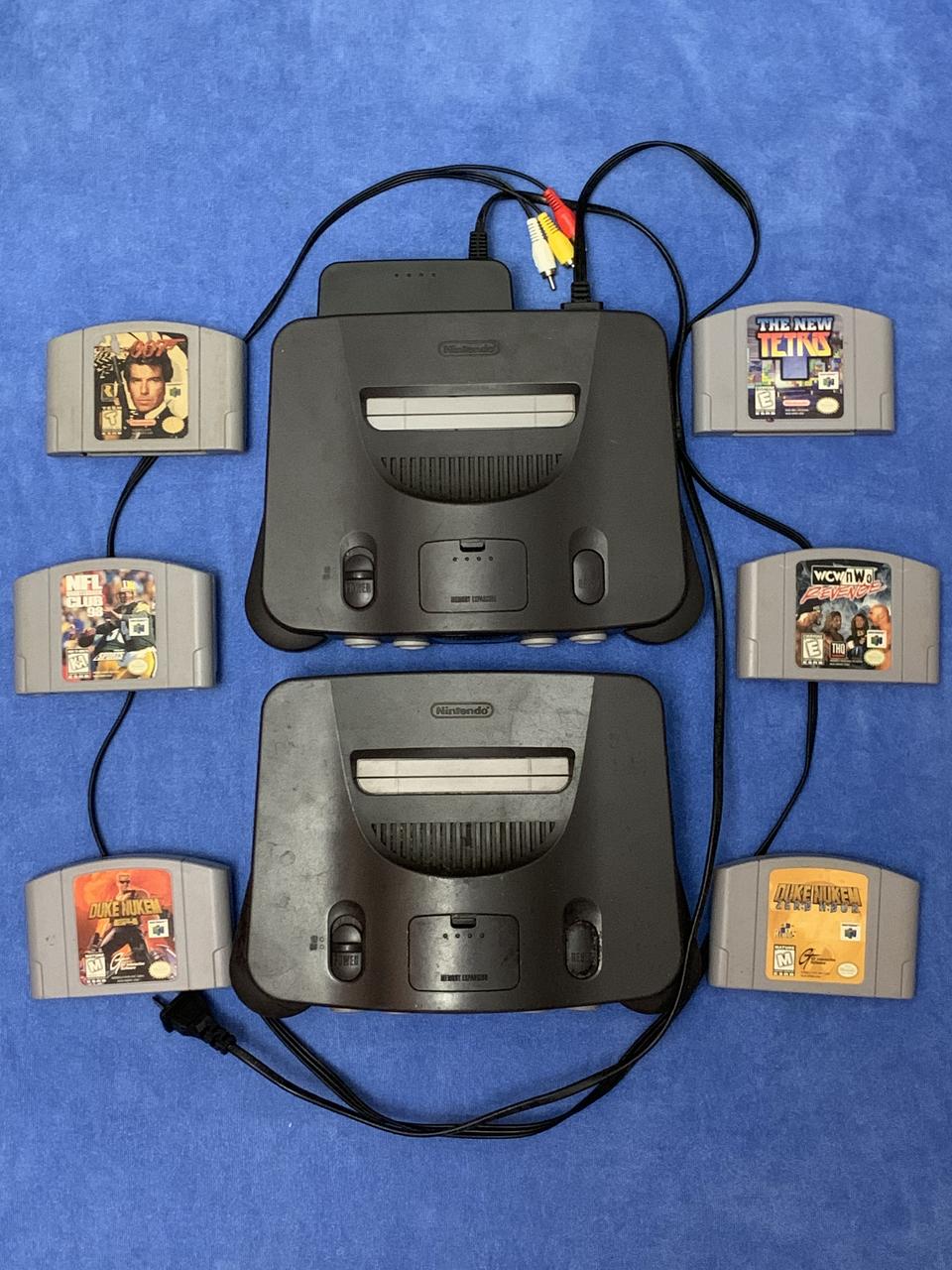 To end the week, I scored on the Star Fox game I found at a pawn shop on clearance for $1.99! The game was complete too. Project Sylpheed and the Wii Golf trainer games were $2.98 at a Goodwill. The Golf trainer was missing the manual but still happy to have it. Ratchet and Clank and Animal Crossing were both $2.18 each and Animal Crossing came in the wrong case. I happened to have a spare in storage, however. Shrek 2 and WWE 12 were local $1 each pick-ups I made just to support the thrift store I bought them from. Dream Trigger was a game I had a case for for a few years and thought, it's $1.79, I might as well pick it up. After passing by that Gamestop for months, I finally grabbed the game. 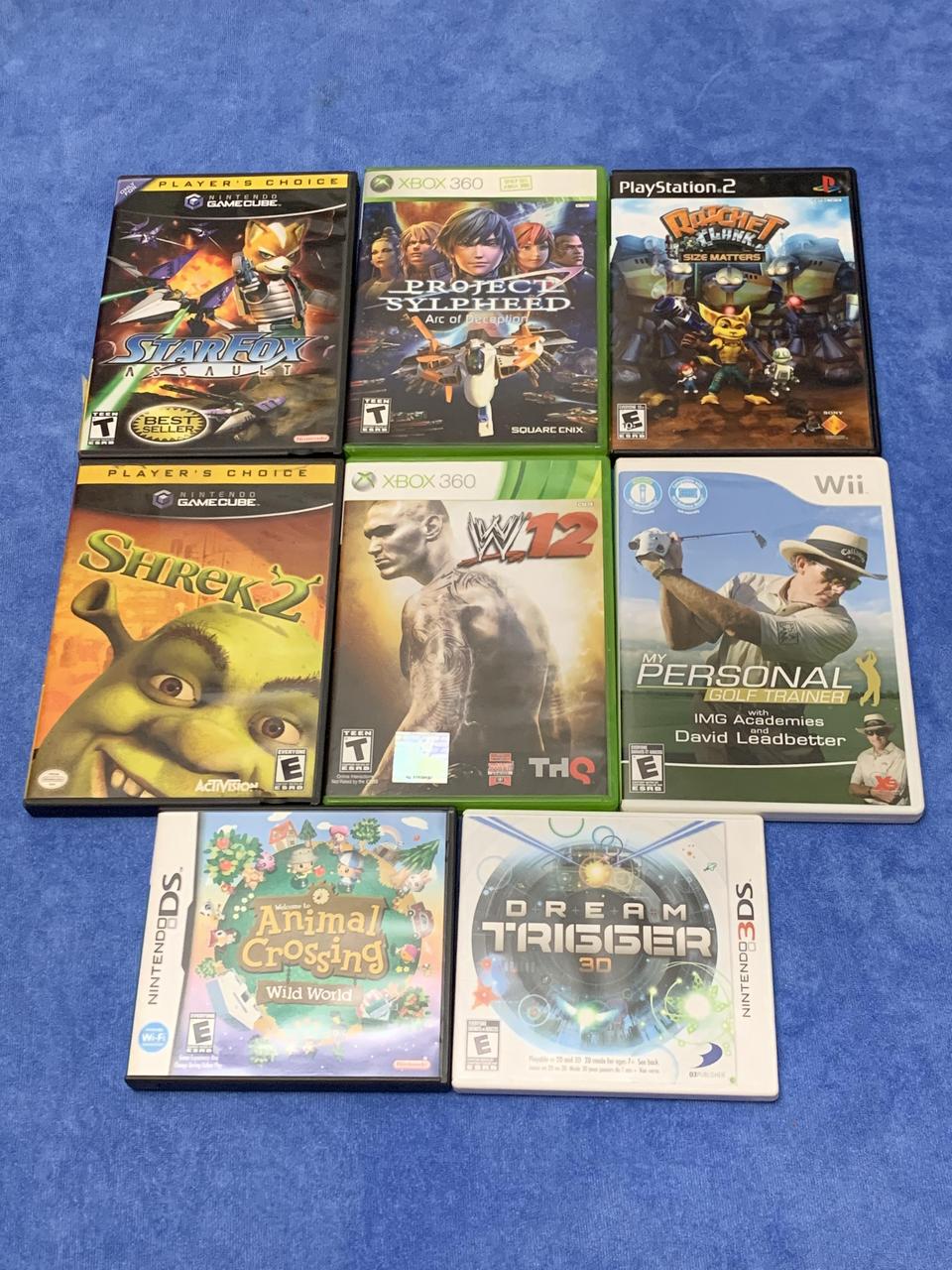 Edit: Forgot about this find a day before I got the TV. A PSTV console. Very happy to include it in my collection as I prefer to play games on the big screen. 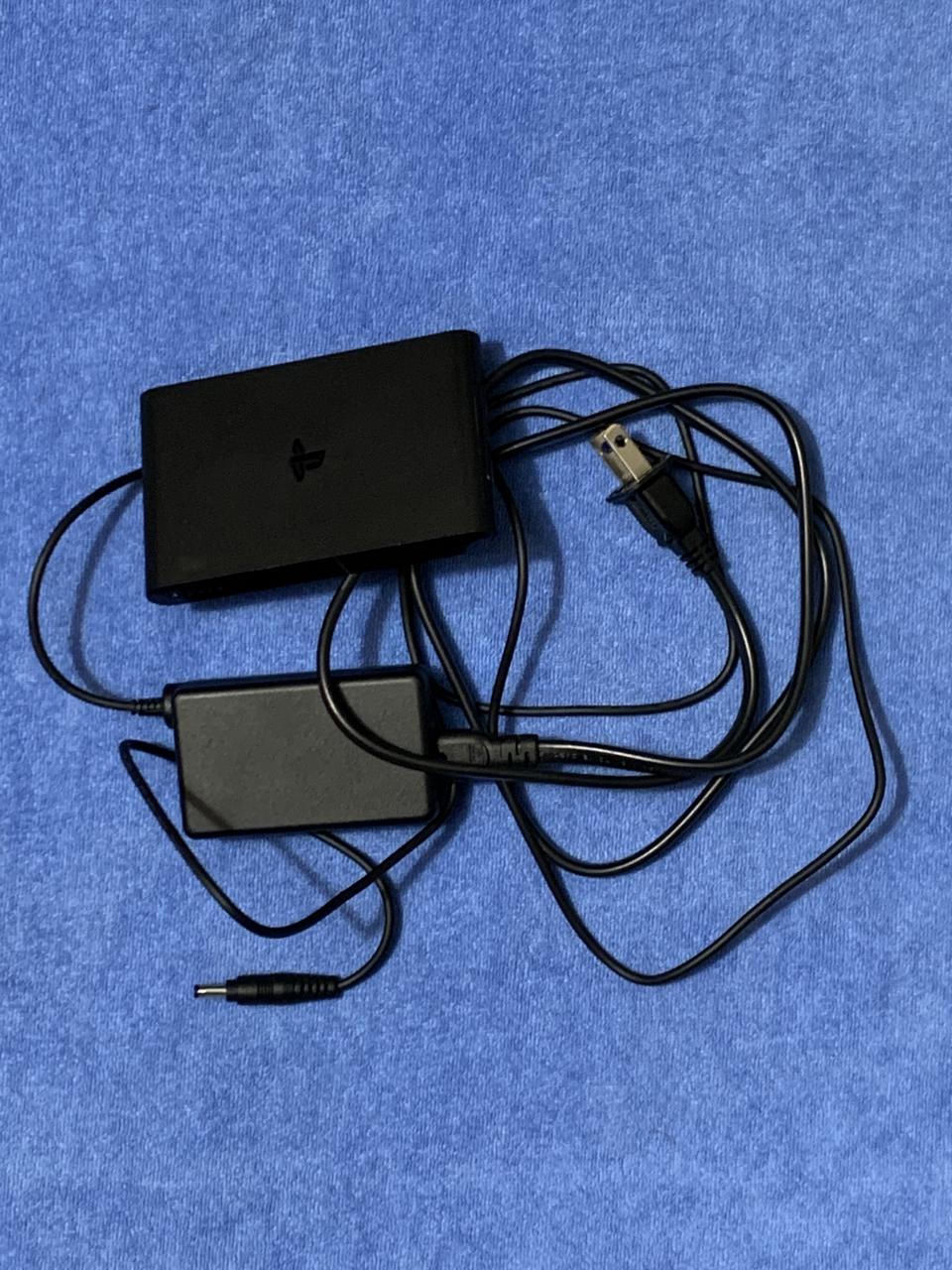 These are GameStop pick-ups from three weeks ago or so.

These were from GameStop's Buy One Get One sale, I think. Sonic was resurfaced poorly and MotoGP 14 has a couple long hairline scratches and looks like someone spilled a drink on it. Bleach surprisingly came complete but the other DS games did not. I did have cases and manuals for them, however, except Star Fox. 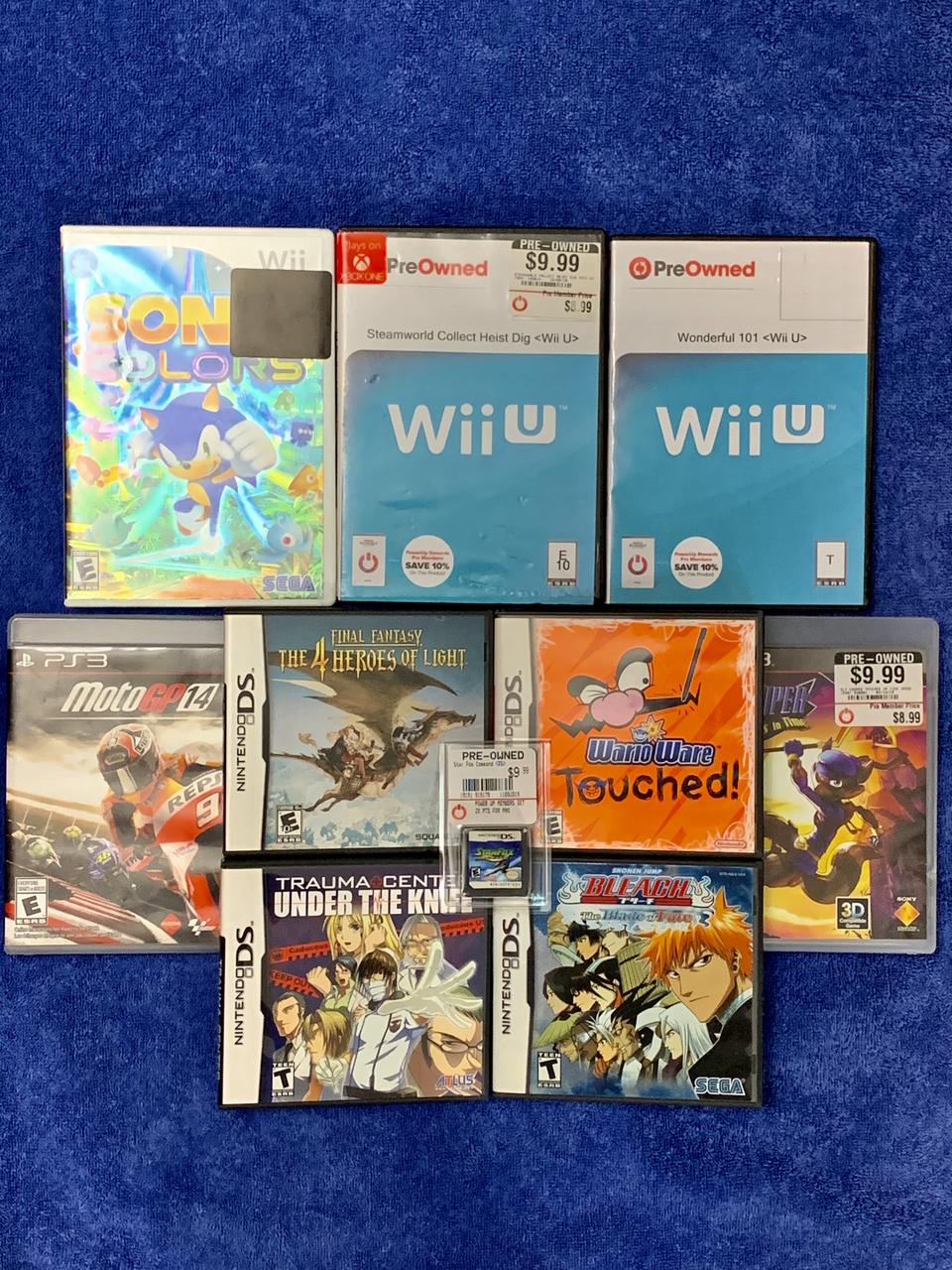 Pick-ups online from Gamestop's 4 For $10 and 4 for $20 deals. I had a case for Killzone and GameStop was selling it for 99 cents, so I bought that too. Funny enough, they actually had the case for it as well. 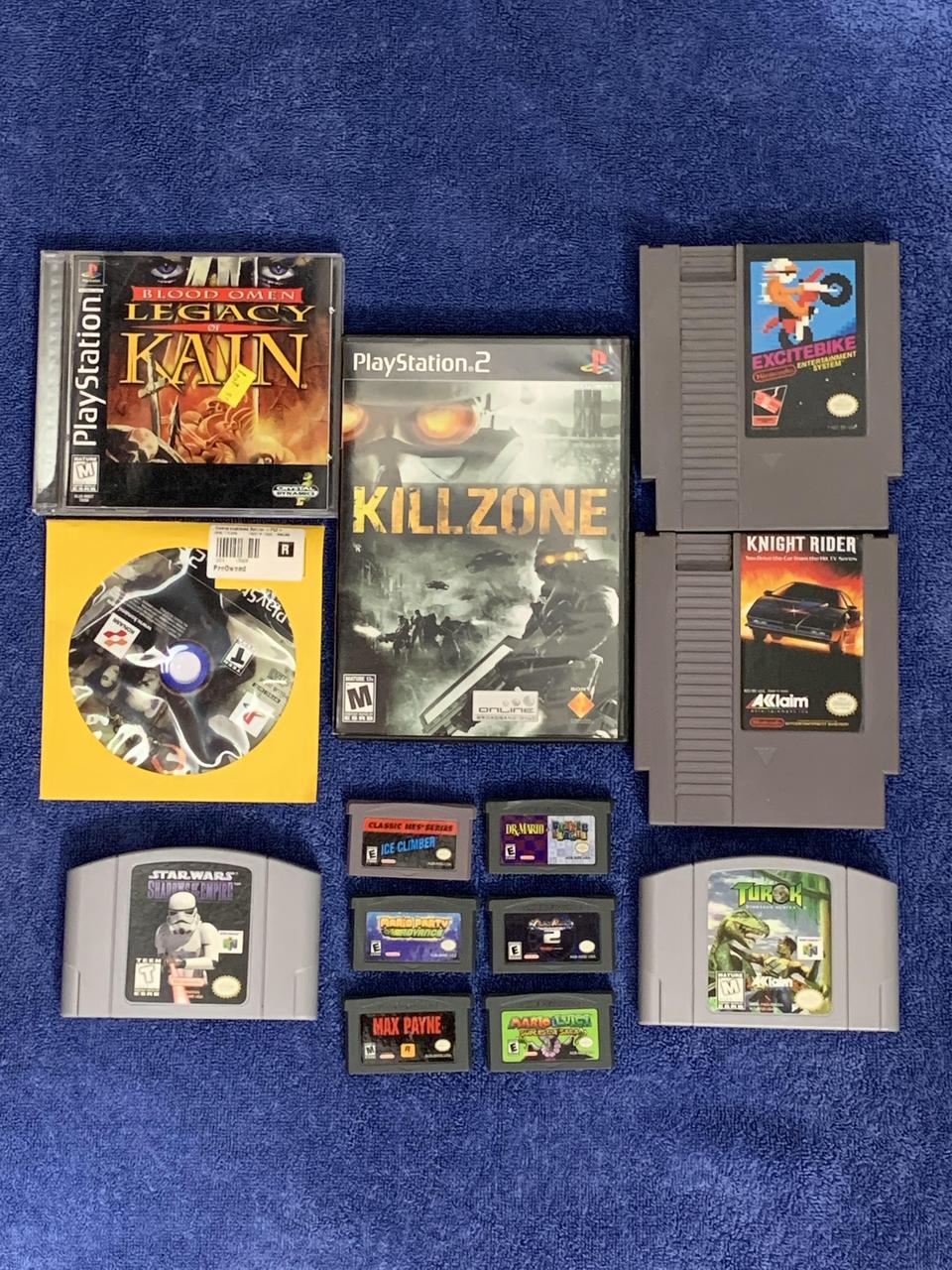 More Buy One Get One goodies. No problems whatsoever with these aside from the DS game coming cartridge only. Clearly, I was prepared. 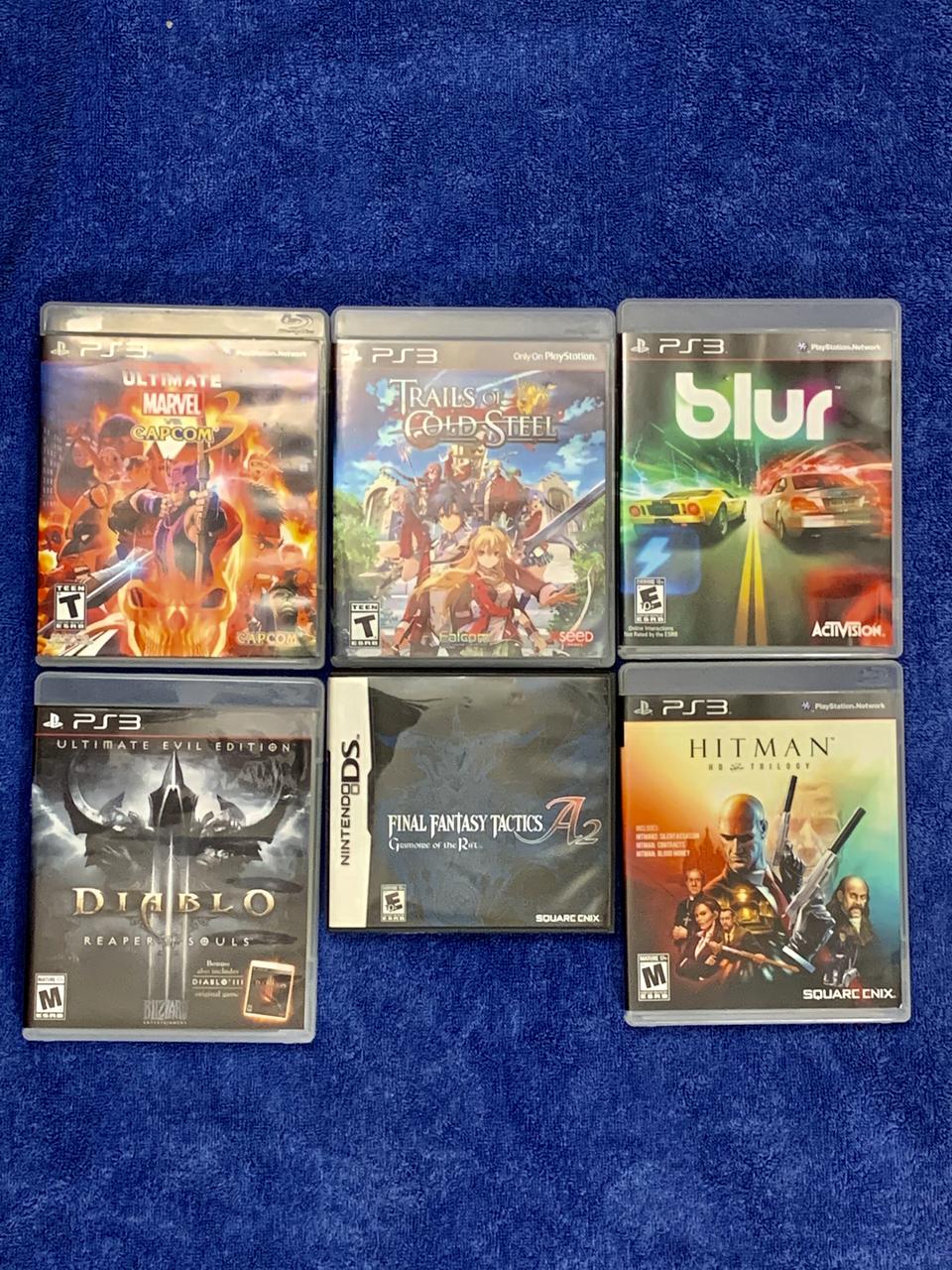 And even more Buy One Get One goodness. The Pokemon SoulSilvers came game only (had the cases and manuals already) but the Star Fox DS game was complete... at a Gamestop! I bought another loose copy online  earlier in the week not realizing I didn't have a case and manual for it in my collection. Don't have to worry about that now. Some kind of voodoo magic going on right there. Used trade credit on cheap games I flipped for a profit to GameStop to pick up the Wii U and PlayStation games. They came out to $4.52 each as a result. 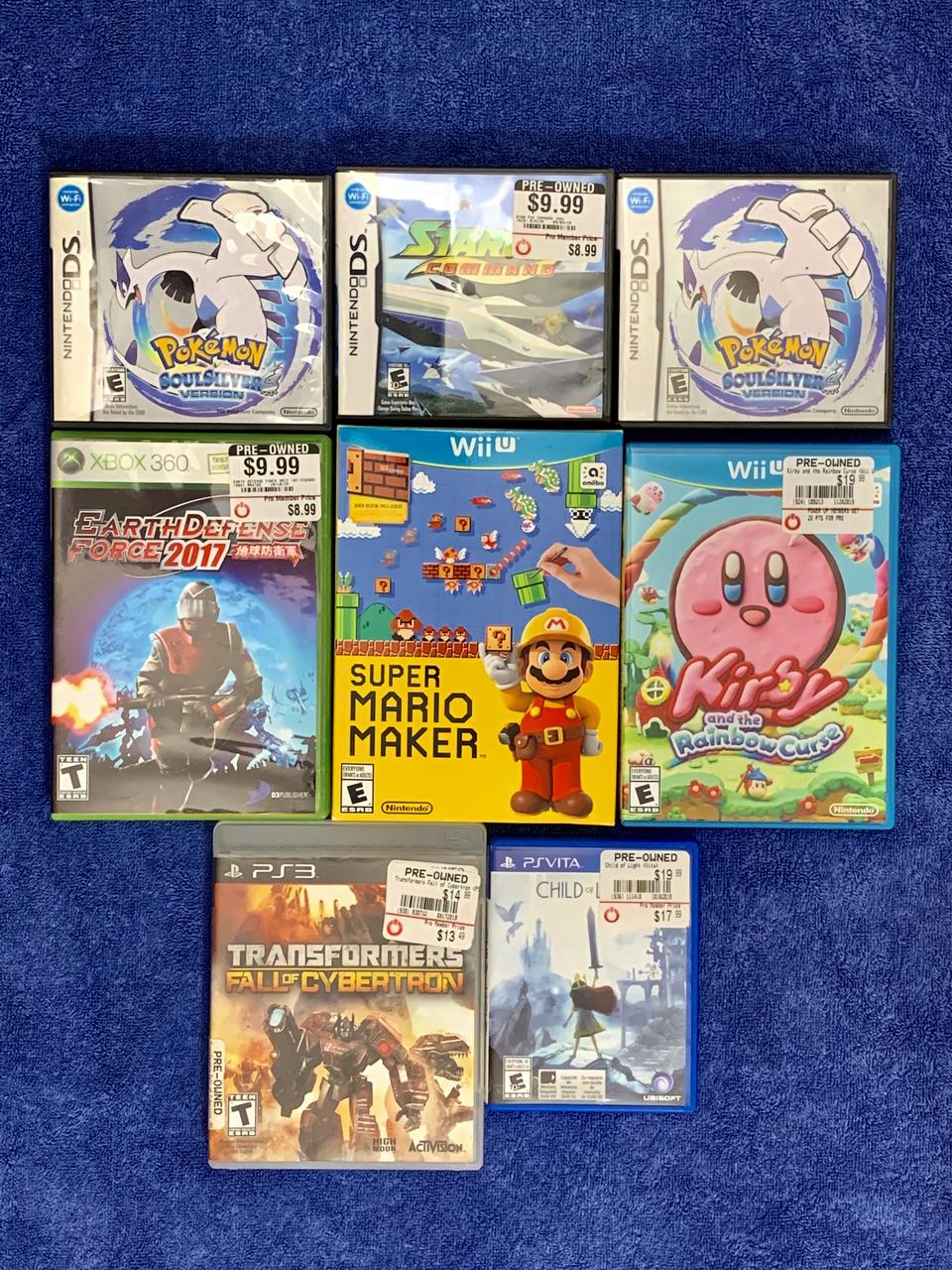 My order of Nintendo Switch games was canceled as well. Fire Emblem Three Houses shows up as being available at 6 stores within a 15 mile radius of me, Legend of Zelda Link's Awakening at four stores. My pro membership ended yesterday. I might be done with GameStop.