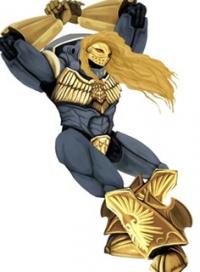 the_red_tide hasn't added any friends yet.

Anyone know a free shipping code for GameStop? I’m trying to use my $5 off item coupon online but if I pay for shipping it kinda defeats the purpose. Damn GameStop

Try to see if you can pick the item up at a store, otherwise you are out of luck unless you spend more than 35 dollars. The code for free shipping was SAVER, but it has not worked in quite some time

wasnt there a b3g2 in november that worked with all the switch games?

No, it was a B1G1F sale on all games for Black Friday.

Hmmm...apparently there's a note on my account that I exceeded the monthly trade limit? Is that the trade ban? Don't think I went over the 4 same game limit. How long does this last?

Did you trade in more than 2k in credit or 500 in cash in the past 30 rolling days? The ban will probably last for 90 days if so.

Sounds like the same lot that spend their time trying to flip games.

I take offense to that, flipping back for trade credit has yielded a substantial growth in shit I will never play.

I ordered 7 3DS games from the weird one day sale on select 3DS games and the buy 5 to get 50% off so the games came out to about $6 each in that order even after shipping.
In that batch I had 2 games that my system wouldn't read at all. I spent about 20-30 minutes extensively cleaning the contacts and finally got them both to work.
One had contacts that just looked really dirty and possibly oxidized. The other it looked like some kid used a pen to draw on the contacts. Some of them were so covered in ink they looked black and I thought they were missing. I was briefly afraid someone popped the cases and swapped the games to trade in for a higher value. Seriously, who covers the cartridge connectors with ink??

Is there a list of closing locations? I know in the pre-COVID closures there was a guy who posted them somewhere. I'd love to find out which ones are closing without having to drive around checking every store in the city.

Thanks for the reminder.. do you know if the GameStop gift card diminishes in value in any way over time?

Not to my knowledge, so you will be fine for awhile. It is a stagnant currency, so it will lose value over time with inflation, but that will take several years or decades to notice.

If I specifically ordered the steelbook edition of P5 Royal as part of the B1G1, there's not much I can do to ensure I receive it, right?

Nope, you don’t have any say. Ordered three, one came complete the other two came in a generic case.

Popped onto r/HardwareSwap last night and saw a posting from someone who bought an EVGA 3080 XC3 Ultra the day before, was having buyer's remorse* and was looking to sell it for $50 over what he paid.  Met him this morning, got card and Micro Center receipt and it's humming along in my machine now.  I was happy to pay $50 extra to just not have to worry about it or hope to luck into a random sighting on Newegg or camp out in the Micro Center parking lot at 4am and hope a truck shows up.  Between that and some other news about an election thingie, it's been a pretty good day!

Spoiler
* Longer version: He showed up for the Ryzen CPU launch, they were sold out before he could get to them but they were putting out a couple 3080s and he bought one as a consolation prize.  Then he realized, post setup, he didn't really want to sink $800 into gaming at 1080p and just wanted his money back.  Went the Good Guy Greg route of a minimal markup for his time versus the 2x MSRP scalper route.

Fortnite is free just incase you missed that. It's also not good at all and is specifically made for kids.

Fortnite is free just incase you missed that. It's also not good at all and is specifically made for kids.

The physical copies are sought after and worth a bit of money. Is the PVE more free?

I'm sure this has been discussed before but need some advice on RDR2 pc before the sale expires. I played about 30 hours on the ps4 version and then decided to sell my copy with the intention of eventually buying the PC version. I put it on the back burner and recently thought about finally pulling the trigger. I just purchased a gaming laptop and should be able to max out the settings.

So my question.......Is the PC version noticeably better, more immersive and worth the platform jump? read mixed statements on the differences between versions but would love to hear the opinions from the CAG community.

It all depends on what your builds specs are. In general the resolution and framerate are going to be better than a base PS4. Played Red Dead 2 on a Xbox One X, then switched to pc. Saw quite a boost in visual detail and a stable framerate. Most of the mixed reviews are for Social Club, which can be a pain at times if it goes down. If you are just going to play single player then go for it. If you don’t like it you can always get a steam refund before the time limit.

I'm really debating on what to do with my low end current gen stock. I have a literal pile of 80 or so games that I'm hoping for a +5 on to trade in, but if GS really is completely trying to get rid of stuff like that I can't see them doing a +5. Might end up trading some of them in towards the TLOU2 and then return it, even if it gives me a small loss on the games.
What they're accepting is wack. They accept a $5 XB1 game but not Fire Emblem Warriors, a frequently $30 switch game.

Trade value for FE Warriors tanked after Hyrule Warriors was released on the Switch.

wow they are rebooting perry mason? Wonder when they will reboot matlock and ironside haha.

There was a reboot for Ironside in 2013, did not last one season.