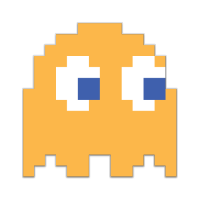 escapism hasn't added any friends yet.

It showed me the $1 price through subscriptions on my Xbox.

You currently have Game Pass, right? Wait until it lapses and then you can get the $1 price.

3 is the best I think but 2 is fine as well. I don't know what's cheapest right now.

Both offer all the modes I talked about and coop modes.

Now that is cool, I'm really impressed with Rockstar's support for old games (GTA4 could have just as easily been delisted). This also bodes well for Max Payne 3 given the support for the program.

It's bad if you own the OG Xbox version because the 360 version is missing tons of good music.

Awesome game, but just fyi its been $2.50 in the past months iirc.

And we still cant buy 360 games with credit on the X1? You'd think with how they hype the BC capability, that theyd have that set up by now.

Thanks for the heads up.  Think I'll still buy it, though, even if it's been cheaper before.  I'll consider it "stupid tax" I'm paying for not getting it previously when it was $2.50.

It really is a great game.  I had written up about 6 paragraphs of why I love this game so much, and what it meant to me as a kid, but then deleted it because I figured it would be boring to people who aren't me

So instead I just complained about my ethernet cable and left it at that.

i love that game glad for this choice

never could finish off the final boss

Pretty sure it’s already been announced as coming to all systems. I think the last trailer that released showed all system logos at the end, as opposed to the first trailer which was Switch only.

That usually costs $20 extra on Craigslist

I didnt really follow if this is the case or not, but that article on jeuxvideo.com was saying that there wasnt an exclusivity deal for Nier on PS4 so it could be possible.

I Swear to God if you're trying to infiltrate our forums just to lay eggs in our chest I am going to be so upset...

If even Darby is telling the guy to cut it out, I don't feel bad.

YOU ARE UNWELCOME WITH YOUR CONSTANT POSTING OF TRASH.

Start your own thread if it's so important.

You can just ignore users instead of yelling at everyone on an internet forum.  Here, I'll attach a screenshot of how you can do it.

I also find his posts to be helpful, but to each their own

I don't mind reedus posts. They are always about Xbox deals or content so very relevant to the thread. Like CaptBrannigan I don't buy from the other regions because of the pain of getting currency but it's useful info and he typically uses the spoiler. Easy to block him on yours if you really dislike the posts.

If even Bloomy is telling the guy to cut it out, I don't feel bad.

YOU ARE UNWELCOME WITH YOUR CONSTANT POSTING OF TRASH.

Start your own thread if it's so important.

I disagree. I don't buy games from other regions (unless they're GwG), but that's mostly because I don't want to end up with 50 schmekels here and 0.34 rupees there.

However, there's nothing illegal or sketchy about it. You can save something like 20-30% off a new release right away rather than waiting months hoping for a sale (looking at you, FC5).

On top of that, the guy posts in spoiler tags. You don't even have to use the ignore function when you can scroll past it in one second.

My friend always joins partys through the app and uses his laptop mic while playing on Xbox. Nice feature to know of when you dont have a mic.

Every HDD that's ever failed me or died has been a Seagate. Anecdotal, but the last time it came up on a forum, ~20 other people said the same thing. Take that for what you will.