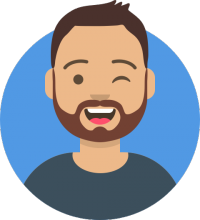 Keys are valid for US & Canadian PSN accounts.

Picked up 2 today as well. And I agree that’s one helluva deal. Might pick up 2 more next weekend lol.

It is back on sale now.

1 Year membership is back on sale

I bought a year of PS plus a month or so ago. Despite having bought from CDkeys before, with the very same card, my credit card company also had it flagged for suspicious activity that I had to clear first. Anyone care to guess why this is happening more?

I use Paypal, never tried purchasing with credit card.

So, Iet me start by saying I have no idea myself.  This is simply what I read this morning.

The 3-month Game Pass Ultimate cards are "on sale" (?) for $24.99 on Amazon.com.  Given my trouble redeeming more than one MS Game Pass 3-month card, the way other folks said worked fine for them, then Kobe mentioned (I think I'm getting this right) that some codes might be able to be redeemed that way, and others not.

In the Q&A on Amazon, someone said you can only redeem one Xbox Game Pass Ultimate code at a time, and when one code "expires", you can then add another GPU code to activate the next 3 months.   Obviously, that's not how most codes have worked before.  But if that's all it is, and I need to buy a few, save them, and redeem them as needed... well. THAT'S easy enough.

Question is... can anyone confirm that?

Just removed the deal since it is a bit cheaper on Amazon now.

As for stacking, I just checked reviews and Q/A on Amazon. A lot of customers stated that you can stack up to 3 years (36 months).

Everything I just type got deleted.  I'll try once more but NOW I"M ANGRY!!!

I bought one more for those Game Pass 3-month codes.  Figured for $9, I'd see if I could add time to my Xbox Game Pass Ultimate account like you all say I can.  Only I paid the $9, tried to apply the code to my account, and got a message about "trial" codes only being 1 per account.  I did NOT buy the Game Pass Ultimate code, but the Game Pass 3-month membershiip immediately mentioned above... so NO IDEA what I did wrong.  I've emailed CDKeys explaining the whole thing, and explaining I'm still waiting on a refund of one of my codes from last week, and now this $9 purchase that didn't work.  :(

It seems that you got the wrong code. Some codes being sent for this deal are for new accounts/subscribers only. You should get a refund like others without any issue.

I will remove this deal from list until it gets fixed.