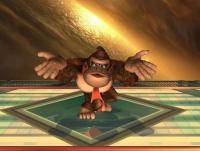 BadWaluigi=Luigi hasn't added any friends yet.

Just FYI - Best Buy's eBay page has many of the same deals and shipping is free regardless of price. Example: RE3 Remake. So much better than driving to the store =D

4 or 5 years ago, regular sales were better than black friday sales are now. I hardly even look anymore. It's always been a way for stores to get rid of old stock, but these days it seems they are far less willing to part with old stock for cheap. Most BF deals recently are repeats or discounts I find to be normal for any time of year.

My opinion overall of this game set, so far, is...

Overall it's OK but leaves a lot to be desired. First, these are mere emulations of the games as opposed to Nintendo making more of an effort to port the original code over. That would have allowed for better image quality and framerate. Instead, Mario 64 still runs at the same cruddy framerate which has aged not too well. There is some jank in Sunshine. Galaxy still runs as well as it did on Wii, so not surprised there.

Feature-wise, you can tell this was a cheap cash grab. There's a music player and literally nothing else. Even the intro seems very amateurish. I wasn't expecting RARE Replay levels of fan service (although, why shouldn't they be held to that standard?), but there is absolutely no love for Mario in this port.

Bottom line is that Iwata would have never let this out in this state. I miss him so badly.

Hopefully we'll get an actual Mario 64 remake from the ground up, which will of course most likely cost $60

That clock feature is cool but if it ends up draining the battery at the same rate as the games, then wtf is the point?

it's probably better to at least secure one preorder

is exactly what they want people thinking. Personally, a soundtrack feature is not enough to get me excited for this. Also, the fact they are making the digital puts me off. Really sleazy. Not playing their mind game this time around. This crosses the line.

Don’t have the time or the inclination. But just know your ranting makes you look like an uninformed idiot. I’m pretty sure any business 101 course at the community college will solve your problem

Not going to happen. They brought in GCU with the goal of becoming the #1 videogame retailer and that didn't happen even with $10 certs and magazine coupons. They just can't compete with how many locations GameStop, Target and Walmart have so it had to go. Better to cancel the program and lose a few sales then to continue making only $1-2 on each game.

Interested to see how the gamble pays off. If more customers are like me, then it absolutely did not. If not, well good for them.

Personally, GCU brought me to BB's website and b&m locations and often resulted in me buying something else, like a movie. One of the last times I used GCU in store, I came across a pair of bluetooth buds that looked nice but cheap. Checked a couple reviews, then bought it. It was $5 more than Amazon, but since I was already there and needed a pair eventually, I happily paid the premium. Now they won't get that traffic.

Well E3 didn't happen. Are you expect them to add certs for games that haven't been announced yet?

I'm referring to their offerings for the past year or two. Much more selective. Used be twice as many eligible titles.

Just look at that list - nothing between April and September. Seriously lol? Plenty of games have released since FF7 Remake

The list of eligible games is awful. Between far fewer credits and loss of GCU, I don't think BB is even trying anymore.

It's almost like Hamble wants me sitting on my grandfathered classic pricing plan pausing every single month for the rest of eternity.

honestly, going through eShop sales these days has become an exhausting chore. 99% is shovelware garbage, repeated sales, and prices that arent even that great when compared to other platforms (the switch tax is complete bs pro-corporate propaganda). I bought VVVVV for $1 in like 2012 lmao

Warcade is hilariously bad, but for $5 why not.

because you just said it was bad?

Loool $5 is asking too much