B-Man hasn't added any friends yet.

Anyone by chance know if the Resident Evil Deluxe Origins bundle is two separate games, or is it like the disc version where you launch it and can choose either game?

It's just two separate games (plus DLC).  It doesn't contain the launcher that the disc version does.

There's a free Shenmue dynamic theme available here.  It's a very nice theme if you're a Shenmue fan!

Is this the cheapest Yakuza 0 has ever been?  It seems like the Yakuza games hold their value pretty well.  Is it likely for the game to be this price or less again in the future, either physically or digitally?  I'm trying to decide if I should spend the $30 now even though I'm not necessarily in a huge rush to play it.

I don't really understand the whole bringing back the Duke controller hype.  I guess it's some kind of ironic hipster thing?  Who would pay money for a controller that almost nobody liked in the first place?

It's not like you need it to play original Xbox games.  The Controller S, the one that people actually liked, was basically the same as the 360/One controllers except that it had black and white buttons instead of bumpers.

hoping for a refund

Make sure to be friendly and patient.  Just clearly explain the issue and ask for a refund.  The $4.94 is already back in my account balance.

Well, I contacted Xbox Support through live chat about Dragon Age: Origins.  I just told the agent the truth and after checking with a specialist, he processed a "one time return order" for the game and said that I should see a refund of $4.94 on my account within 24-72 hours.

That was a lot easier and less painful than I expected.

I could see them pulling this shit because the preorder bonus stuff they usually price at like 30$, which is why they had a hundred leftover slip covers for Rise of the Tomb Raider last year.

That being said, I've been elite+ for 3 years and everyone in that store knows me, so I'm sure I can swing it with them. Good heads up though

Just a heads up.  You may not want to bother pre-ordering another copy.  It looks like Best Buy might be doing right by us after all.

Today, a different mod at the Best Buy Support Forums posted the following in the Mass Effect steelbook thread:

I'm sure with the release nearing you are all very excited for this game to be released, and I can certainly understand your desire to get a steelbook case to keep it in. The best way to ensure that you receive one is to submit a pre-order while the offer is listed to ensure that the cover is on your order.

Now, that being said, I have been informed that our order management team will work on manually adding these free covers to eligible orders prior to shipping, so if you pre-ordered an eligible copy, you should get one.

Similarly, if you pre-ordered a digital copy of the game before the free e-guide offer was posted, you will also receive a code to download your e-guide within 24-48 hours after the game's release.

I hope this answers your concerns today, but please let us know if you have additional questions."

Maybe someone else can chime in, but I never recall credit being usable on Xbox.com for 360 stuff.

In unrelated news, there's a rumor that Evolve will go f2p tomorrow.

You were always able to until the summer of 2013 when MS discontinued Microsoft Points and switched over to regular currency.  The removal of this feature for 360 content and the fact that it will seemingly never be restored is pretty damn baffling. 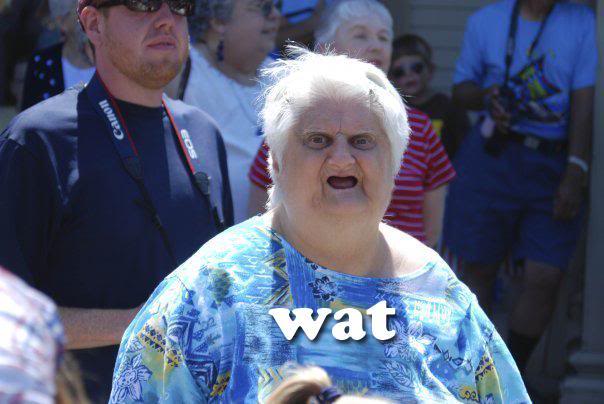 Honestly, anything that Gerstmann says about a game, especially a heavily story-based one, needs to be taken with a huge grain of salt.  This is the same guy that called Shenmue "a fucking bullshit forklift simulator for assholes."

Here is one that's on topic; top 5 date night pick ups with price you paid?

Duh, nobody actually plays the games they buy on date night!  How are we supposed to know how good they are after we've added them to the hoard?

In all honesty though, I'm not gonna make an actual list, but I will say this.  The best night of Xbox deals that will always stick out in my mind was during the countdown to 2011 sale.  There was a daily deal that had all three currently available Mass Effect 2 story DLCs on sale for 200 MS Points ($2.50) each.  This included Lair of the Shadow Broker, which is normally $10 (800 MS Points).

This was an amazing deal at the time because back in 2010 Xbox Live never had 75% off sales.  Even today, it would be a really good deal.  You could get Lair of the Shadow Broker, Overlord, and Kasumi all for a total of $7.50, only $0.50 more than Overlord or Kasumi alone and $2.50 cheaper than Shadow Broker alone.  Then it literally took years for the same DLC to be on sale at all and I don't think it was ever that cheap again.

They aren't really flash sales, but we do occasionally get price mistakes that last an hour or less.

Btw, since the hacking does anyone else need to re-sign in like every couple hours?

That was happening to me.  I deleted the CheapAssGamer.com cookie from my browser and signed in again, and I'm pretty sure that fixed it.

To get the new year and new thread off to a good start, regardless of whatever the deals may be tonight, quote this post for a chance to win 1 year of XBL Gold.  Winner will be picked by random.org at approximately 3pm Eastern tomorrow afternoon and posted soontm after.  Only 1 entry per poster will count.  Good luck!

Thanks for the contest

I'm not sure what else to say

So here's a haiku

Found out about this on the Android thread but the sale is also going on for Windows 8/10/phone.

Also, it's a universal app, so for $1.99 you get both the mobile and desktop versions.  They supposedly have cross-platform cloud saving too.  It's just a shame there are no Xbox achievements.

By the way, for anyone looking to get a new Windows Phone, the Lumia 640 will be $30 at Best Buy for Black Friday this year.