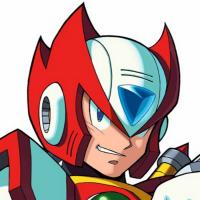 laserbearcat hasn't added any friends yet.

I did my 1000 for Blaze and the Monster trucks last night. It was a heartfelt and amazing experience.

What the hell? Back in the day it was like what 3 months? Now its lifetime? :/

It is the two disc version they are asking for. They had the same problem with

There were probably some more examples but those are the only ones I ran into. They some how combined the editions when they erased most the ps3 and xbox 360 games but kept some of the more popular ones for trade in.

I have $3.46 on Gameflip. They gave me two dollars. What should I buy? I found Binding of Isaac but not sure its for me.

They're worth it for the music imo. I only played through a few levels of Slain, but I haven't been a fan of any of the 2D soulslikes. I probably spent as much or more time idle in the menus just jamming to the music as playing the game. Valfaris looks more Contra-like and from the gameplay I've seen on YouTube it looks pretty sweet.

I bought the bundle and Valfaris is awesome. It's a Sega Genesis game with better controls and music. It is linear and the difficulty is not cheap or over the top frustrating. They are very generous with check points and if you don't use them you become more powerful. Its kind of a cool mechanic.