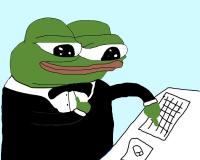 mikeshinobi hasn't added any friends yet.


Do all forms of making a profit make you cry or is it just resellers specifically?

Besides all the stuff already posted, I found Narcos: Rise of the Cartels (NSW) for 3 cents. Doesn't seem to come up in Brickseek.

I also found A Hat in Time (NSW) but it was restricted.

I’m sure they’d rather return and get the credit from publisher than sell it for 10-15 bucks.

Well they've been putting games on clearance since... the 90's, probably? So apparently not?

The only time that I've had luck buying a $.03 game was when I could take it to self checkout and get it paid for before they opened the security case for me. Any time they have to get them out of the electronic's case I've been shot down. Regardless, I may give it a shot anyways!

I'd be curious to hear if anyone is actually able to get through the checkout process.

I've gotten people to sell them to me plenty of times, but today they were actually rejected by the register.

F in the chat for 3 cent games boys. I was about to get 2 copies of Layton's Mystery Journey for Switch too. Huge F.

I wonder if that store marked it back up in cost. I found it for $1 a month ago. Spyro for PS4 was $5, I bought 1 of 3 copies at a local store last month. A week ago the same store had the same 2 copies back in stock and marked them back UP to $30. I went back to buy another copy for a friend as a gift, called a manager and all. They refused to sell it for the original price it was I bought weeks before. They had no answer how they can put a game in a clearance bin for 90% off then put it back on the shelf weeks later for full price.

The interesting part about some of those games like Spyro is not only did the put them back to full price but they also restocked them. I thought the point of clearance was to clear out your inventory... so...? Not that I'm complaining hey, put things down to $5 randomly for no reason more often please.

Went to some weird Walmarts today because I have literally nothing better to do and found Kirby Triple Deluxe for 3 cents. Had to suplex the cashier to get her to let it go for that price but in the end she gave it up.

Not really, she was just like "dang 3 cents? Not bad!" This was also the first Walmart I've seen that actually had price tags on the shelves for 3 cents

That's such bullshit. Years ago when Other M for the Wii was 3 cents it rang up 3 cents but the tag said $39. They wouldn't let me have it for 3 cents even when it was clearly ringing up at that price. It's like, no matter what they'll always come up with an excuse to charge you the higher price.

I've never had this actually happen to me but it still annoys me to read about. Why do these Walmart employees care so much? If I worked there I would sell 3 cent games all day and I would do it gladly. Unless they were specifically threatened with being fired for doing it before or something, then I don't get it. Denying a sale to a customer when you clearly have plausible deniability in the worst case scenario that someone starts questioning you about it ("it was marked for that price"/"it rang up at that price"), for what, so you can defend the profits of the giant corporation? You care about Walmart that much bro?

Picked up some PS4 games while I was on the south side today. Spyro Collection for $5, Man of Medan for 4$ & Monkey King for $4. They also had a stack of the Sims 4 at $5 & a bunch of Sports games for 3 cents. I passed on those though.

I actually can't physically resist the allure of a 3 cent game no matter how shitty it is, I'm drawn to it like a magnet

Is there something I'm missing about resellers driving from store to store and buying all of these games up? I have checked eBay and noticed every clearance game from Walmart has dropped like a rock to the point where you barely make any money at all after shipping, fees, packaging materials, gas, time, opportunity cost, etc. You're arguably losing money on some of these games or making so little that it's literally a waste of time. In fact some of them are so low now that I'm buying some of the games that I couldn't find from Walmart from the scalpers. It's like they did a service for me. I pay them a few bucks extra for them to hunt down the games I want and I don't have to spend my entire day going to a store that I don't particularly care for (Walmart) and they make a buck or two after all of the other costs. A $5 clearance game from Walmart for $10 on eBay that I wanted and I don't have to hunt it down myself? Not complaining! I guess they make a few hundred bucks if they sell hundreds of games or did they all list the games when they were originally high and since so many people flooded the market the prices are now all low?


Anyone with half a brain would wait until the supply dries up to some degree before they sell instead of trying to flip immediately when a million other people are doing the same. But yeah it works out great for people actually trying to buy games

infringing upon someone else's right to the same deal


Lol now that's a new one

A copy of Fire Emblem Echoes: Shadows of Valentia (3DS) for $30 ($15) randomly spawned at one of my Targets last night

Checked one of my Meijers today and somehow they restocked Minecraft Dungeons Hero Edition so I was able to get it for $8.99, hooray. Also got Far Cry New Dawn (PS4) for $2.49

possible it was a return or some sort of damage.

Yea maybe, not damaged though unless I missed something. It was just there with the rest of the "endcap games" though, I was surprised when I saw it and even more surprised when it actually scanned at $29.99 (had the white sticker for $59.99)