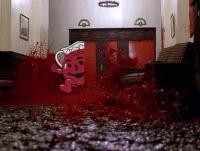 Not sure if it will work, but have you tried doing a full shutdown/power on of your Xbox? Maybe sign out and back in again?

Well, after doing basically everything i could do to fix my GPU account it seems that buying and redeeming the 3 month GPU code worked, i just had to wait a couple of hours for it to process.

Now i'm good till 9/1/2023 on GPU, thanks to chnandler_bong for suggesting the 1/3 month GPU code to set my sub straight.

And thanks to everyone that replied with suggestions to help me out, i sincerely appreciate your kindness.

Honestly I just wanted either a Series X or PS5 by April 16th for The Show. I've got over 500 hours in last year's game as it is my one true gaming obsession therefore I wanted something that I knew would give me the best experience possible.
I love everything about the XBox ecosystem and while I've heard great things about the Dual Sense controller, I know how much more I prefer the XBox controller over the PS4's. It will be weird AF playing The Show on XBox, but unless they somehow screw things up I will be in no hurry whatsoever to get a PS5 now since my PS4 Pro will let me play all the exclusives that I want to play for quite some time.
I know the main benefit right now is just loading times but I feel a lot better supporting Microsoft with everything they're doing pro-consumer while Sony is quite the opposite. Not exactly a hot take in an XBox thread but I know a lot of us have been multi-console for many years and I've always prided myself on that but I really could see myself waiting longer than ever before to get a PS5. Probably until the inevitable slim or whatever the first redesign is.

I'm on the exact same boat as you bro, i started owning multiple systems since the PS2 days and then i bought the Gamecube but when the OG Xbox came out i was oficially smitten and then Xbox Live launched and playing Halo online just took my Xbox love to a whole other level.

I continued purchasing Sony, Nintendo and Microsoft consoles every generation after that but my main was always Xbox, Playstation i mainly bought for MLB The Show due to the huge passion i have for baseball but i've always hated the Playstation controller and Nintendo consoles were mainly due to my wife's love for Mario Bros.

When i heard that MLB The Show was coming to Xbox i literally said i had no more use for Playstation due the huge backlog of Xbox games i own since I can play all of them on my Xbox Series X and S.

I was able to trade-in my PS4 Pro with a small bonus for using the credit towards my Xbox Series X on release day and i haven't missed the Playstation since.

I'm ecstatic i'll finally be able to play MLB The Show against a couple of Playstation friends on Xbox due to crossplay.

And i totally agree about Microsoft's pro-consumer mentality having a BIG impact on my decision to ditch Playstation this generation, don't get me wrong, I enjoyed some Sony exclusives like God Of War, Uncharted, Horizon, Jack And Daxter, Sly Cooper and Ratchet And Clark, but i just don't feel the need to own 3 consoles anymore due to my huge backlog of games and not enough time to play them all and Xbox Game Pass Ultimate combined with EA Play and Xcloud is more than enough gaming goodness for me from here on out.

Man, I'm on a real winning streak of late. Missed out on the $70 gift card for $50 glitch last week, and now I can't take advantage of this glitch because I foolishly bought Captain Toad + DLC off of eShop as soon as the sale went live a few days ago.

A special thanks to Brutal TJ for posting the deal, and congrats to all who got in on it.

I really appreciate the shoutout bro 😉

Wattup fellow CAG, earlier today i purchased the Special Episode DLC for Captain Toad Treasure Tracker from walmart.com for $4.19 and when i entered the code to redeem in the eshop in my switch, it was actually the bundle that includes the full game and the DLC, so if any of you wanna try and see if you get lucky like i did, then here's the link:

I bought a 12 month EA Play code from shopto.net and i redeemed it today and lo and behold, it converted to 12 months of Xbox Game Pass Ultimate 🤔

I thought 12 months of EA Play converted to 4 months of GPU? 🙄

The more fuss you make about receipt checking the more guilty you look. It's easy enough to be prepared to deal with the practice. Try to be accommodating to them and friendly and it'll go a long way to getting out of the store without issue. If I'm buying something I know I'm going to get stopped for, I'll make a mental note of where it is on the receipt and will point it out to the greeter. IF I was just in the store and bought about the same amount of items, I know that's going to look fishy as if I'm trying to use the same receipt to steal some items, I'll carry both receipts and will happily explain that I forgot something. Heck when I knew my grocery load was going to be massive, I'd go buy all the bulk items first... then go back in and buy the regular groceries. Even then I'd carry both receipts... but I might just use the other entrance to not make it seem so fishy.

Just keep in mind how you treat others is how you'll be treated. Get defensive and combative and you'll be treated defensively and as a combative person. It's hard to show a smile with masks on... but friendly word and eye contact on the way in goes a long way to easing the mind of the greeter.

I completely agree, it's amazing to me to think how people can live a peaceful and happy life by always being on the defensive and blowing things out of proportion, like he says, it's not rocket science, treat others they way you like to be treated, the person checking your receipt is just doing their job, don't take it so personally for god's sake, why stress yourself out and make such a big deal out of something so simple?

This pandemic has brought on so much stress and challenged our mental health on a constant basis, so why live our life with so much anger and defensiveness which just piles on top of it all? We can actually live a more pleasant life by not adding unnecessary stress on to ourselves by not being so negative and combative in certain situations that can be faced and acted upon in a simple and calm manner, believe me, your mental health and sanity will thank you for it in the long run 😉