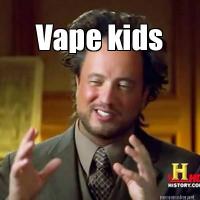 Did gamestop forget to post a "DEal of the Day" ??

I'm surprised it's not modded.  Two of my youngest son's friends drive the same car because it's a 2JZ engine which has a lot of options for mods.

I'm not a super car guy... but I know enough to do a lot and I'm not afraid to learn as long as I'm not actually dropping an engine or trans... that I'll let the pros handle it.  Same for tire installation... though I will rotate my own.

Given the new detail....

I once had a similar issue due to my glove box light staying on when the door was shut.   It took me pressing the button (that triggers it to off) to determine that the light wasn't going off.  I think I ended up just removing the bulb.   That's a good place to check.  Same for any other accessory lights (trunk, hood, mirror lights in the visors)... and anything plugged into the cig lighter.  The draw is big enough to kill in a week but not enough to kill in a few days.  That narrows the scope greatly.  If it were something more serious, like the fuel pump never shutting off, then the battery would die much quicker.

It's possible too that the stock radio (or amp if it has one) is not completely shutting off.   These type of problems are hard to track but given it's dying when not being driven... 100% it's a component that is on when it shouldn't be.

2JZ but without that turbo its not the legendary engine people are after.. But if you have the cash you can turn it into a beast

Not game related but outdoor crap is 75% off at my store. Ie patio umbrellas and decorations/ lights

Games are still out there guys and gals!! My haul this morning! And I just beat out another guy that came in just as I was leaving. He asked to look through all the games I just did lol. I asked him how he'd heard about .03 cent games and he told me some Facebook group. I was thinking he was either from here or SD. There were so many more games but they weren't marked down unfortunately. Mario Color Splash for 39, Pokemon Moon for 31, Hey Pikmin for 32.84 etc. Even had Super Mario All Stars for Wii at $15 on the app but the register blocked it as it must've been marked down to 3 cents in their system.

what were the games?