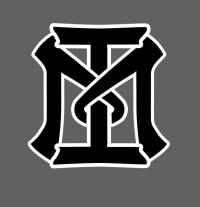 RatedIM hasn't added any friends yet.

I know this was in Canada, but why didn't it raise any concern here in the US?

Shame.  Had a good run with GCU.

What does that have to do with anything?

This release of Cavemen Warriors is 2,600 copies. It doesn't matter if 10 other companies release it afterwards or its never released physically again; this specific version of the game has a quantity of 2,600.

Ok, I was being nice. Clearly that doesn't work with you. Yes, this release is limited to 2600 copies but altogether physical copies of this game may not end up being limited to 2600 since it may be released through another company, as eastasia has done in the past. And they also announced they will rerelease rainbow moon, after it was released thru LRG (can't remember the "limit" on that) Hopefully you're not too fucking stupid to understand this.

Sweet! I just ordered fifteen Vita games to gift to the niece and three oldest nephews at Christmas from this GameStop sale. Grand total after discounts: $100.07

They're not collectors, so if the games arrive with no case or a replacement case it won't matter to them. Really though, what a deal.

Wish I wasn't a collector. Shopping for games would be so much easier.

So what are my chances of securing a copy of Night Trap if I'm on when it goes live?

Zero. So don't even bother.

Anyone know if LRG will offer a cover variant for Absolver?  Their busy summer schedule has made it a bit difficult to keep up with LRG news.

Does anyone else use Tapatalk to browse CAG, and see tons of repeated CAG ads (pointing to threads) repeated frequently inside the threads? In this thread alone I am seeing tons of the stupid Homer Simpson pic of him on the NASA stage, it makes no sense at all. Other threads have similar problems, something is badly misconfigured with either CAG or Tapatalk.

I see it too. There was an update for the Tapatalk app a few days ago. It's been that way since.

Has anyone figured how how to get 2 copies in the same transaction?

Nope. I had to do 2 separate orders.

Has anyone ordered from videogameplus. ca with credit card? Was wondering if it is reliable. I know paypal would be better, but there's a bunch of games I wanna get since they're on sale.

I advice you to use PayPal when shopping from them. Link your credit card to your PayPal account.

So much for this place being a ghost town after P5 released lol.

Anyone gotten their hands on the weekly ad that starts tomorrow?

Done. Hopefully our voices are heard.