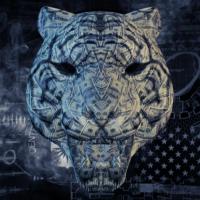 Anyone else a little disappointed that Plague Inc Evolved isn't on sale this week? Just me?

Also, RIP Marie Fredriksson (lead singer from Roxette). Damn, this has been a rough week.

Don’t think they have much to worry about with original content. Four of its movies are nominated for best picture between drama and comedy at the Golden Globes.

Ah, well, we must be in different phases of life. I take it you don't have kids? I feel like I've already gotten my money's worth for my 3 years of Disney+ lol

That's how I do my giveaways.  I set my own email (which is registered on the MS/XB account) as the recipient of the gift.

Sweet! Yeah, I just did that. Worked great. Thanks for the responses, guys

It's ironic as hell with all this baseball talk, but the game my nephew wanted is RBI Baseball 19, lmao. He's only 11 and just got his Xbox this past summer. So, yeah...totally exposing him to the current misery that is Xbox baseball. After this, he'll be counting the days until The Show 21 with the rest of us, hahaha.

It really makes no sense. The license with Sony was never exclusive. EA could have brought back MVP at any point after 2K's brief exclusivity ended many years ago. I'm sure Sony will be compensated mightily, but they are basically paying for other developers' shortcomings and laziness. I firmly believe that series has been responsible for more system sales than anything elsd and I guarantee that there are more PS4 owners where that's the only game the own than anything else.

I for one would love this though as I hate the dual shock with a passion. The Show is basically the only game I play anymore as I'm approaching 1000 hours for 19.

Yeah, every time it gets brought up with sports games people talk about not only the licensing cost, but the R&D for starting from scratch which even EA would be doing at this point. The last MVP game was 12 years ago. That dev team and those assets are long gone. Same reason 2K won't come back to NHL or NFL (if they were even allowed to). Each publisher basically has a monopoly on their respective sport at this point. It's honestly surprising that EA is even hanging in there with NBA Live.

You could be right about Sony being paid to publish on the other consoles too. I thought about that after my first comment. It's kind of a weird scenario where Sony is licensing MLB's commodity, but then Microsoft/Nintendo/whoever might be licensing Sony's commodity. There's just a massive difference in having a finished product ready to go versus building your own from the ground up.

What is wrong with EA Access? I get it, EA is the worst (though really, what large publisher isn't at this point?). But the subscription can easily be had for around $1.85 a month. How can anybody complain about that?

They own everything, so they should be able to make good content. Having a monopoly on the industry won't be good for us in the long run, but at least their Marvel and Star Wars shit will be decent.

I know that's a common sentiment, but they really don't own everything. They don't own DC. They don't own Dreamworks. Sure, they bought studios that were successful, but if other companies are bothered by it, then they should make better content. Disney isn't without fault, but I'm not going to knock them when they've actually made an effort at giving us decent entertainment, while other companies shovel out garbage and then act surprised when it doesn't do well.

Prime example, I just watched Secret Life of Pets 2 with my daughter yesterday...and it is complete trash. It's a freaking PG rated kids movie full of animal abuse, a villain who pulls a gun on a group of animals, and a dog who curses for literally no reason at all. It's not a shock it went from theatrical release to blu-ray in 2.5 months. I'm sure they blamed the big bad Disney and Toy Story 4 for that, but the movie is crap and completely inappropriate for its own target audience.

I Ain't questioning that salty goodness, but drinking in the morning on a weekday and buying an EA game on launch (an annual EA game no less) is enough for me to question what's wrong with your life.

Sounds like somebody got picked last in gym class, haha j/k. Kind of judgy to rip on people for picking up Madden though. For me, I've still got a couple months of GCU left and Best Buy had a trade in promo to get another $10 off the game. So I got it "on launch" for $38.

Speaking of Madden, the usual EA Access loophole of activating the punch card in the MS Rewards app on the Xbox dashboard, then downloading the 10 hour free trial will net you a nice 6000 MS Reward points.

Was there a way to get this to work if you've already downloaded the trial? I feel like this happened before, but I can't remember. I tried uninstalling it and clicking through again, but it didn't seem to work. Would be nice to grab the 6k points if I'm not SOL.

And there's the catch 22 of wanting "good games" in GWG...you're going to end up owning them already, haha. Start buying shittier games, people. Come on!

We are nearly entering the final year of the Xbox One lifecycle. I hope next year before the Xbox Two comes out we start to see some big blow out digital sales. I worry though with the new move to continuous backwards compatibility that we won’t see great sales even at the end of a consoles life.

I mean, that's kind of how it should be though. I'd much rather see them shift to a Steam like sales model where prices are reduced due to the age of the game, rather than just "the system is EOL". If publishers felt comfortable knowing their games would always be playable, maybe we'd start to see 10 year old games priced like 10 year old games. And for me, having continuous PC-like backward compatibility greatly outweighs an extra 10-20% discount to play a game on an old system that I have to dig out of the closet and dust off.

Wait, you had shitty customer service so you think they owe you 9 months of Gold for free and were complaining that they wouldn't give it to you? Wow.

Glad I wasn't the only one who noticed this. Seems like he had an agenda from the beginning (which explains why he withheld details in here when pressed about it) and just acted extra cunty to get what he wanted.

So you just accept being lied to and treated poorly? You need to grow a backbone. Start standing up for yourself. I was given the 9 months of gold I asked for because he agreed that I deserved it. He even said, "that's all you're looking for? That's a reasonable request given the poor customer service you received."

More like you wanted to find a way to maximize the 36 month limit on GPU conversion without spending anything out of your pocket, so you manipulated MS into giving you the months you needed. Why 9 months? Why not 8 or 10? Right...because that's the exact number you needed to get to 36 so your $1 upgrade would be maximized.

Thanks for being a fucking leech and expecting to get something for nothing. MS gave it to you because they were tired of dealing with you, not because you were right. Remember this when they raise the cost of Gold, because I'm sure you'll bitch about that too. How's that for a "backbone"?

Always meet in a public place or police station. When they ask for proof it works, I do a video call and show them turning it on and connecting online showing it works and it's not console banned. Never go to a 2nd location if asked after meeting at agreed location. Also depending what state you're in carry and have a friend/family ride with you also carrying and have them video record the whole transaction. Is it over kill just to sale a item to a another person? Maybe but you never know who you're meeting.

Yeah, if we're at a point where this much is necessary, it's not worth the trouble. Even if you're carrying, you're willingly walking into a situation which you acknowledge could end in a freaking shootout. At that point, even Gamestop is a better option.

I dunno. Everyone's list seems to be almost 50% filled with things that were never going to go BC due the publisher no longer having the licence to the property it is based on, the music featured or the cars being driven.

Yeah, that's a problem with part of my wishlist as well. For me it's:

The Simpsons Game (licensing...probably won't happen...but Road Rage and Hit & Run are BC with 360...would love those too)

50 Cent Blood In The Sand (licensing...but I mean, can we not get this done? lol)

Anyone with Telltale games for the X1 or x360 should take the time to read the thread below to prevent any disappointment in the future.  In a nutshell, some content is already gone forever if you didn't previously download it, other content will be gone forever in another 11 days, and the rest is on the death-watch list in my opinion.  This applies to both disk and digital copies.  The details and exceptions are numerous and can be found by reading the thread.

Again, it doesn't matter if you have these in your 'purchased' list or not.  If the files are not physically on your xbox when some of these games go away, you're screwed.  This is not a typical delisting situation.  Best bet is to download any episodes you can today, now, while you still can.

My long-term plan is to move the Telltale game files to an old 3.5" hard drive via external USB enclosure, and keep them on a shelf for long-term storage without consuming my day-to-day 2.5" drives.  I doubt I would replay most of them again anyway, but it won't take long to set this up so I might as well.

This is one time where I really hope piracy will run rampant with these games. If you're going to take back people's purchases because you can't make deals to ensure that the downloads are still available to those who rightfully bought them, then you deserve no sympathy. Can't believe how absolutely despicable Telltale turned out to be in the end.

That's always so frustrating. Call of Duty is bad with that too. Most games are where they should be but then some are listed just as "COD" and then the modern warfare games are under M. Wish you could just rename stuff or could make folders in the game list to sort stuff.

This actually gets on my nerves with sports games too. For example, EA will have some of the games listed like "EA NHL 15" and then the next year it's just "NHL 16", so they're not at all near each other in the list. Like...who the hell doesn't pay attention to how the game gets listed? Why wouldn't these games be side by side?