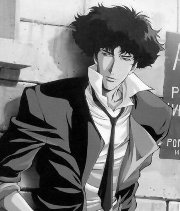 My question for slowdive21 is why were you lifetime banned from Funcoland?


Ah, I remember it like it was yesterday...I was trying to buy a memory card for my brand new Playstation game system. I was convinced to buy a New 3rd party memory card that had just been released by a store employee because it had a larger storage capacity than the 15 block SONY card. He told me come back tomorrow, because he had to enter it into the system as it was new and that he would sell it to me for $10 - (because they over ordered them at his store).

I came back the next day and said to the (different) guy at the counter. "Hello, I believe there is a memory card on hold for me under the counter". The guy said "Yeah, I'm not going to sell it to you for That price!" I said "Why not? I made the trip back out here because I was told I could buy it today for $10" and he replied "I'm not going to sell it to you." I said "That's alright, my friend works at another funcoland (which was true), and I'm sure when I tell him about this experience he will adjust the price and have a talk with corporate about this store."

I walked out of the store and was halfway down the street when I heard the "BING" tone of the Funcoland door. He then proceeded to yell obscenities (probably from watching too much non pokemon anime) and continued to yell "What Funcoland?!" "What funcoland does he work at?!" I turned around and gave him the international symbol of I don't know by shrugging my shoulders and turning the palms of my hands up in the air. He then took a Polaroid of me and said "You're banned! You're banned from all Funcolands!"

The next day my friend from the other funcoland showed me a fax he received with my picture on it.