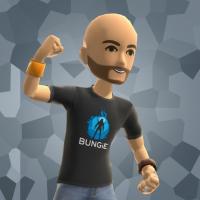 lol, can anyone actually find 5 games from the list that are in stock? I gave up.

I swear there was a thread for this already, but either I'm an idiot or the CAG search sucks. Either way, this deal is back in stock as of right now.

Note: The codes are sent from GiftCardMall.com and mine went into my Spam folder.

Played the original one and Forza 5. Is there much of a story line? What about online play?

Story line is that you're in a car racing tournament. I honestly haven't done much online, but there appears to be a lot of stuff to do online and offline. It's not really anything like Forza 5, it's much more arcadey. Think Burnout, but without the focus on crashing.

It's only a few days early and you only get to play for six hours with no achievements available. It's nice as a demo, but paying for a demo is terrible. Mass Effect is so far out that I don't even consider it as an option for this service, so you're effectively paying for a Dragon Age demo. It was actually better on their EA Sports Ticket service last gen where you got to play as much of the games as you wanted when it was made available three (?) days before launch, though it was obviously limited to an even crazier group of EA Sports fans.

This is inaccurate. It's the full game with achievements. Source: My Madden 15 and DA:I achievements. And to me, six hours seems like plenty. You can easily determine if you're interested enough to buy a game in that time. Or, you might even get all you need out of it. I'd say it's much more than just a demo.

For sure, EA Access is less appealing if you have no interest in sports games, since they make up the majority of the Vault. But I still think it would be worth it, even without taking those into consideration. PvZ, Peggle, NFS, BF4. For $30/year, between the Vault and the early access, I think it's a solid value.

How can you tell when or if your credit will expire?

Typically, any promotional credit expires 1 year from when you redeemed it. Currency you buy shouldn't ever expire, the only exception being MS Points that were converted to regular credit last year. Whenever you buy something, the credit with the soonest expiration date always gets used first.

Here's a link directly to the Payment Options page:

For all the youngsters here ...

... TR:Legend came out first, and then TR:Anniversary was released shortly thereafter.  TR:Anniversary is a set of "greatest hits" (and other inspired) levels from all the prior "Tomb Raider" games, including all the way back to pointy-titted Lara in TR1.  TR:Anniversary was created using TR:Legend's engine, plus uses a fair amount of shared assets from TR:Legend, so it gave us options to purchase the standalone new adventure:

In my opinion, it's a little sad that Microsoft/SquEnix only drop 67% off the DLC, while the GoD version drops 75% ... so unless you're the OCD completionist (see above), then just buy the full disc/GoD version for $4.99+tax, and don't bother with the DLC which requires 3 DRM checks (TR:Legend, ep's 1-2, ep's 3-4), plus requires the same HDD space as buying the full game by itself.  I'm also uncertain why the 2 DLC items say they're compatible with both TR:Legend and TR:Anniversary, since they really don't interact with the full TR:Anniversary disc/GoD title (except for maybe save-game compatibility ... and even that's doubtful).

I was going to explain all this, but you nailed it.

Also, I'll never forgive Square Enix for tacking on Anniversary as DLC for Legend. I worked my butt off to get 1000G in Legend and they killed my 100%. Anniversary was decent, but I'm not playing it again just for 250G. Ain't nobody got time for that.

?? = What you say to someone after a multiplayer game, if you're a decent human being.

It only covers the current calendar year. The TOS mentions that they reset your status in the program in January.

The Terms & Conditions don't actually say the VIP status resets in January. I read this section over and over to try to discern when they reset, but it's not actually stated. January refers to the resetting of the rollover of spending "funds". They're calculating your spent funds in blocks of $10. Anything over $10 gets rolled over every month through December. Anything not rolled over by the end of the year gets reset in January.

As for the VIP rankings, it only says this:

VIP rankings will change each year per Sponsor’s discretion.

But it doesn't clarify when they actually reset. Or actually, even if they reset, just that they could "change".

I've read a lot in that T&C, and they leave a lot of questions unanswered.

I picked up Luigi's Mansion for about half price after Walmart PM. Wasn't going to do any flipping, but I happened to be at Target on Saturday and there was one Madden X1 left, so I grabbed it. The guy working electronics was brand new, I'd never seen him before. I asked if I could take the game up to Guest Services for PM and he said he would just do it there. He just looked at the Walmart price on my phone and took my word for it. Then he was trying to figure out why it was taking $15 off my purchase and I had to explain their weekly ad had a deal when buying the pre-order cards.

Will Target price match this?

They told me they only match the paper ads for GameStop.

Is the expiration date for the code redemption or the use of the funds?

The expiration date is usually when the code can no longer be redeemed. Once redeemed, promotional credit will expire one year from the date you redeemed it. It's possible certain promotional credits will have different lifespans, but I've only seen one year. Also, when making purchases, the promotional credit that expires the soonest will always be used first.

You can view your total balance, along with promotional amounts and expiration dates by going here and clicking the Microsoft account payment type:

Got my 2, me and my wife. Would love to get more, but I'm not making fake accounts for it.