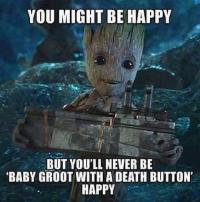 Weird, I've never heard of a theater showing different versions of a movie

Posted by LoganDX on Yesterday, 07:35 PM

Posted by LoganDX on Yesterday, 04:58 AM


Is this the Wolverine vs Deadpool battle everyone is clamoring for???


By me agreeing and adding my own 2¢ from experience? I'd be underwhelmed too trying to make nonsense out of nothing

I forgot how much quicker people my age tend to get cranky...

Sounds like you need to stop using inferior products. I feel exactly the opposite of you. I hate how unintuitive everything is on Apple for me. Android lets me do basically anything i want with the phone and will probably never switch.


That's pretty much 90% of it. That and, due to the wild availability of Android on crap products, fragmentation drains app quality. And shitware on Play

That was six years ago. Phil walked into a shitfest, but six years is an eternity in the tech industry, and Xbox still has nothing to show for it other than the old warhorses they always relied on. Their best first-party game is a racing game. This isn't 2000 anymore where photorealistic cars sell consoles by the truckload.


You forget the idiocy of the "console wars" and how people used the bad image of that initial reveal, Mattrick's many bs comments and the fact that people love to hate on things no matter what. Phil has been facing a sea of negative backlash still tied to that crap he walked into.

Xbox 1 has back compat, Sony "fanboys" and anybody wanting to stir shit up said it was stupid, that is until PS5 was said to have it.

Nintendo and Microsoft teaming up on cross platform? People hated on that.
Game Pass? Gets shit as if this isn't the killer app Sony has tried to get off the ground for years. PS Now, which I tried, does not compete. PlayStation Plus vs Live? Still blind hatred over the initial reveal. People in this own thread can't wait to spit on Xbox when we're in the XBL Deals thread. So much of the good will of the 360 was burnt on the X1 reveal.

Yeah 6 years is an eternity, unless Twitter wants to keep fighting over shit that happened 7 years ago.

Nobody crushing on Adam Sessler? Geez 😂

I know many people hated on it but I liked that show they did called Code Monkeys.

My 2¢? Stop engaging the two alt troll accounts and let them fizzle out as it should be

What kills me about that RDR2 and "gameplay" comment, somebody needs to only game on a Commodore 64 to understand why gameplay and fun count

When this came out, i used the Google checkout to save 20% off, i think it came out to $56 shipped, figuring that i probably wasn't going to get a better deal. I had no idea they would become so limited. Of course with my luck, the first time I used it, i pushed myself really hard, and combined with trying to sleep with my arm up and under my head, ended up at least partially tearing my rotator cuff, considering the pain I was in if i turned my arm a certain way, or reached out for something too fast. Haven't played it since...


Good luck with that rotator cuff. Tore a third of mine off completely when I was 20. They had to swap from the microscopic to cutting thru my shoulder, cutting the hell out of my muscles, just to use them to form a new cuff. Left me with a permanent partial disability and has effed up my life. I'm going to be 44 in September. Try to ice, rest, etc but don't let it go for long

I found the FC5 DLC to be mediocre. There are basically 3 parts:

1. Vietnam mission DLC with dumbed-down stealth mechanics. I'm a sucker for stealth so I played all the way through it. I enjoyed it but it wasn't anything essential.

2. Mars DLC with Hurk - it has some limited humor value but again it's nothing special. I also finished this one.

3. A movie Zombie DLC that was just forgettable, I didn't even bother playing it through.

I don't think anyone would really miss having this DLC, unless you must have all the achievement points since it does have achievements. None of the DLC extends the main FC5 story in any way - you need New Dawn for that.


I could not muster any gumption to fight thru any of those. I beat FC5, love having FC3 Classic to jump into but other than having not played New Dawn, I agree with you.

Retro pixel type games are hitting the spot for my brain right now. Jumped into CrossCode, digging it so far. I really thought gaming was over for me but Game Pass is saving me