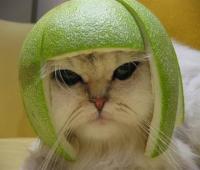 That doesn't seem right. Instead of trying to make sure it goes into the hands of actual paying customers, or throwing it away so no one gets them they let a random guy have them for free so he can turn around and sell them for a personal profit seems like a shitty thing to do.

If nothing else they could price the empty boxes and stack them on the shelf then put the games in them as they sell them. Or just throw them out so no one takes advantage and it's fair to everyone.

The first option isn't going to happen because of space issues. Gamestop has chosen to get rid of these to clear it up. We can disagree with that choice, but it is their choice ultimately.

As for the second, hoping to see good cases and manuals destroyed, creating further scarcity in the future, for some sort of arbitrary fairness is stupid. I've been given cases before by Gamestops too, happens all the time. I don't sell them mind you, but who ultimately cares? It's a good thing that these are back out there and not just being destroyed. The guy selling them is likely making peanuts considering what these go for on their own anyway.

In 2019 I finished 50 games, a drop of 10 from the 60 I managed in 2018. I blame my months long addiction to Apex Legends which caused me to only beat 2 games between February 22nd and September 4th. Considering that this was half the year, the fact that I still hit 50 actually feels pretty impressive, thanks to a few strong months (and thanks to a little help from Apple Arcade).

This year may drop again as I've made my yearly goal what I'm calling 20 in 20, where I'm going to try to knock 20 RPGs out of my backlog this year. Considering only 5 of last year's games were RPGs, and only 4 of 2018's were, this will be a big increase and would do wonders to take at least a bite out of the massive stack of RPGs I want to get to. Considering the average length of most RPGs though, this will be a time sink

Patapon Remastered is finally on sale for the first time. I'm in heaven, lol.

lol the argentina eshop is having a sale too

Even if my internet connection is subpar (aka slow af), I don't have to worry about that now that downloading PS Now games is a thing, correct?

There's a lot of stuff in that games list that I'm either interested in trying but not sure if I want to buy, last gen games I'd like to revisit (I no longer have a last gen console) or games I never got to try last gen.

Keep in mind that downloading games is only for PS4 games. Last gen games still have to be streamed, the PS4 can't natively play PS3 games.

I snagged 2 more of these from Meijer for $14.99 each. Pair with cheap USB sticks to make nice gifts for a few people I know.

1. Didn't they patch that on DMC5? 2. Holy shit that makes a difference to you?


Apparently. Just checked Google and seems they did. Hadn't heard.

Especially when they have a physical bundle of the two collections for $60 while the two separately total $110 digitally.

Its actually only $40.00 which makes this even worse, though some places seem to be selling out. I'm 99% digital on my PS4 but had to make 2 exceptions late last year for this and the Persona dancing collections. Just too huge a difference in price (especially before my GCU expired).

As for everything being on sale, I have 66 games in my backlog plenty of which either haven't been on sale or at least haven't for some time. A few highlights:

ChaosChild (Seen on sale once, for a lot, added 12/23/17)
Vector Unit Triple Pack (was on sale a lot for awhile but hasn't bene for a long time, added 1/3/18)
Indigo Prophecy (Never seen on sale, added 1/6/18)
Nitroplus Blasterz (Was on sale once around the time I added it to my list, only one sale since and nowhere near the historical low, added 1/30/18)
The Rabbit Hole (Don't remember ever seeing on sale, added 2/18/18)
Dexed (was on sale awhile ago but hasn't been for some time, added 2/20/18)
Tons of PSP/PS One Classics which never go on sale including Wild Arms 1/2/XF, Hexyz Force, Growlanswer Wayfarer of Time, Jeanne d'Arc, Summon Night 5, Tomba 2, Vib-Ribbon, Gradius Collection, Gungnir, Persona 2 Innocent Sin, Knights in the Nightmare, Ys Seven, Ygddra Union, Arc the Lad II. A lot of these are first party which makes it even worse.
VA-11 Hall-A (Never seen on sale, added 7/3/18)
Then there's admittedly plenty of stuff which has gone on sale but not for a price I'm happy with yet.

My final haul:
Psychonauts (PS4)
428 Shibuya Scramble (PS4)
Battlezone (PS4)
Farpoint (PS4)
Tacoma (PS4)
Alienation (PS4)
Thumper (PS4)
Prey: Mooncrash (PS4)
The Witcher III Complete (PS4)
God of War Collection (Vita)
Jak and Daxter Collection (Vita)
Hitman Go (Vita)
Frozen Synapse (Vita)
I'd heard bad things about the Jak collection on Vita but it was dirt cheap and its cross buy with PS3 so worst case scenario I just play it there. (I'd have to hook my PS3 back up... but I could do that. Probably won't, but could)

Really wish I didn't already own Gravity Rush 2, Odin Sphere, and Dark Rose Valkyrie.. great prices on those but don't see much else I'm interested in.

New VR owner though - any of these titles particularly good?

I've heard good things about Creed and Eagle Flight but haven't had time to play either yet. I'm grabbing Ultrawings though, best sale its had easily and another I've heard cool stuff about.

For what it's worth when trading in my ps4 tonight I asked the woman processing the trade how many bundles they expected to get. She said their back room was so full of them you could barely move through it. Didn't expect to run out as they plan to still have some on actual Black Friday

About 50 for the lot so not bad. Considered Soul Calibur 6 but it will be about the same price I could have gotten it on Black Friday for a brand new copy. Almost grabbed Dark Souls for Switch for a good price but didn't want to spend too much with Black Friday coming up.

Ya, I beat Astro Bot last night myself. Incredible game.

I don't say this lightly but that may be my favorite 3d platformer ever... the levels, the style, the controls, the way it uses VR, that's hard to top.

Not a lot for me. I might finally upgrade Arkham Knight to digital. The Injustice 2 Ultimate Pack is tempting but man is it annoying that it's only $2.00 more to add the base game. If they're going to run the ultimate for 50% off they could run the dlc the same. At that price I'd be in for sure.