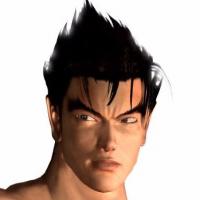 Genki-JAM hasn't added any friends yet.

So I've got a bunch of mixed feelings about E3. Especially this year. In fact, I've even made a musical animation about it. But with this week leading up to E3 I've been seeing some really weird stuff that I didn't even bring up in my video because it feels so out of left field. Specifically, I'm talking about how all of these developers and companies are pushing out big reveals before the show. The thing I always looked forward to with E3 were the conferences, but now I'm honestly wondering what the point is now.

Sony said they're going to only focus on a small number of games, developers like Koei Tecmo are revealing big games like Dead or Alive 6 and then saying to "watch Sony's conference for more." It just seems like the excitement is being sucked out. I don't know if they're just trying to beat leakers to the punch or what, but it just seems really weird and it kinda knocks the wind out of the event for me. Or at least what little wind is left, imo. What do you guys think?