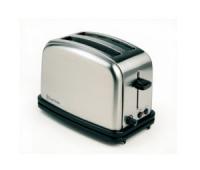 I've had Seagate externals and Maxtor internals fail on me.

I have some Toshiba HHD's; and WD internals & externals. Still kicking fine w/ those.

Also have some Crucial and Toshiba SSD's. Those are fine. Still kicking.

If they really want to remaster one it should be the orginal. It was only ever released on one platform (360) and in some ways it's always been my favorite.

I would love for SR1 to get a Remaster. I never had a 360 and would love to see it go to all platforms; especially PC.

Would they actually charge for it, though?  All those Red Faction remasters were given out free.

If they are charging, they better put some new content or something in there - i.e. like what DN3D 20th did.

I'm in the same boat with Duke 3d - yes it looks slightly better and there are some new levels, but am I really going to enjoy replaying a game I spent a bunch of time with in high school? It's less than 2 bucks but still... FPS specifically have made a lot of advancements in the past 20yrs and this seems like it would be a nostalgia play rather than an enjoyment play.

Has it really been an advancement though? [shrug]

Does every new FPS...need to just copy others and/or not do much to innovate/spin things on the type of FPS game/genre they're doing?

I dunno 'bout you...but ever since STALKER, Far Cry 2 (and newer), Borderlands, BF's SP campaigns, COD campaigns - there's so many copycats of these games and their styles.

There are now so many linear-as-hell corridor-style military FPS's out there (i.e. COD SP campaigns since COD1 and BF games' SP campaign since BF3) and now so many FPS's out there doing the open-world thing (STALKER, Far Cry, Homefront: The Revolution) and/or ARPG-type of thing (Borderlands, Division series, etc)....that I just really need these old-school style games w/ a VERY much different design & approach.

I enjoyed DN3D 20's new levels in Episode 5 and that old-school style w/ no regen health, no open-world, no ARPG-elements - sure, the new episode took me only 4.5 hours (and might take others 2-4 hours)....but it never overstayed its welcome and was a blast most of the way through.

One of the best modern FPS's that I've played was DOOM 2016...and that basically followed a lot of the old design from old DOOM titles and Serious Sam titles. A nice fresh of breath air, in today's FPS climate.

I just finished-up Wolfenstein: Youngblood, which has a more open-world approach and ARPG-approach. And, it's not for the best...with repetitive side-quests, poor autosave slots/lack of some autosave spots, a few jumping puzzles, and the worst story/character development in a modern Wolfenstein game.  Yeah, this is a decent game - but it's certainly got some issues. And even given that, it's also probably the worst game in the recent Wolfenstein series (i.e. RTCW and newer).

I've tried some of RAGE 2...and yeah, that game ain't doing it for me much either. The open-world thing is too much like Far Cry, Mad Max, and other Avalanche titles. Feels like I'm running from outpost-to-outpost, killing enemies....and not much more than that. It's really lacking story & character development - like most Avalanache games.

ESRB leaks out that Saints Row: The Third - Remastered is coming to PC, PS4, X1:

So, I took a trip on the Duke Nukem 3D: 20th Anniversary World Tour.

So much has already been said about how classic the original Duke Nukem 3D: Atomic Edition and its episodes were, way back in the day and over the years. And if you haven't played the old episodes (Episodes 1-4) - well, you should. It was a blast back in the day - and still remains a classic like early & classic Unreal, Quake, Blood and Doom games.

Just finished-up Episode 5 (Alien World Order, which was designed by DN3D original developers Richard "Levelord" Gray and Allen Blum III). Took me a little over 4.5 hours, according to Steam. Some thoughts here.

Holy crap, is this episode action-packed. And it's a blast. It's quite good, feeling basically like a new expansion pack or DLC here for Duke Nukem 3D. This is probably the kind of episode, action, and content that people really wanted out of DNF, to be honest.

The level design is really good through-out. There are plenty of interesting levels and varied locations here, in the usual old-school labyrinth level-design of finding all kinds of nooks, crannies, secret areas/room, and whatnot. You'll travel around the world, to levels based in England, Hollywood, Russia, and even France - slaying aliens like only Duke can. There are also lots of huge open-space shootouts & arena-sized shootouts with many of the past enemy types in DN3D and the new enemy, leading to a feeling of being involved in confrontations, action & shoot-outs of epic proportions.

There is a new alien enemy type, new weapon type (Incinerator, which is a flame-thrower), and 8 new levels here in this episode.

Jon St. John is back (as the voice of Duke Nukem), delivering more wise-crackin' and referential lines to things from pop culture, as you'd pretty much expect with a Duke Nukem game. Don't expect a grand story, deep narrative, or any of that, as Duke was never about that. This is a Duke Nukem game...and he's here to wise-crack; make jokes; be lewd; be crude; be crass; and shoot & kick alien ass. And if you're fine with that, you're going to really enjoy Episode 5.

There's another new feature here: you can rewind time and to whatever point you were at before, when you die. You can go back as far as the level began, pretty much! So, sure - you can still quick-save whenever you want; that's still here. But now, when you die, you can also rewind to any point in this game from before your death...and pick-up right wherever you want and for that ideal spot/moment; and to keep you always in the constant onslaught and action. No need to always save and rewind, as you can now rewind - like other older games that have had remasters/re-releases have done (i.e. Flashback). But, great to have both options at your disposal, for whatever reason you might need them for.

While I wasn't super-thrilled w/ the final boss (could've been more than just an enemy re-skin, the new weapon it has, and whatnot) and the ending (not-so-special endings seem par for the course w/ basically old-school Quake and Duke games anyways) - I still had a blast w/ the new episode and easily got my $1.59 worth (being a Humble Bundle Choice subscriber) from the Humble Bundle sale just from this episode/DLC/expansion.

If for some reason you don't own Atomic or Megaton, 20th Anniversary World Tour is a must-buy for classic old-school FPS action from the awesome first 4 Episodes and you also get the new & really good 5th Episode. If you own Atomic or Megaton, you'll really only need the new episode 5 - and that would probably be best, catching this re-release on sale just to get the really good new 5th Episode. And with it on sale now (4/4/2020) at such a cheap price on Humble ($1.99 for non-subscribers of the HBC or $1.59 for HBC subscribers) - now's as good as a time as any, if you're trying to just catch that 5th Episode.