Thanks!  Bought 2, one for me and the other for a friend!

Like this post to enter a drawing for Forza Horizon 5 Premium Edition.  3 winners will be drawn Thursday afternoon.

Thanks very much for the chance!

I bought a 512GB SD card on Amazon, buying a BUNCH of stuff on eShop in preparation.  The Switch is such an amazing system.  Ugh, Nintendo hit it out of the freaking PARK with this.

And the replacement 30% off PS3/X360 games with console purchase is super weak.

He was doing his job.

It was probably for this trade promo. 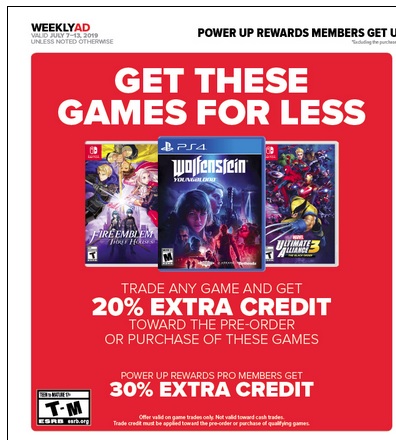 Aw crap.  You know what you're probably right, I wasn't thinking those two things were linked.  Sorry about that, guess I spoke before I thought.  Still pretty good if you're pre-ordering something..

So I have some information from an employee who showed me the actual signage thats getting put up.  Pro Members will get 30% on trade value.  I'm sorry I didn't look long enough to get the dates, but she said it starts tomorrow.  ALSO, there's apparently a "credit = cash" promotion as well.

Could be interesting times.  Hit those flea markets and tag sales, people.

Nope, looks like its going on for at least another week, according to the pdf link posted.

Wrong.  I can confirm the bonus applies to EACH game!  I'll take a picture of my receipt in a bit.

I don't know if I'm just an idiot or if CAG's method of uploading images is an absolute bear...either way I can't seem to get the picture of my receipt up.  But yeah, I got the $5 bonus on each game I traded in.  Traded Witcher III (xbox 1, basic edition), Call of Duty AW: Legacy (xbox 1) and Halo 5 guardians and got $25 ($15 of which was bonus from promo).

man...people are so quick to come barging in and be like WRONG. CAG in particular.

You're right, I could've phrased that better.  Didn't mean to be a dick about it, just excited that this is actually a pretty good deal if you work it right.

Fireball Island is really that valuable, eh? I'd hate to see what you'd do to get a Crossfire!

Now that yard sale season is mostly over for everyone....what was everyone's top find/s this year?

I know we're now into 2018 but I had to post this.  I finally got pictures done and checked on conditions/how many pieces were there.

Story:  My wife and I were visiting my mother in law and that weekend I decided to go yard sailing.  This was sometime mid-summer, so it was in the thick of the season.

I found a yard sale that had advertised Nintendo stuff, so I went..the usual suspects were there, they scored some bigger NES lots which I don't begrudge them because of what I found.  I was browsing everything, even some Atari 2600 stuff, when a sign for board games caught my eye, $1 each.  Thats important.  I was standing on the guy's porch as he had some stuff up there too, and I see one of my competitors look at this suspiciously big board game...and low and behold its FIREBALL ISLAND!  The box is beat to hell, but holy crap, for $1.  Anyhow, he looks at it, puts it down and I practically JUMP off the porch to grab it.

I held on to that damn thing for dear life.  Looked inside and I saw the board, heard a few other things rattling around, so I just grabbed it.  I got a few other things too, some Alvin & the Chipmunks plush things, a couple PS2 and PS3 games (3D Dot Game Heroes for $2!).

I got it back to my mother in law's and my wife and I were ecstatic!  This was one of our white whales when it comes to our Ebay business.  I didn't get work that summer, so I was really working hard at Ebay stuff (same username on there as here, so check me out!).

It was almost perfectly complete!  After ordering an aftermarket fireball and token piece, I am only missing one of the adventurer pieces (the blue one).

I'm gonna list this badboy on Ebay, but...I'mma just put this out there, if anybody wants to trade a Nintendo Switch for it, I would not say no.  Just saying.  I can send pictures via message but I can't figure out how to get my pictures uploaded to the forum, uploading to my personal gallery doesn't seem to be working right now.  I'll try in another browser in a bit.

Edit:  It would help if I put the bulk of my text in the space for the reply, not the quote.  Oi. 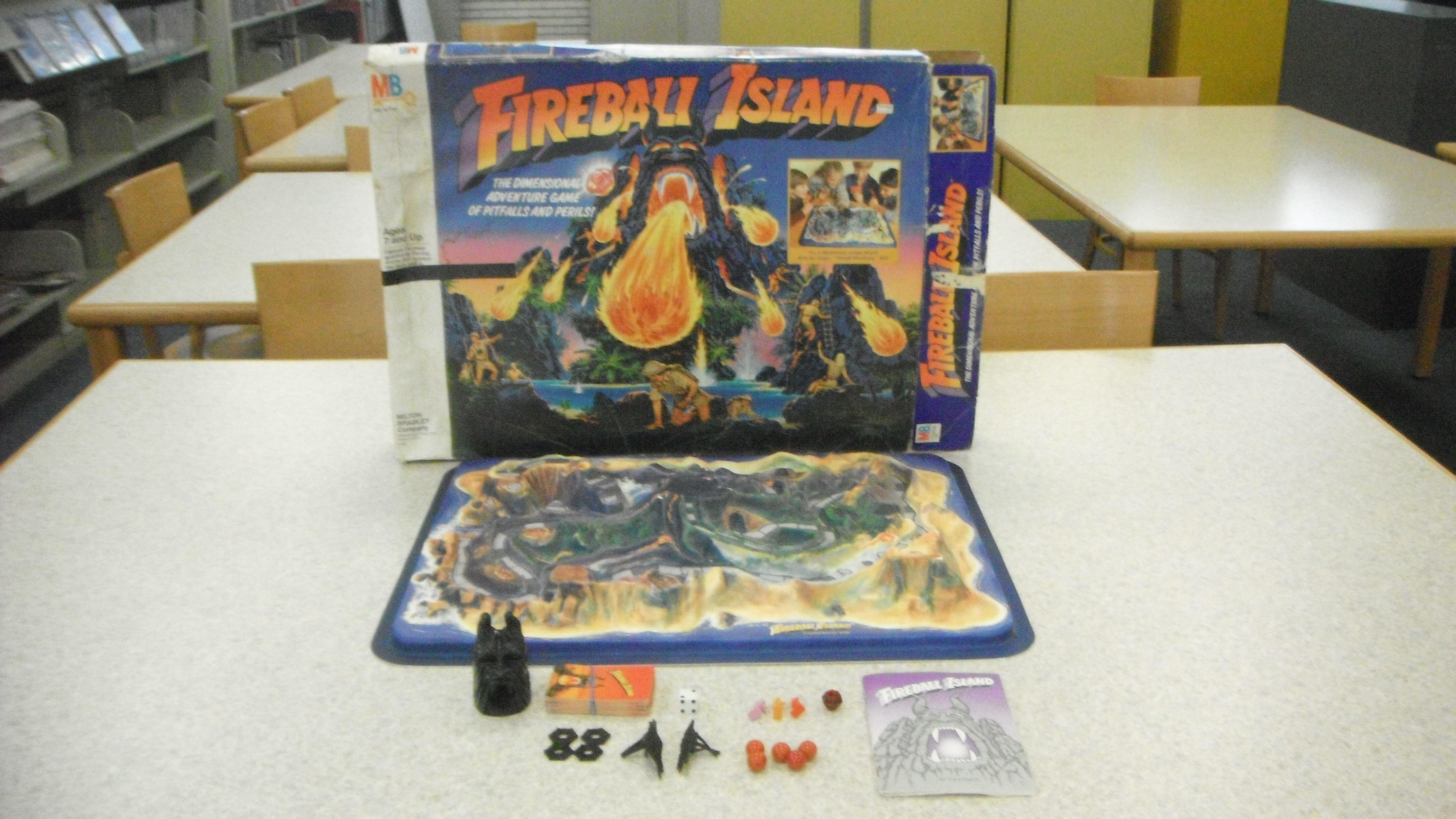 If you don't have a Switch, Breath of the Wild is a must have. Runs pretty good on the Wii U.

Breath of the Wild runs great on the Wii U, I enjoy it a LOT!  I also highly recommend Yoshi's Woolly World, Xenoblade Chronicles X, DK Returns Tropical Freeze, and Hyrule Warriors.

Dont understand why they think the bundle is worth $300. 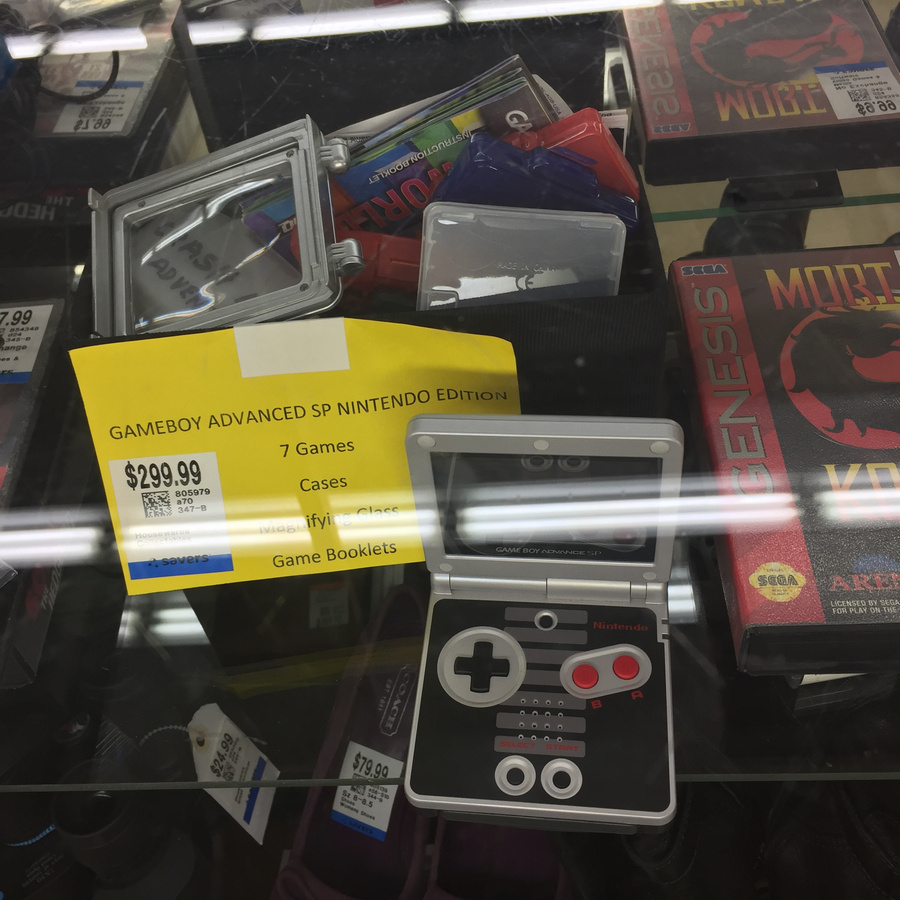 Savers these days tends to over price video game stuff by a HUGE margin.

One of these days I'd like them to have a huge VC sale.  GBA games half off or something like that.

The severe lack of Wii U or 3DS deals is disheartening.