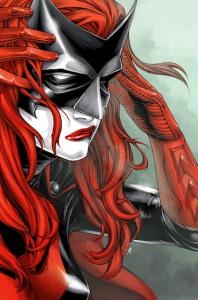 Yep, just got Assassins Creed from Wal-Mart in-store for $29. YMMV but the prices are live if they let you ring it up.

Kind of a bummer, I feel like early access for BB used to include A LOT more deals. Were there more items on sale for Elite members? Because this early access doesn’t feel as special.

Did Gamestop just get best deals of half of the games that just released? Ummmmm Excuse me?


I know, right? $25 for many brand-new releases is a shock. And they’re the only place I saw that has any kind of discount on Friday the 13th, so I’ll be shopping there for sure next week.

For me personally, if a console has at least one game I want to play when it launches, it's a perfectly competent launch lineup. I don't need five games right off the bat. I can't play them all. Zelda will hold me over for months.

Besides, most launch lineups are completely and utterly forgotten about soon after the system launches anyway. Anyone still talking about Ryse for Xbox One or Knack for PS4? No. Besides, Nintendo has historically only had one really great game at most of their launches (with the exception of the 3DS, which had nothing). Mario 64 was so good people forget it was either that or Pilotwings 64 at launch. Again, I don't know why people are so upset if there's at least one game they want.

Those that have preorders and are excited to play Zelda, continue to be excited. It's going to be fun. The console is going to have a bumpy start but all of the consoles had rough launches. All of them. There's going to be patches to fix things. In six months or so you'll forget all about reports of the Joycon losing sync with the system.

Gamestop "accessories" are all of the crap they push to grandparents, like a controller holder, a third party wrist strap, and a carrying case.


I'm not ashamed to admit that I'm not a grandparent and still bought a screen protector and carrying case from them. The way I figure it, this is a $300 device I'll likely be taking on car trips and plane rides, so I want to protect it as much as possible. If this thing winds up being another Wii U, I'll be selling it off and want to keep it as pristine as possible for that as well.

But I also traded in a lot of unused items toward a promotion, so I didn't exactly pay full price for these items either.

LPT: if you're already at the .99 cent store buying up packs, they also sell $.99 plastic containers that are good storage options.

I don't know that I'll have time to clear my WiiU before trading in today after work, so supposing my GS will even have reservations left should I trade it in hoping they wipe it for me or see if I can reserve the system today then bring the system in tomorrow and trade it toward that reservation? I saw someone mention that earlier, not sure if it'll work.

Does the sales apply to "digital download" games too? (Referring to BestBuy since they also sell digital games)

Also, does Gears of War 4 Digital version from best buy comes with the xbox 360 collection?


They typically don't apply sales to digital purchases but right now for some reason Gears 4 and Forza 3 are reflecting sales prices. However, digital purchases don't get discounted further with GCU so keep that in mind. That being said I'm really really hoping Titanfall 2 drops to $30 digitally.

As for the Gears Collection, I don't know if it is included digitally because my physical copy came with a code. But there's so many people giving those games away you can find them. Hell msssage me and I'll give them to you.

And just out of curiosity, but is Lego Dimensions really worth it? I enjoy the Lego games, but I usually wait for Lego games to hit like $10-$15 before buying them. Is Dimensions worth the $40?

It really depends. Part of the fun at least for me is building the portal and the various add-on packs. As for the game itself, it's on par with all the other LEGO games so far, maybe slightly elevated because of all the properties mixing with one another throughout the campaign. The biggest downside is that getting new characters involves buying sets. So unlike the other games where you could just eventually unlock a character you needed to get certain mini kits or gold bricks, all the unlockable characters (and therefore abilities like super strength or blowing up silver objects) is tied to buying another set. Not to mention as far as I know the only way to find out which characters possess which abilities is to look it up online.

There is a way now to "rent" the characters you need but you need plenty of studs to do it and unlike the other games that have high stud multipliers to unlock, LEGO Dimensions only has x2.

On the achievement side you can complete everything with just the base game but you're going to run into A LOT of puzzles and secret areas you can't access without buying more sets. So if you're a completionist in these kinds of games it's going to drive you crazy. Unless of course you're willing to spend the money to get all the characters you need.

That's what you get when you make a deal with the Devil, dude.

As it turns out they were looking up the wrong e-mail address because my PayPal e-mail is different. Once they figured that out, I got my code no problem. But I lost my soul so that sucks.

How do you get the 5% discount code? I liked their FB page.

EDIT: Nevermind, the code CDKEYSBLACK10 works for 10% off!

EDIT #2: For some reason I can't check out with a credit card. What gives?

FINAL EDIT:  Worked with PayPal. Hope I don't get screwed over.

Best Buy site is switching back and forth now! Sometimes the Trade-in special shows, sometimes it does not. I'm heading to best buy in an hour and I'll report back with what happens.

Good luck. I'm going to keep checking this forum to see what happens but now I'm seeing a "$150 minimum" trade-in promo, which would be even better. But, as others have said, the link just goes to the Xbox One console listings. If this is a new promo that is starting today that would be great since I'm still on the fence about doing it and having until the end of next week would be ideal.

I was thinking of using the trade in deal they have going on at Best Buy to get an Xbox One for my brother but now I think I'll do it this Sunday and take advantage of this. Thanks OP!

From the looks of it, that promotion ($150 toward purchase of an Xbox One) ends Sunday.

EDIT:  My bad, I keep forgetting that means you can do it THROUGH Sunday, not it ends on Sunday. That's actually a better deal that what I was going to do at GS. I think Best Buy has my money (again).

Still not sure how I just scored the Titanfall Bundle for $12.XX when the Black Friday page at xbox.com shows $18.99 but it saved me a trip to Gamestop. This is the first time I've actually felt the joy of a Steam Sale on a console.

People are really upset over Amazon charging tax huh? Do people not pay taxes at other stores?

As someone that normally has a 9.25% sales tax, it's still cheaper to buy on Amazon. But it is disappointing that their "deals" are the same as everyone else's.