Nite Cero, I had enough of SD'ing with Cloud tonight

I don't mind losing so much when we play 1v1. I don't play For Glory singles because I can't stand the immaturity so playing you guys is the only time I can get games like that in.

I'll be around for the next hour or two with a room open. Looks like Rig is on too but probably in For Glory. 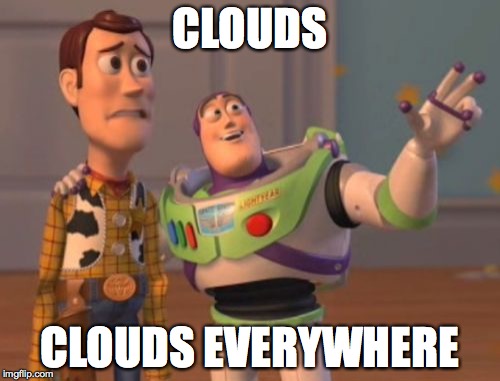 OK now I see ACTION, I'll leave a room open but I'll be eating some dinner. Check back in a minute.

Home early for once. Before I left worked I was updating the company blog and replaced people's photos (of a certain employee) with Nick Cage. We'll see how that turns out Monday.

I'll be around to see if anyone is in tonight.

EDIT: It must be the holidays because JoeB is online.

Ah stuck at work. Overtime 3rd night in a row :(

Edit: yay for working 12 hours. Hey kids don't be a graphic designer, it's not as fun as you think it is.

I'm planing to be on next Wednesday to keep that the regular Smash night. Around 5 to 8 Pacific time.

I'll call it something corny like Rigly Wednesdays in honor of Rig.

Thanks for the matches, guys. D, you are extremely good with a lot of the roster. I only have a few characters that I feel comfortable with. Makes for some fun games!

Must have doing fine because it was distracting me from my discomfort, towards the end I was feeling really nauseous and feverish tough.

Yeah, felt I was doing extremely well until that double sleep from Jiggly Puff

Good games everyone. Time to pass out.

Thanks dude, I stunk it up pretty bad.

I plan on playing more to try and get better. I wish I had played more before this. I need to unlock that dog, he was awesome! Also, the Wii Classic Controller kinda sucks for Smash Bros., I think. I know why that Gamecube adapter sold out in like 8 seconds now.

You'll get used to it. I got used to the game pad after awhile.

I see MarFon on maybe he wants to get some games in. Anyone is free to join. I'll check back later for replies.

Hope you all don't mind but I added all of your NNID from the tournament thread to the master list (2nd post) on the first page.

Rig, my schedule and health (nothing serious, I think) isn't the best right now otherwise I'd join in on the fun. I know I will not be around for mid late - late April so that would probably hinder the bracket progress as well (assuming I'd be fortunate enough to advance).

Newer people don't forget to add your ID to the Smash Bros NNID Wiki Thread to get some practice with other CAGs. I might be able to get in on some of those at least.

I also hope that someone donates a prize to Rig if he ends up the winner since he is the one donating one in the first place.

Made a new Wii U thread that is wiki'ed so we can exchange NNID a little bit better since this one is no longer a Wiki topic.

I can play for a bit. I have a room open.

No lag tonight except in that one game on the Mario Galaxy stage. I updated my router firmware so I hope that helped. Maybe I can even play with Roy again

It's real good to be playing with Joe and Janet again.

Oh Joe is back! Add me too Joe, not going to be home tonight but will be around the next few days.

I'll add Scouter as well. My name is in my signature.

Had to go Action didn't see how late it was getting. Nice playing with you again!