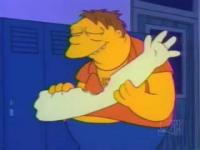 detectiveconan16 hasn't added any friends yet.

But Shipwreck, how can you beat either Williams sister at Basketball? Don't you know the parable of White Men Can't Jump?

Vaccines- they are free and safe! Much more affordable and less dubious than magical mineral water.

The purchases Shipwreck makes that he talks about on the CAGCast are related to small businesses. I mean the Retrotink and Polymega things aren't exactly sold on Amazon or Walmart. Now if Shipwreck started like a Jeffrey Wright mine or RuPaul fracking ranch, we could be more concerned.

I prefer replaceable batteries anyway. Especially when they get bloated like the Brook Xbox Controller Adapter that CheapyD bought. It's a pain but you have to buy a special battery pack that drones use to replace it! Otherwise you just threw away $50+

Use the eneloop standard game companies!

Get: Fatal Fury Special, King of Fighters 97, and Mark of the Wolves.

I'm not sure why Rockstar refused to delay RDR2 until November 2 or 9, since it would've given everybody some time to get the game properly, it's not like people were going to be that angry over a short delay. Some reports said the game went into physical production later compared to other games, like Odyssey. It's a pretty dick move to make sure some big chains get their lot first, then the small stores.  They should've spent less time making more new copies of GTA V and more time making sure their games come out on time in a reasonable manner. "Breaking street date" isn't a valid excuse as I have seen Best Buy and Amazon done it on more than one occasion with their shipping schedule.

Here's some fun trivia. Frank Langella plays Skeletor in the He-Man movie. Alan Oppenheimer plays Skeletor in the He-Man tv show. Both were on the same season of Star Trek: Deep Space Nine. Langella plays a politician who plays a major role in the first episode of the season. Oppenheimer plays a Starfleet Captain in the last episode of the season.

Is America still stuck in the throes of the Wild West?

Sony should just produce that SD Card Adapter already, even if it will cost $40.