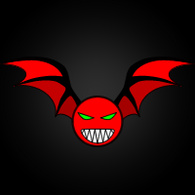 I hate going to flea markets, they all have guns and force me to buy everything.

No that's a flee market, common mistake, you don't want to shop at one of those unless you're fast and know how to zig-zag.

So basically, there's nothing I can do about the games, since they're tied to the system.  Once I registered my old NNID to the new 3DS (because I don't want lose my previous games and I don't plan to keep more than one 3DS), these games are now part of my NNID library and I'll always have to carry them for future system transfers; this 3DS will have nothing once it's been transferred or factory reseted.

Boy, do I wish Nintendo would just stick to voucher codes like everyone else.

Correct, those games are now yours. They cannot be restored to the system if you move your NNID somewhere else. They're branded onto your soul and you will carry their weight until the time of judgment comes, and Reggie will look to the deepest core of your being and say, "Pokemon Red... and Pokemon Blue."

I don't think it's that simple, my understanding is that the game data is on the pre-installed SD card but the license for the games in the eShop is associated with the system itself. If you remove or change the SD card, you won't be able to play Pokemon Red or Blue, but you will be able to re-download them. If you do a system transfer to associate your NNID, it will overwrite the save data for those games (it even explicitly warned me to do a transfer *before* playing for this reason when I first started the system) but the licenses will now be associated with your NNID. After that point, you cannot reset the system or transfer your NNID to another one, but the licenses will no longer be associated with that system and the old SD card with the data for those games won't work. My evidence for this is:

1. Way back before NNIDs were a thing and the eShop was only associated with systems, I bought a LoZ 3DS and someone else's used 3DS with the Ambassador games. I wanted their games on my LoZ system, so I transferred LoZ -> Ambassador, waited a week, then transferred Ambassador -> LoZ. The games from that system had their save data deleted but they were added to my library, so they were absorbed and pulled back like a katamari. That behavior has changed slightly now that we have universal NNIDs, but I believe the behavior is the same if the system does not have an NNID associated with it.

2. Nintendo's information on factory reset lists what will and will not be reset

The key points are:

So the licenses are not stored on the SD card itself, but on the system, and they will only survive the factory reset if the system itself is not associated with a NNID.
Sorry if that was unnecessarily long, but there was a lot of contradictory information already, so I wanted to be clear where my information is coming from.
tl;dr: The licenses are associated with the system until a NNID is attached, either by creating one or by transferring to the system. Once a NNID is involved, they are permanently detached from the system. The SD card only contains the download data used to play the games and will only work as long as the system is not reset or overwritten by a system transfer.

No clue haha. Just thought it'd be a punny xD

You were right on point, it was supposed to be Ditto and I appreciated the pun :P

Personally, I'm thinking about getting this pink one and adding a little something. Your effort was valiant anyway

So what's the story on Dangan Ronpa? I'd really like it but I'm trying to decide whether I should just play the second or the first or both? I'm a big Ace Attorney fan so I figured it would be fun though it's hard to follow exactly how it works.

Absolutely highly recommend Dangan Ronpa. Play the first, then the second. The second depends on you playing the first (it will explain any missing info eventually, but it won't be as interesting/shocking/etc if you don't have that background).

David reporting in. What's this all about?

Not sure David, have yet to get more details. May have to check with David.

Yes? This is David, I'm here, what are you trying to get me to buy?

So if anyone wants to catch me up, has any of the Best buy MM N3ds shipped yet?

I have my preorder still kicking, hasnt been canceled yet...(knock on wood), but it still is stuck in preparing order stage.

Hoping im not the only one, and pray that it ships tonite atleast.

Some people have reported yes, sporadically throughout the day.

Mine is still preparing, no email.

Getting to the point that I'd rather they just cancel it so I can go buy a regular one instead.

I wish Best Buy would just tell me whether my MM N3DSXL has shipped or been cancelled already. If I know one or the other, I can decide whether or not to try Target tomorrow before work.

Got my shipping confirmation for Ultimate Edition of the game (LE + guide), UPS says estimated delivery by Monday but I've had packages arrive before that estimate.

Of all the dumb choices Nintendo has made over the past few years regarding Club Nintendo, I'll excuse them slightly if the new program they roll out removes the survey aspect of registering a game and just lets us earn points without being marketing slaves.

Pretty sure that's the entire reason the program existed in the first place.

You're a bad person and why we can't have nice things.

Whenever I go to Gamestop, I take the slip out and bring it home. That way other people don't waste their time taking codes I've used.

Will they still give coins for eShop purchases of games released before 1/20?  Still need another 25 to get to Plat.

...Or can I pick up a couple of the CN titles and have post play surveys that add up to 25?

In the official statement they say that eShop games will still give coins until April 20th.

Whoops, that was the CN UK statement. I don't see any mention in the CN US statement.