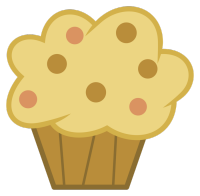 Our hospital lacks the capacity to treat everybody with the virus. And, they don't really want poor people there with no health insurance. Is what I'm taking away from it. They told me that there was nothing that they could do for me, and I had to either be suffocating to death, dying, or have a temperature of 110 or more for them to let me have a respirator and a hospital bed.

Well you're dead at that point if you have a fever that high so it sounds like they're basically telling you to frig off.

There was one Target left in my area with stock and they had their price stuck at $49.  Been watching them everyday waiting to see if they drop the price and of course on the one day I didn't get a chance to check it drops to $17.98 and is already sold out.

bullshit, gs is worth billions. they're not going anywhere other than closing lower performing stores.

The lowest it's been since at least February of 2005.  Not to mention their operating income has been tanking hard since last October.  Closing stores will help that but it's still not a good sign.

Shipped and sold by VIPOutlet though and Walmart has a bad track record with returns from 3rd parties. I've ordered from VIPOutlet's website before and had good results.

Anyone end up ordering one of these?  $10.99 currently and I'm debating on whether or not I should order one or not.

Id think latency would be a big one.

I was a part of the PC beta and I was honestly surprised at how responsive the game was.  The controls were never an issue that jarred me to the realization I was streaming the game rather than playing it locally.  The only problems I really experienced were occasional drops in video quality.