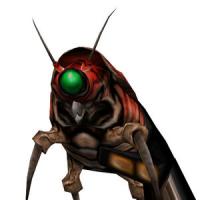 Snarky hasn't added any friends yet.

Nice, just sold off some stuff to get Doom 64.

ONLY 1 CARD FROM DISCOVERY QUEUE?!?!

And it doesn't even show up...

I wonder if they screwed up, I can't find it in my inventory either, but I seemed to get a card when buying Doom 64.....

Maybe they'll actually open up some "Retrostop" stores like everyone keeps begging them to (and only those stores will accept older stuff)?

Funny, I remember a chain like that, but then a certain someone bought them out and took over.... 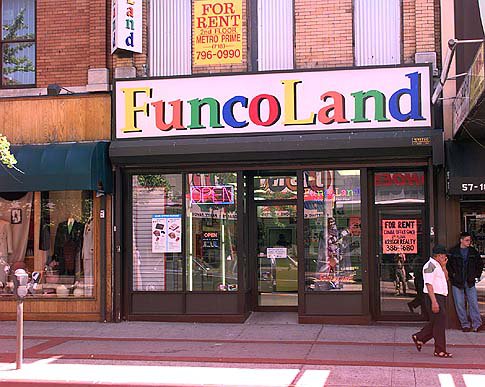 Got the Guardian Nendoroid Figure for $17.98, and noticed some other stuff while I was out yesterday:

I'm hoping they will drop even lower like the Google Voice Kit AIY did...

Yeah, that is why I use something like steamdb to check on a game's price history, and there have been quite a few times something has been much cheaper when NOT during the main holiday/summer sales.

With all the hype these Steam sales have had for years, can't say I am too surprised that the developers figured that most people will buy at such sales prices.

A lot of stuff on my wishlist don't seem have dropped that much in price, and I don't feel like price history checking.

Meh, I think I am going to mostly pass, there is quite a lot of $4.99+ stuff that I don't feel like playing anytime soon.

I just tossed some out and it is too late to recover any.

Ever since they changed the rewards program I stopped bothering.

Yeah, they apparently have other offers that need "x" product codes from 12 packs, but they don't bother factoring such in.

At least with the old program you would get 3 for caps, 10 for 12 packs, and whatever for 24.   While the offers were meh towards the end, it was easier to bank points and keep track of what you needed.

WARNING, there have been a lot of defective copies of this game, and best buy had a lot of them!

Oops, forgot to check the date on that post....

Not too great of a deal, but I grabbed a few of the Star Wars tote bags since my state started charging for grocery bags.

Quality seems ok and the size is a bit bigger/longer then my grocery's ones.

Man I hate them, they pretty much toss the darned thing and run, my last order probably was damaged due to them, overall I would rather Amazon just use USPS even if it gets here slower.

Wait, I thought it was due in the fall/winter....

So will still I be able to trade in my tent this fall for credit for them?  Seeesh some summer, more like #Waiting4WinterAtGameStop!

And their contest sounds like a cringe-worthy bad idea

Trade your headset for a handshake. We’re going to fly you out to finally meet your co-op partner and set you both up with some serious gaming cash.

And the other week themes seem to be similarly themed romance, reunited, etc.

Hmm, if they are doing Back To The Future I wonder if that means more Legos along those lines.

Maybe they will even "reprint" the larger Lego Delorean Time Machine they did. It is now is going for $60+ on Amazon, so regret not picking when it was $30...

I'll probably hold on the main Dimensions packages, but guess that BTTF set is another thing to add to my growing number of pre-orders due to GCU.  With this one I intend to open it and place it with my other figures, so it has another purpose.

Here is the list, with dups as bold underlines and italics for "Wii" versions that might be Wii U upgradable:

Only other difference I notice is that they added some 3DS VC games that don't appear on the main Club Nintendo coin list.

I am surprised that they put them up, but not absolutely NOT surprised the line up is meh.  They really should have went out much better seeing this is the end of the program and the darned coin club rewards already listed are somewhat decent/much better.

Debating Mario Golf World Tour, New Super Mario Bros 2, or Ultimate NES Remix.  If I had a Wii U or thought I would get one anytime soon I would probably just get Super Mario Galaxy 2.

Too bad the 3DS doesn't play GBA games, but I probably would be better off just buying them if it did.

OH WELL, time to also start thinking of what darned game I want to get with my final Club Nintendo coins.

Welp, I kind of regret not getting the posters instead, but oh well.

I mostly got the following 3DS games:
3D CLASSICS URBAN CHAMPION (yeah, I wanted them all)
3D CLASSICS TWINBEE (Still insulted it was 150 coins while above is 200)
3D CLASSICS XEVIOUS
3D CLASSICS EXCITEBIKE
KID ICARUS: UPRISING

And now I wait for whatever Elite rewards are this time before spending my remaining 290...

All I know is that it probably will be 3DS related, maybe Wii although the only ones I can think of are Doc Louis's Punch-Out, Art Style: Cubello, and maybe Paper Mario(I don't own a Wii U, but it isn't even on the Wii U Virtual Console yet?  Come on Nintendo).

FINALLY the Coin Transaction History came up, so with those rewards + remaining I had 1740, and some digital/physical purchases make my total 1875(so I would have had about 2 more years of Platinum).

Still glad I registered everything well before today, the site is an unstable mess, and I can't see Nintendo adding any extra time to all this when they can't get this server stuff right.

... Hmm, and tomorrow is April 1st, what a fitting time to end this coin earning part of the program.  There is apparently a Nintendo Direct that day, with Nintendo claiming they won't pull anything funny that day.

The PS Vita shooter TxK will not be released on PlayStation 4, PC, Oculus Rift, GearVR, or Android, due to its creator allegedly receiving legal pressure from Atari.

Jeff Minter, who previously worked at Atari when developing Tempest 2000, says the publisher is preventing him from releasing TxK onto other platforms due to copyright claims.

According to Minter, Atari is also accusing him of “deliberately setting out to cash in on Atari's copyrighted Tempest name, by giving my game a deliberately obscure name of TxK."

“They kept hassling us and eventually I sent them sales statements so that they could see for themselves that we weren't getting super rich out of it[The Vita version]. I even tried to point out that if there was any serious money to be made out of it, it would likely be from the ports we were making, and that we were willing to negotiate about obtaining 'official' branding for, if it meant they could at least be released, but we were met with nothing more than intransigence."

He continued: “Even after having shown them that, they are still trying to insist that I remove from sale Vita TxK, even though it's plainly at the end of its run now and only brings in a trickle these days, and sign papers basically saying I can never make a Tempest style game ever again. So no chance of releasing the ports."

Now while I AGREE Atari is right in the game essentially being Tempest, Atari

-ing however have REFUSED to work something REASONABLE out with Jeff Miner.

Again, I don't blame Atari for saying https://store.playst...LAMASOFTTXK0001 is pretty much Tempest, but it would have been better if Atari just worked something out since Minter did help them with Tempest 2000 back in the day and like the "new" Atari has produced much of anything good besides mobile MEH stuff.