have not been finding much lately but i did get some loose ds games for $5 each. the games in the second picture were about $10 each expect Dracula which was $5. i got 25 box protectors for my sealed ps2, xbox and gamecube games. i didn't think i would use them all up but i still have about 25 more sealed games. the other games though are nothing special so i not in a hurry to get more box protectors. i am not a sealed collector but i cant resist getting sealed games for $10 or less. the most i spent on one was $50 for chibi robo but i intended to open it but i found another copy cib for $12. cant believe how much some of these games go for sealed. Hit three more .99 Cents Only Stores and picked up

Mostly Revenge of the Fallen Transformers, some Animated, and some random stuff.
*Revenge of the Fallen: Jetfire, The Fallen, Optimus Prime, Megatron, Ravage, Ironhide, Ratchet, Icecream Truck Mudflaps/Skids, Skids, Mudflap, Thrust, Dirge, Starscream, Arcee, Soundwave, Armorhide
*Dark of the Moon Megatron
*Animated Starscream, Megatron, Soundwave
*Megatron Armada (Re Deco)
*Universe Hardhead
And two others I can't tell
It happened randomly. I was helping out a customer and they noticed there was some Transformers on the shelves. They asked if anyone collected Transformers, cuz he had a tub of them at his house. I said I did and he asked if I wanted it. For Free. Said it was taking up space and he didn't want it anymore.
He left and came back to drop it off. He hooked it up.
I must've done some good customer service.

I liked these the most.

If anyone who has the 99 cent stores near them is willing to pick a few up for me in their travels. Portal, LotR, and Jurassic stuff is all I've seen that interest me but maybe there are Ghostbuster related ones at the 99 cent stores too?? Thanks.

i picked up the black gameboy sp ags 101 for $15. it has a stuck pixel on charizards leg but works great. the store had wanted $40 for it but i couldn't turn it on so i asked them to use a charger they had so i could test it out. after waiting a while they said it would not charge and the light didn't come on. the guy said they could lower the price to $15 but it would be final sale if i was interested. i got it home and plugged it in and it charged without a problem. i also got a bunch of other cheap games i was missing in the collection and a vita 4gb memory card for $10

Picked up some Lego Sets.

Gonna try and trade some for

If they have anymore next weekend I will try and get some for other people as well.

In my town and the surrounding area we have Dollar Tree and .99 Cents Only, and a Dollar General opened up a year or two ago but I haven't checked it out.

Last night from Indiegala I bought

and got the bonus game Between Me And The Night for free. A ps vita slim with a blue case with 2 games. walking dead and god of war.

it has 3.57 on it. cant add psn account on it unless update. anyone know how to avoid update and still add your psn account?

any tips, etc for a new vita owner?

Stopped at the .99 Cents Only Store to see if they had a new stock like the Back to the Future Level Pack, picked up Video Game Monthly Box- 2 free games again, not sure how I managed that in my first 2 boxes. Sealed copies of NHL2K and Sega Marine Fishing for Dreamcast, complete copies of ATV Mania and Big Game Hunter for PS1, Finding Nemo and The Incredibles for Gamecube (no booklets), disc only copy of Spongebob Lights Camera Pants for GC, Populus for SNES, Iron Tank and Silent Service for NES, a rough labeled Sonic for Genesis, and Turok 2 for N64.

I checked a couple of stores twice a week. They will usually bring out more stock. The only one from the wave one sets is a Lion looking minifigure from the Chima line. 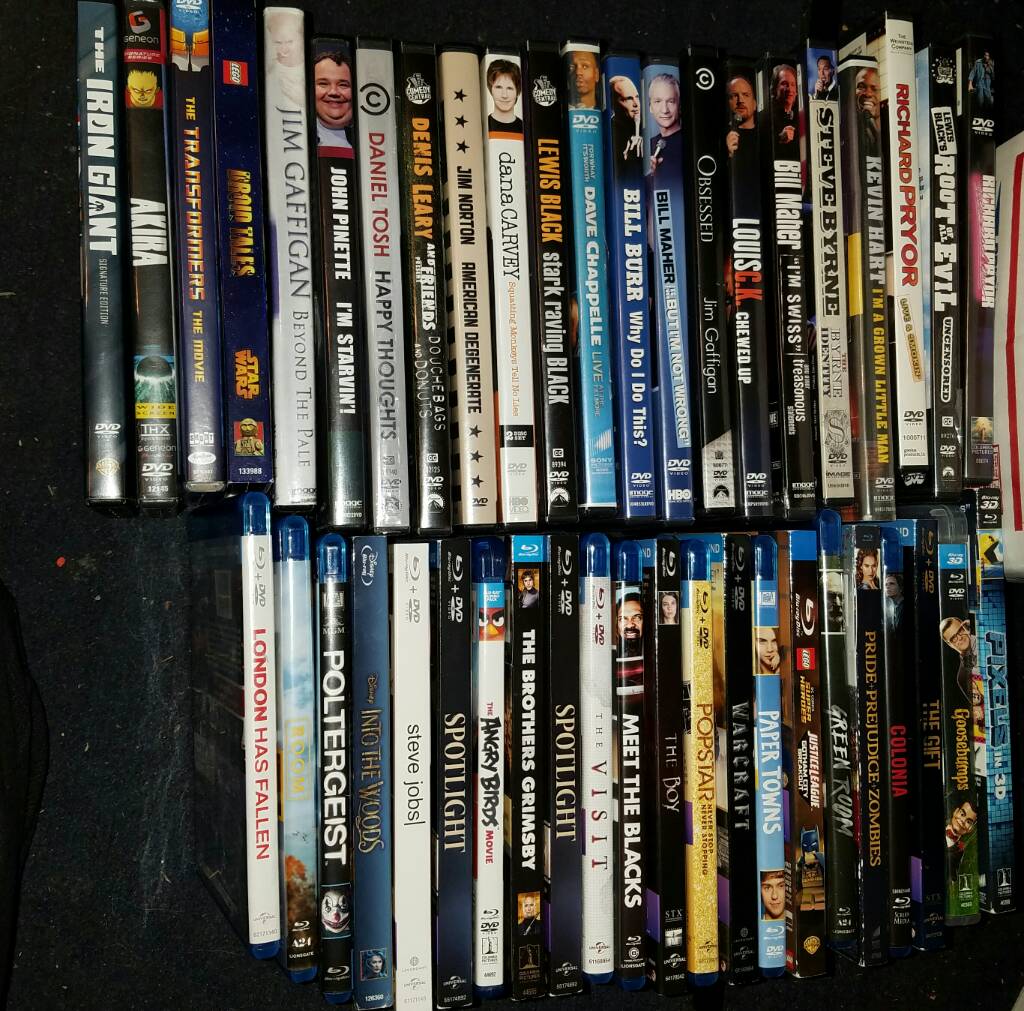 And yes, I know I need to vacuum the rug. And I just noticed we have two copies of Spotlight.  :/ i got this today for $40. had to pay a little but i think it was worth it. cant wait to try it out.  it is complete and i only had to remove some stickers from the front.

Edit: i also brought  a wii today console only for $10. powered it on and found mario party 8 inside. decided to go on ebay and look for case and manual. found listing for about $10 ending in 4 hours. was going to pass but it had best offer so i offered $5 and they took it. so got mario party cib for $5. LOZ cds from Amazon Japan, according to the tracking number they left Japan at 10am one day and showed up at my house in IL at 11am THE NEXT DAY! My mind was blown.

2 64GB microSD cards (one for my Nvidia Shield and one for my Raspberry Pi 3 so I can steal my 128GB for my Switch) and LOZ Art & Artifacts from Amazon. CD Friday was good. I added sixteen new CDs from the mom and pop store (Buy 5 Get 3 Free at $1.99 each) and I bought this from the mountain they have at Target for $8