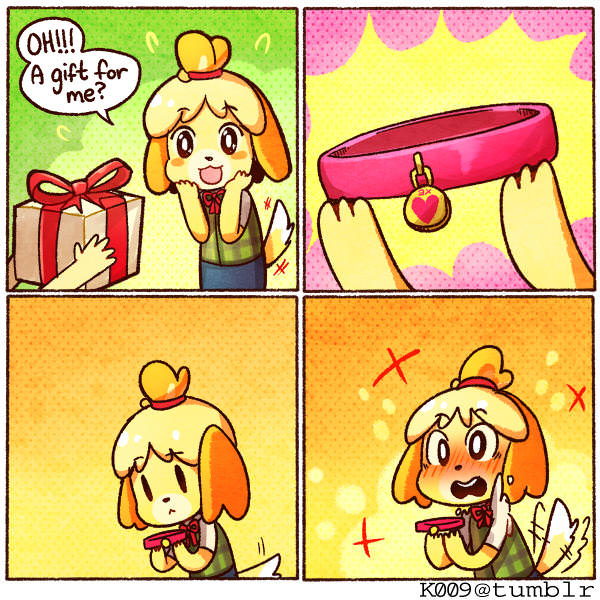 the last 5 minutes of that direct, oh lawd

I only see two good Final Fantasy games in that picture.

If they ported Triple Triad over and left the rest behind I'd be satisfied.

I put an obscene amount of time into Triple Triad...

I only see two good Final Fantasy games in that picture.

I know right!  Crystal Chronicles is coming to the Switch, but not The Crystal Bearers?  That was one of the best damn games on the Wii!

I'm just a big fan of Brawl in the Family.

A Code Geass Game Project Is In The Works, Set To Be Revealed On September 16

Seal of orichalcos or GTFO!

Damm you got the platinum already?!
Knowing there's dlc characters now I'm torn to get the overpriced physical usa edition. I don't want to have to buy hong kong psn cards :/

Yugi will be OP. His super move will be able to call Exodia and instant win every match.

I hope Bandit Keith makes a cameo as a support character or something. Cause "In America!"

As for me; though I'm not angry he's excluded, I am disappointed. The reason is that the game has a bunch of duos and it also has Wario. Even if Waluigi's sole reason for existing was to complement Wario's Tennis playstyle, the two are/should be a pair just the same as Mario+Luigi, Fox+Falco, or Lucas+Ness.

It'd be like a DC Comics fighting game series having Batman+Robin, Flash+Kid Flash, and Booster Gold. Excluding Blue Beetle isn't that big of a deal, but it is disappointing that they'd keep Booster and not add BB later on when they added new characters.

I also think the idea of him being an actual person reacting to his exclusion is a funny idea. Including the idea that he'd go to other fighting games to "get his chance."

I'm glad Waluigi is just an assist trophy. Wario has his own line of games dating back to 1994, he's been separated enough from the others to merit inclusion. And Waluigi is to Luigi as Daisy is to Peach, so we'd have to include her as well. It could work, but there's already Mario, Dr. Mario, Luigi, and Peach, and we already have unlockable move variations.

Isabelle is an unusual choice for a new fighter, but I mean they already revealed Ridley--I thought the huge pterosaur wireframe alone was enough to exclude him. What about Rayman? Travis Touchdown? BRING GENO BACK?!

i am not getting any feedback so i'll ask here, did anyone order the smash controller from bestbuy? got an email stating it now comes out in nov, can  anyone confirm and also does that mean nintendo push for digital only plans is releasing smash a month before the physical comes out?

E: nevermind, just got a new email shifting back to dec, would like to throw whoever is in charge of updates of a bridge

What's the likelihood of there being any sale on the Switch during Black Friday? All these announcements makes me want to request more hours at work

I honestly don't see Switch BF deals especially with 2 limited edition systems coming out in November, but there may be.

Azur Lane: Crosswave’s First Screenshots Give Us A Glimpse Of The 3D Shipgirl Shooter

The World Ends With You: Final Remix Trailers Introduce Its Shibuya Story And What’s New 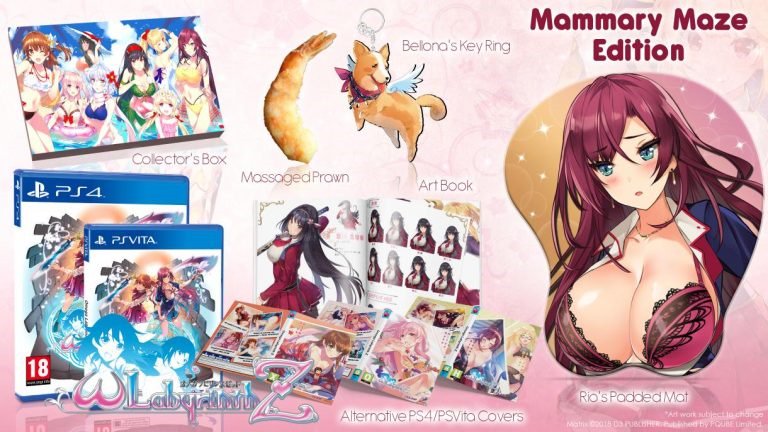 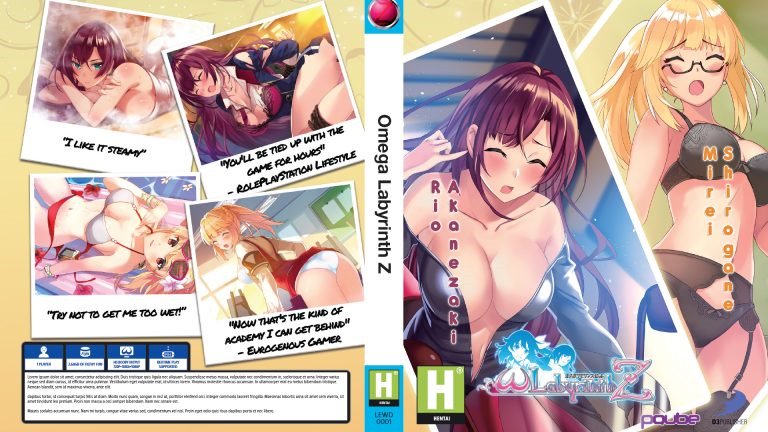 lol Azur Lane is really on the ball. They keep doing what Kantai Collection fails to do..

The major thing above everything else is adult games are now being allowed to be sold on Steam. This means no longer needing to find 18+ patches or buy them elsewhere or such. This is good, and everything is filtered already. I am very much for this, and if you want to see adult content change the box on your Steam settings page. I still don't think nukiges and other more hardcore VN will be put there, but I could be wrong. To go with the news DLC is being added to pages for Sekai/Mangagamer/others to restore 18+ content, as well as some games just turning the 18+ content on from the default.

This also marks the release of Shining Starnova, which was in limbo for months for being released on Steam. I will give a better review once i'm done with the VN, but it's an interesting VN with likely a bit too much idol and life drama. It's still pretty good. Melty's Quest also I believe was the first game that changed its settings for the change, which is on sale right now.

Sol Press released DareSora: Tears for an Unknown Sky from Anagram. This is the first volume and is about what you would do if your soul was at stake. I have no idea honestly, but it's cheap and supposedly translated well.

Loca-Love: My Cute Roommate from Frontwing is now being Kickstarted. I believe this is mainly for physical goods, but there are some cheaper Steam keys as well. The story is about charms that are possibly bad and keep couples apart, but 3 girls wish on them and hope to have their wishes realized. I have really liking Frontwing's games lately, so this is an easy buy.

Matchasoft released an OELVN Hard Work through Denpasoft. This is about a sexual counseling company and how they are trying to bring up productivity at a big company. It looks OK enough, but who knows.

Mangagamer also put up on their website Neighbor Watching from Ume Soft. A guy is bored and uses his telescope to look at the stars. He puts it all the way down and notices a lady doing things, and he becomes interested in her. He pretty much uses blackmail, but maybe she want a relationship like this? Not really my type of game, but it could be interesting.

Dharker Studios released Negligee: Love Stories, which I believe also is 18+ on Steam. It's a sequel to Negligee.

I'm still traumatized by the Leanne statue escort mission, but definitely a day one purchase if we get physical PS4 copies.

Resonance of Fate is going to be gorgeous with anti-aliasing

I've always wanted to play RoF, but never got around to buying it.

Heard that the learning curve was tough, but very rewarding.

I've always wanted to play RoF, but never got around to buying it.

Heard that the learning curve was tough, but very rewarding.


The game was all about creating triangles between your three characters. When you moved one, you wanted him to pass through the line between the other two.

And that’s almost all I remember about the game. 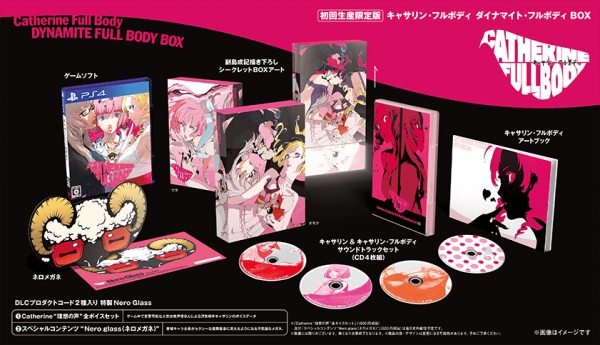 Zoids was a pretty good show i'll check it out. And does this mean umihara japanese physical will have english?

I'm still traumatized by the Leanne statue escort mission, but definitely a day one purchase if we get physical PS4 copies.

Resonance of Fate is going to be gorgeous with anti-aliasing

Valkyria Chronicles remastered was not anti-aliased. Although I hope for this, it could be a 1080p plain port.

The game we will never get. RIP 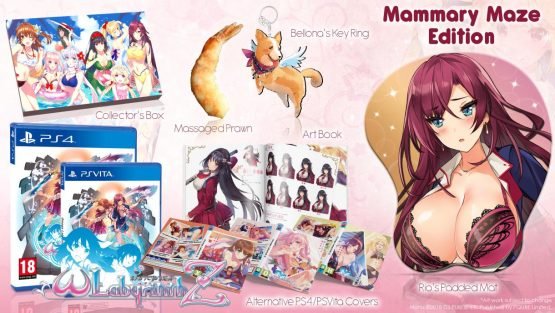