Walmart YMMV In Store Clearance Thread I (READ THE FAQs)

Not a cheap deal but just found this at Walmart. Cheap compared to what it's going for these days I suppose. 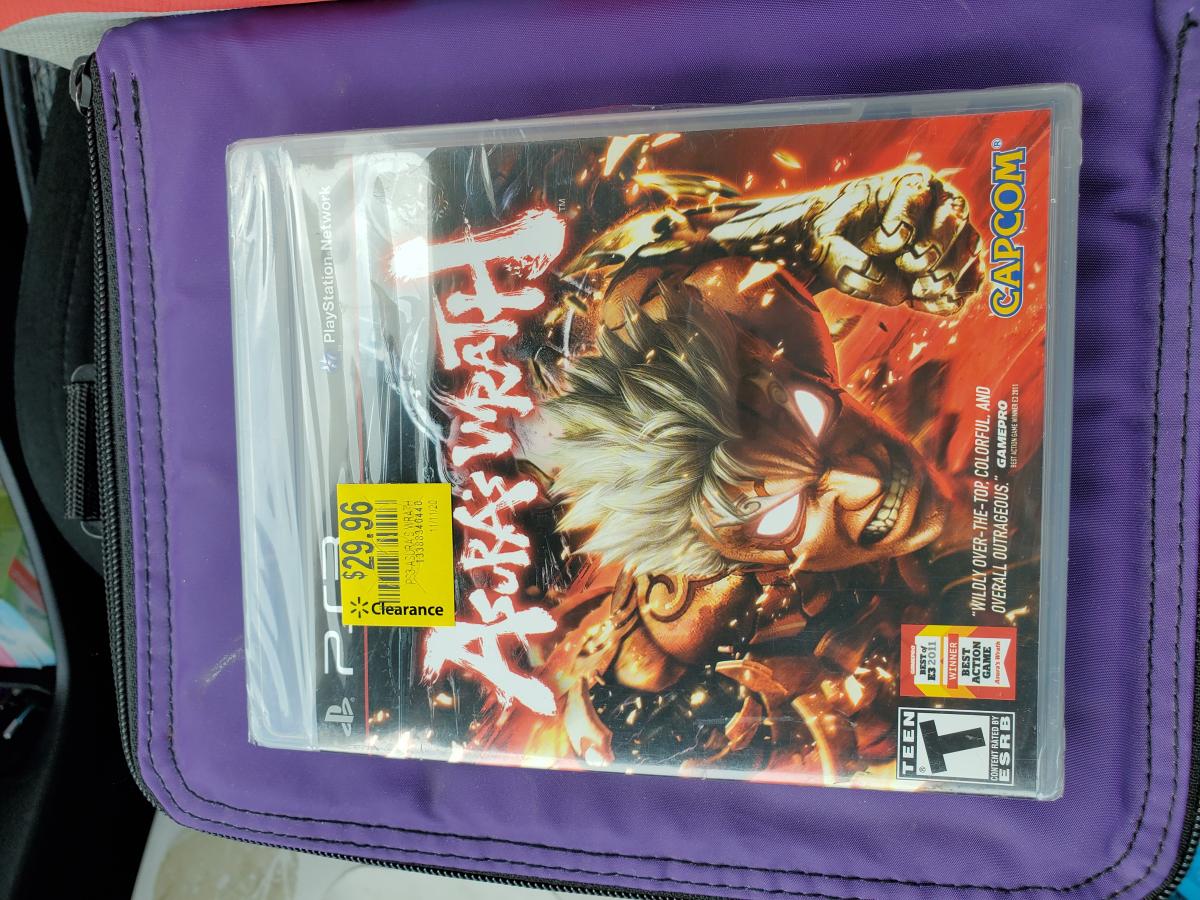 You too!?  When that happened last week it was the first time I had ever heard of it!  I mean understand that working at Walmart isn't the best but people should be able to open the cases!

Well this just happened to me just now, very frustrating! 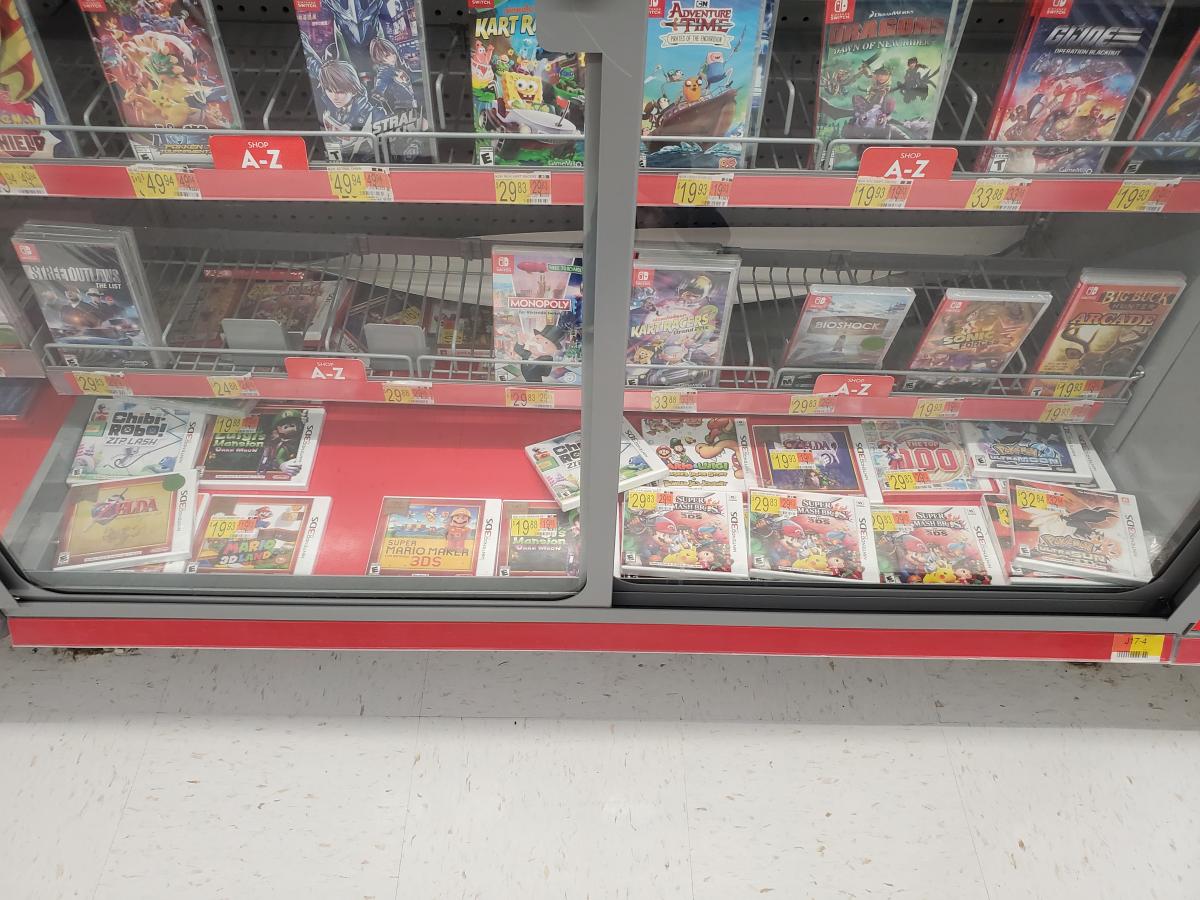 lol i was at that store the other day. the one cabinet they can open had two 3ds games near the back. I think it was animal crossing and zelda oot. they wouldn't sell me any 3 cent games either.


You just won the biggest Walmart score of the year. $.03 games don't hold a candle

The Pac-Man A1U’s are just drying up at the stores near me. None of them got to $75. Most seemed to eventually get scooped at $194 and one store sold theirs at $135.

Now this is humorous 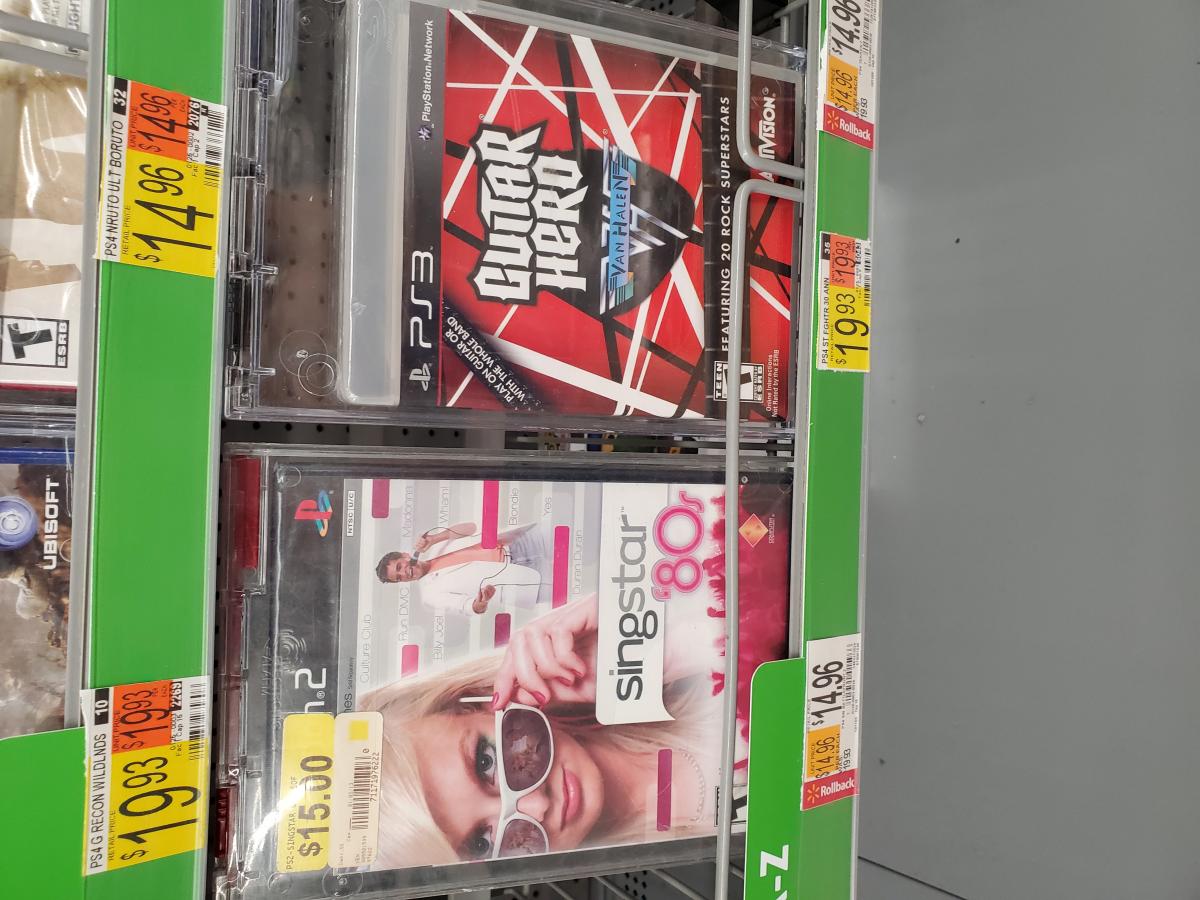 So I just found a few more restricted .03 games, A Plague Tale for PS4, Kingdom Hearts III Deluxe for XB1, & this one was weird because it scanned $9 on the Walmart App. Wolfenstein New Order/Old Blood combo for PS4, still restricted though.

I would have loved to snag a clearance TMNT cabinet, they vanished at 50% off.

Also, did not know Trollhunters hit .03.

That was last drop because it's restricted.

Now this is humorous

Humorous that they're not at full price like usual at almost every other Walmart?

A walmart I sometimes go to had a random PS3 copy of Let's Dance 2015. It's so old the UPC doesn't even ring up correctly because when I scanned it some random soap bottle tray came up for 3 bucks.

Here at the Silicon Dr Walmart in San Antonio. The electronics associate took the only copy of wonderful 101 I found from me when it rang up 3 cents. Gave me a sob story about how they’ve been written up in the past for selling “penny games” and she’s looking at being fired if it happens again. So I didn’t argue and will just ask employees to take games to the front or “calmshell” next time

Went to abou t 5 different Walmarts around me, even ones Brickseek said had multiple copies and no luck outside of Animal Crossing.

Never seen any of this clearance stuff before at Walmarts around me. Are they all unmarked and locked up?

Eh, I bought some three cent games a few years ago. Most of them I got to keep, but I couldn't buy the DS game that came with the stepmeter. That was mildly annoying, but not the end of the world or anything.

no reason to get upset really

A part of me wishes all of these games rang up like $5, at least then the workers wouldn't do the neck slingshot thing when it rings up less than a dollar for several games.

Honestly, I would be happy if Walmart clearanced most of the 3 cent games out at $10 each.  Would probably weed out some of the cheap resellers too.

Yeah I'd be fine with that as well.


Do all forms of making a profit make you cry or is it just resellers specifically?

I wish Walmart would use a system like the old Kmart clearance system from 2005.  It was SO great.  All stores had the SAME clearance price for the games.  No issues with weird pricing differences between stores.

And the games would slowly go down in price so if there was something you wanted to play you could grab it for $15.  Then other stuff would go down and it wouldn't matter what the price on label was.  And the employees would just sell it to you without any weird BS if the price was low.

No games near me and that case that was locked last weekend was completely cleared out!  Kinda seems weird that there are so many locked cases that just happened to have a bunch of games.

I like how you're so pressed about what other people are doing.

Do all forms of making a profit make you cry or is it just resellers specifically?

I like how you're so poor you lump video game resellers in with "making a profit." What's next for you reselling advocates, getting that sweet bottle money? Too bad it's YMMV to only ten states.

You guys are too sweet with your feuds. El Hoardo from the last page would be proud. Just waiting for IATCG to pretend to be Wheelson again and PM everyone in the thread with some braindead nonsense.

Wouldn't be the first time a banned user imitated another banned user.

I like how the TheOneGuyWhoResells likes the post of some rando attacking me but not the one of the price increase to $10. LOL

Do me a favor and ignore this thread seeing as I made it and ignore all the clearance post I make here too.

Some 3 cent games have been blocked from sale again. I'm not sure which ones but here is the current list of new 3 cent markdowns.

I like how the TheOneGuyWhoResells likes the post of some rando attacking me but not the one of the price increase to $10. LOL

i dont like petty video game buying drama in general but reading you believe you just got attacked hits really extra silly to me. maybe its the choice of the word "attacked", and it being memorial day

some rando attacking me

Are there any good deals on HDTVs?

Are there any good deals on HDTVs?

Yes but the quality varies.  Stuff like that is seemingly perpetually on sale in the middle of the walk ways. I can't give you any specifics on brands or prices right now but I'll try to jot the info for ones at my nearest walmart down since I have to go in there later.

It helps to know what knockoffs or generic brands have good parts and such in them vs high end name brands being low end parts and most people not knowing the difference. Plus all the extra stuff like how many hdmi ports it has, video ports for ps3/2/wii and so on.  I don't know about much of that since I just buy whatevers cheapest and has the most ports since I don't bother to do the research.

I would stay away from Walmart HDTVs if you want the top tier sets with more features and better qualities. They tend to sell low and mid grade sets from the manufacturers. I want the best pic I can afford and always buy a higher end model from the top brands when they go on sale. This is usually at Best Buy and stores like that who carry the better sets.

You guys done arguing like some bitches so we can get back to peddling $0.03 games already hahaha