I'm behind in posts, this happened years back and I never caught up.  I'll start with this weekend.

Woke up late, stopped at a garage sale that advertised "Xbox and Nintendo" anyway. 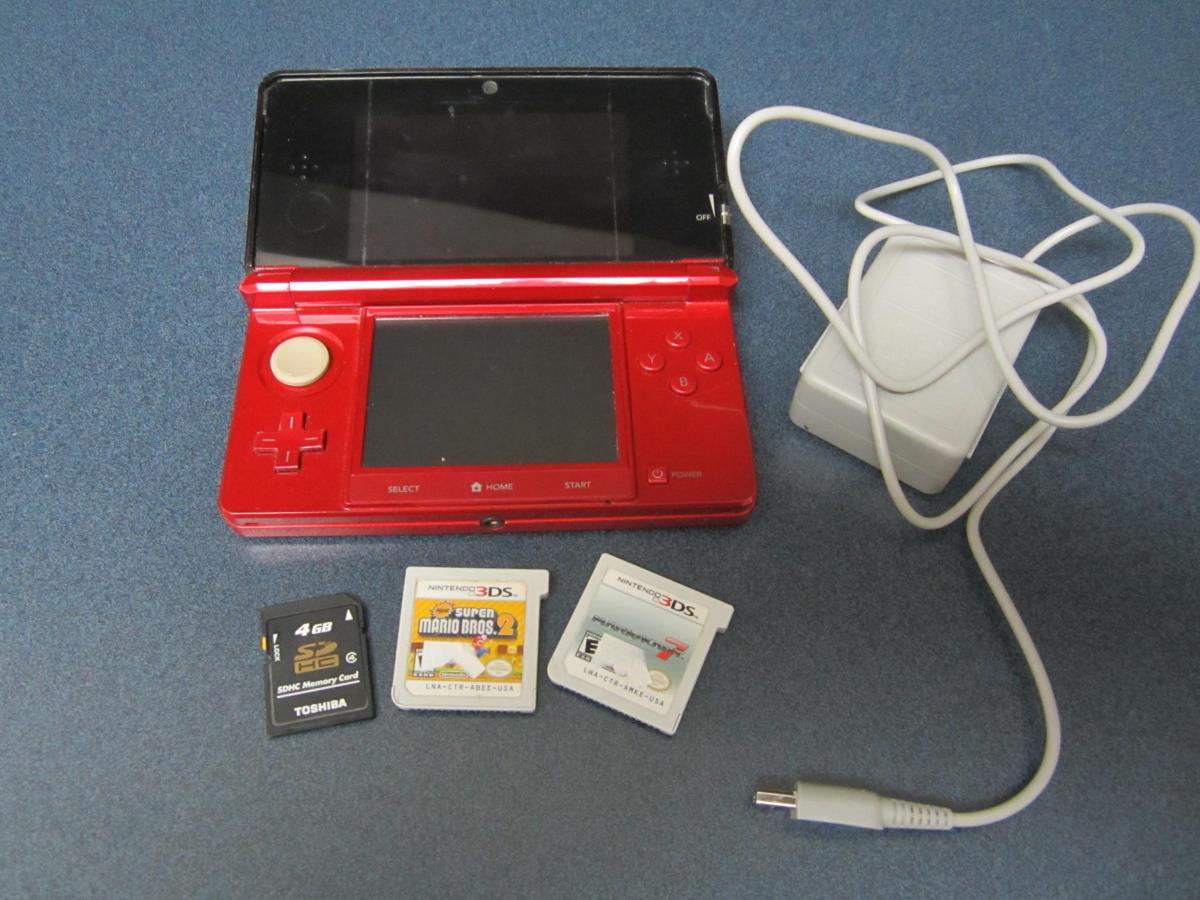 I only got to this because I bought an OG 360, console only, for $10 and it reminded her that she hadn't put the 3DS in the sale yet.  Not gonna bother with a photo of the 360 as I probably should have passed on it.  Only other gaming related item she had was an open package of 3rd party Wii power wires for $10.  Pass.

That was the only garage sale I was able to hit for the day for reasons you will see below.

It got a little rough, but nothing major.  But it put an end to garage sales for the day as rain was constant.  Started hitting up flea markets. 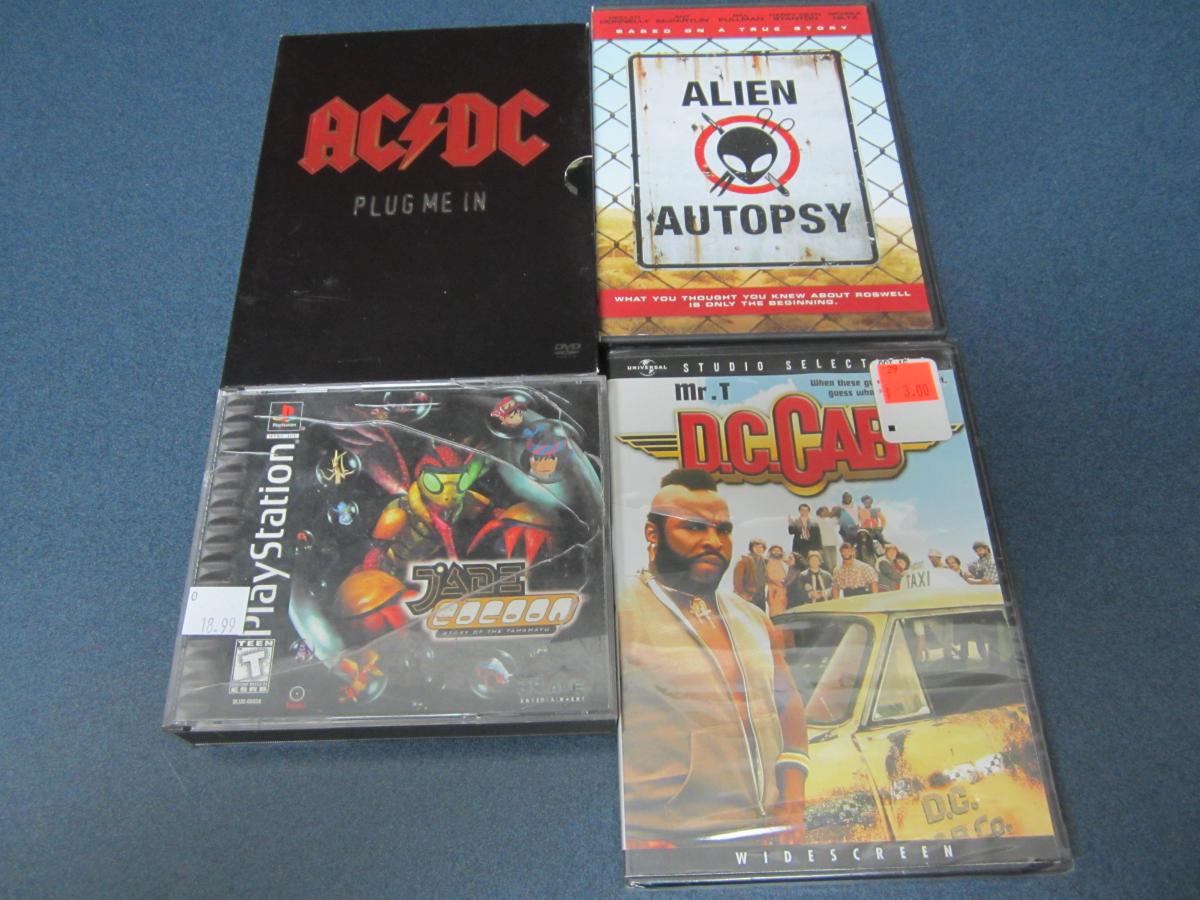 Yeah, Jade Cocoon was $19!  It was in a display case near the front, only game in the case.  Couldn't believe it was just sitting there.  It was missing the manual though and I'll have to replace the jewel case.  Was excited to find D.C. Cab, it is factory sealed but is torn almost all the way around.  I intended to watch it anyway!

It was 100 degrees in Baltimore this past Saturday but it was also my wife's birthday, so I offered to take the baby out yard saling so she could have a quiet morning. There were more sales out than I expected but unfortunately I missed out on games pretty much everywhere...except for the last place I went to. In that case, a buddy told me not to bother going since he had already been through, but I still had some time to kill so I figured what the heck and went. I'm glad I did, because my buddy missed out on a big, diggable box of PS2 and PS1 games. All the games in the first pic were $20 total (though I found out Yakuza is missing the disc) and the PS3 controller was $5. All of the other random stuff I found in the other photo was $4. 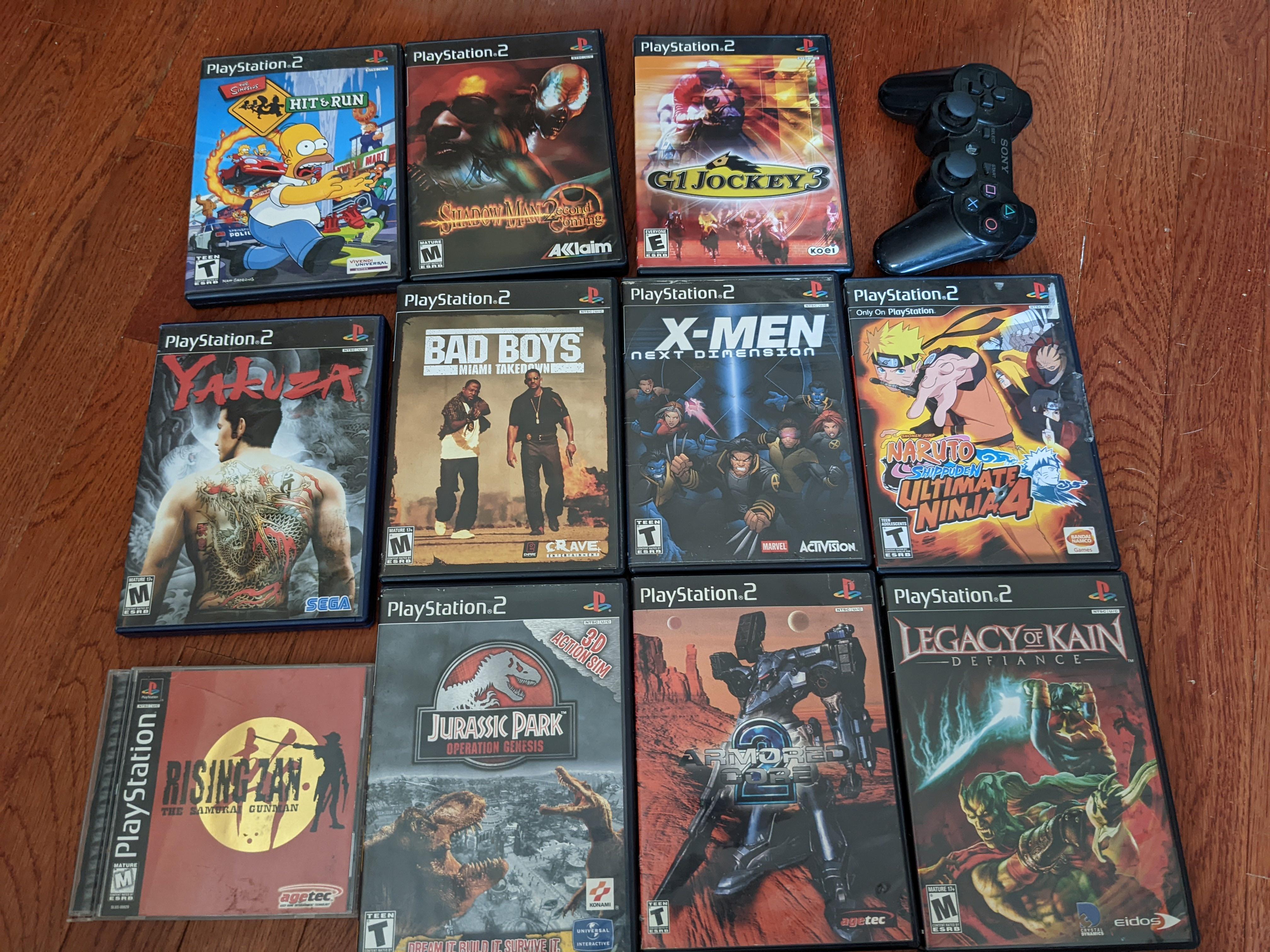 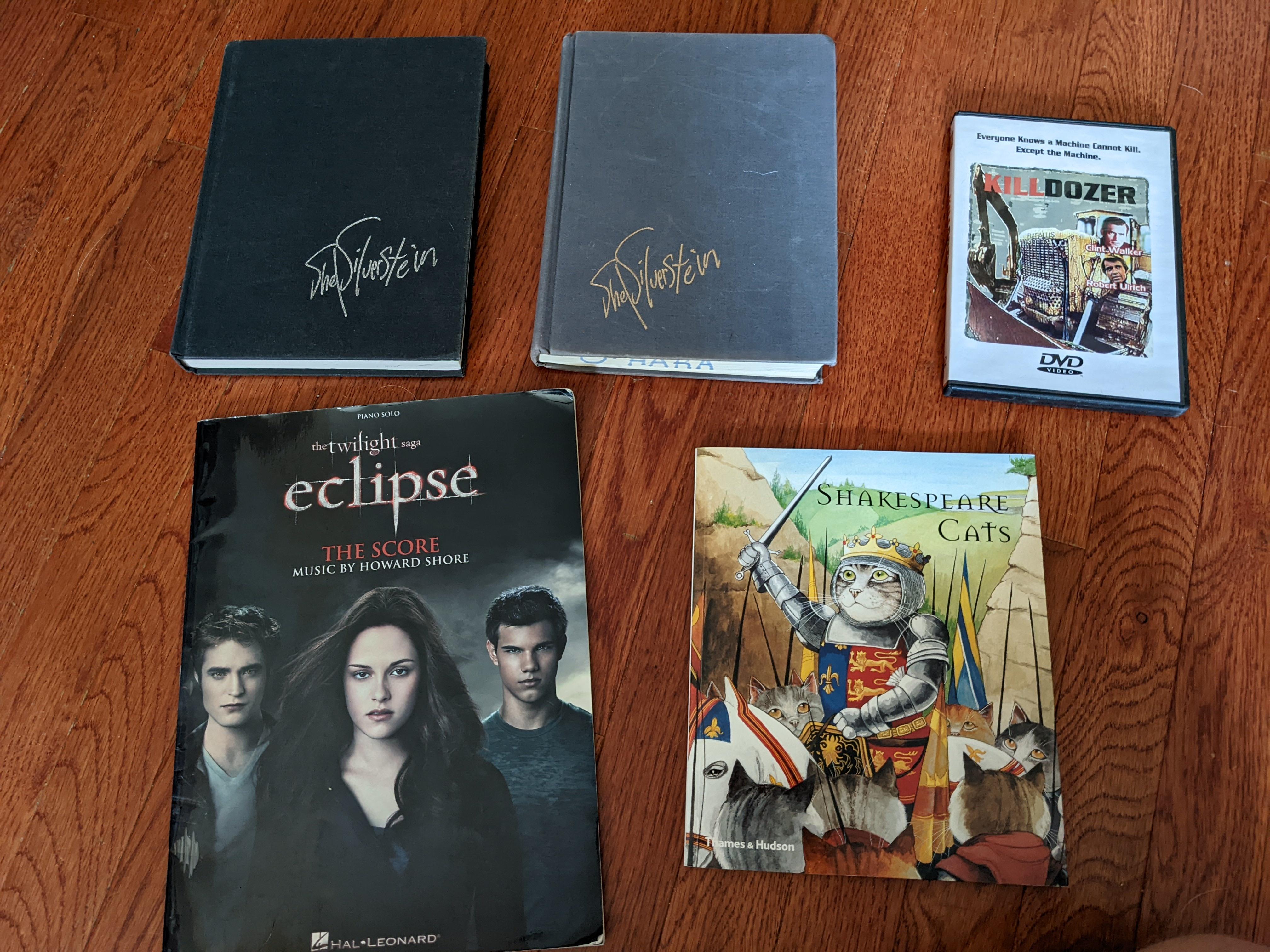 Bought a Wii/ps3/Xbox/Xbox 360 game lot of like 500 games for $350. All Banger's every Mario,Zelda,Kirby ect. That all went in the collection.

Bought a Wii/ps3/Xbox/Xbox 360 game lot of like 500 games for $350. All Banger's every Mario,Zelda,Kirby ect. That all went in the collection.

whoa does Hagane actually go for $1400 nowadays??? Where did you manage to find it for $6? great find.

whoa does Hagane actually go for $1400 nowadays??? Where did you manage to find it for $6? great find.


Facebook marketplace. And yeah it does mine had a pretty clean label on it compare to the others.

This week has been fire so far for thrifting/garage sales and its not even the weekend (which means that this weekend will be awful). But here's a rundown of my week so far:

Tuesday went to a random moving sale a few blocks from my house right when they opened at 7am. They had some okay stuff that I passed on as I wasn't too interested in it. They had a bunch of X-Box/PS2/360 games and an OG X-Box console that I passed on (mainly because it didn't have any controllers). They also had a ton of old loot crates. Which I also passed on.

Then I went to the thrift store later that morning and ended up using a $10 reward to get the two Wii games for free:

Then while riding my bike today at the end of my ride I hit up another random moving sale a block from my place and got the following for $32:

Avengers Endgame and Solo: A Star Wars story on 4k

Dragonheart the Complete collection on DVD

A bunch of vintage Legos none of them complete. But they had bits of a lot of older sets like 6074, and 6378 among others. Including the boxes which were in bad shape. But I figure at essentially $28 its a good haul (minus the 3 DVDs and the Batman figures)

crossing my fingers that my luck is as good this weekend as it was earlier in the week. 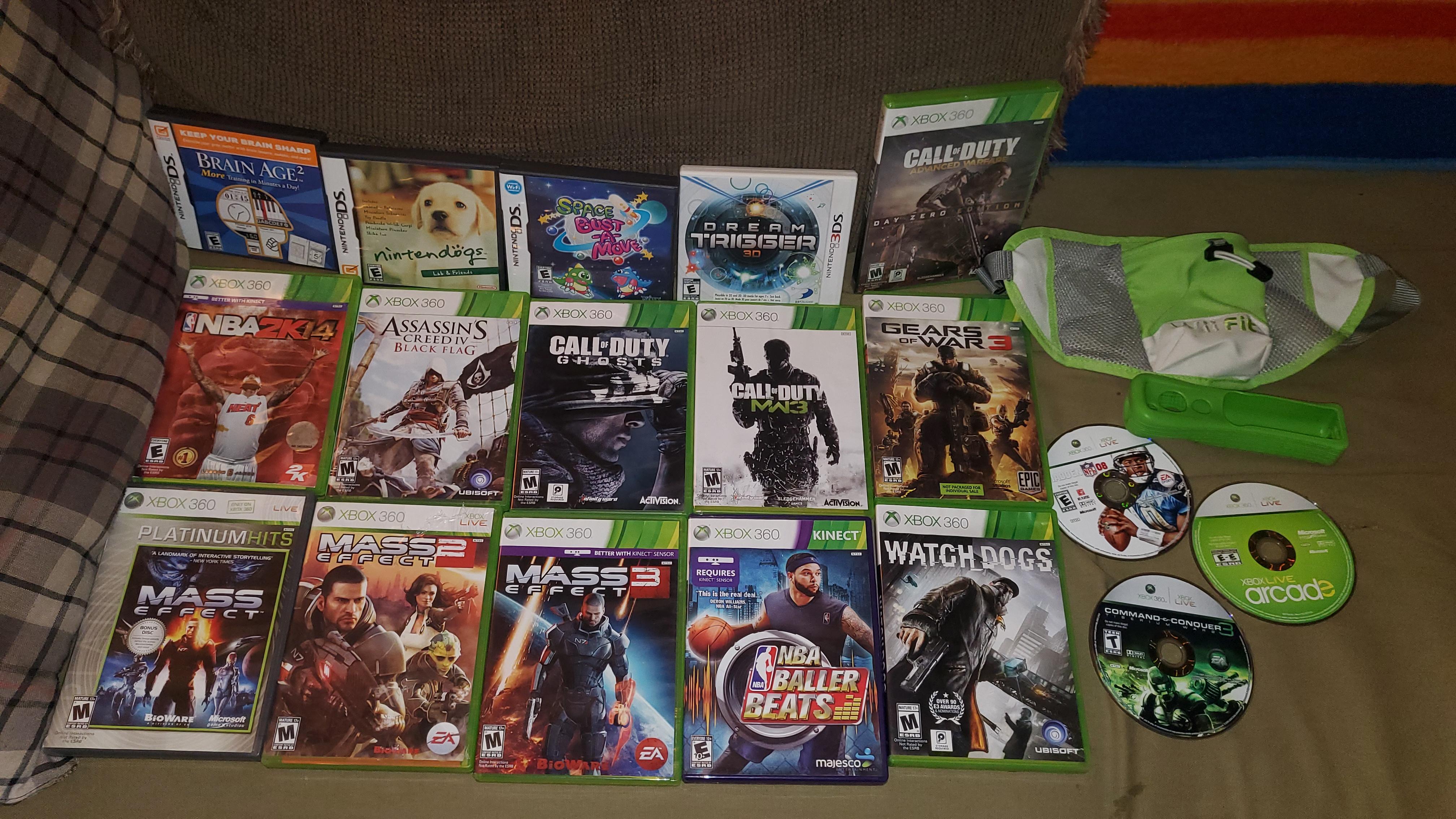 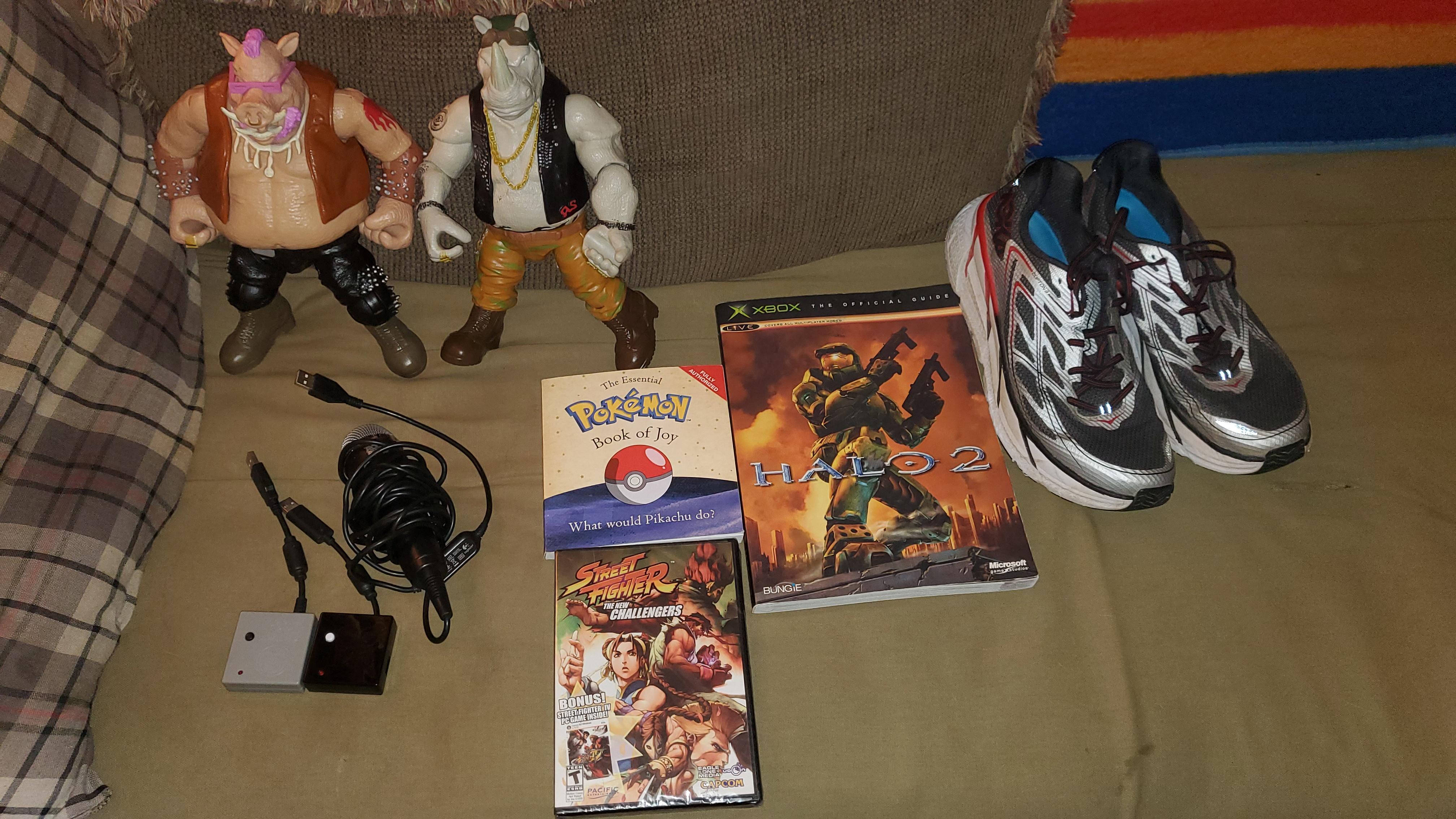 The consoles are in great condition and have been tested. Probably will sell my Silver GC system that I found earlier at GW this year and keep this one instead. I'm happy that I'm a DC owner again. Had a DC back in 2010 but sold it to GameCrazy retail store. I have no games for it but damn the price for Skies of Arcadia, Street Fighter Alpha 3rd Strike, Sonic Battle 2, Marvel vs Capcom 2 I want to get is outrageous :( 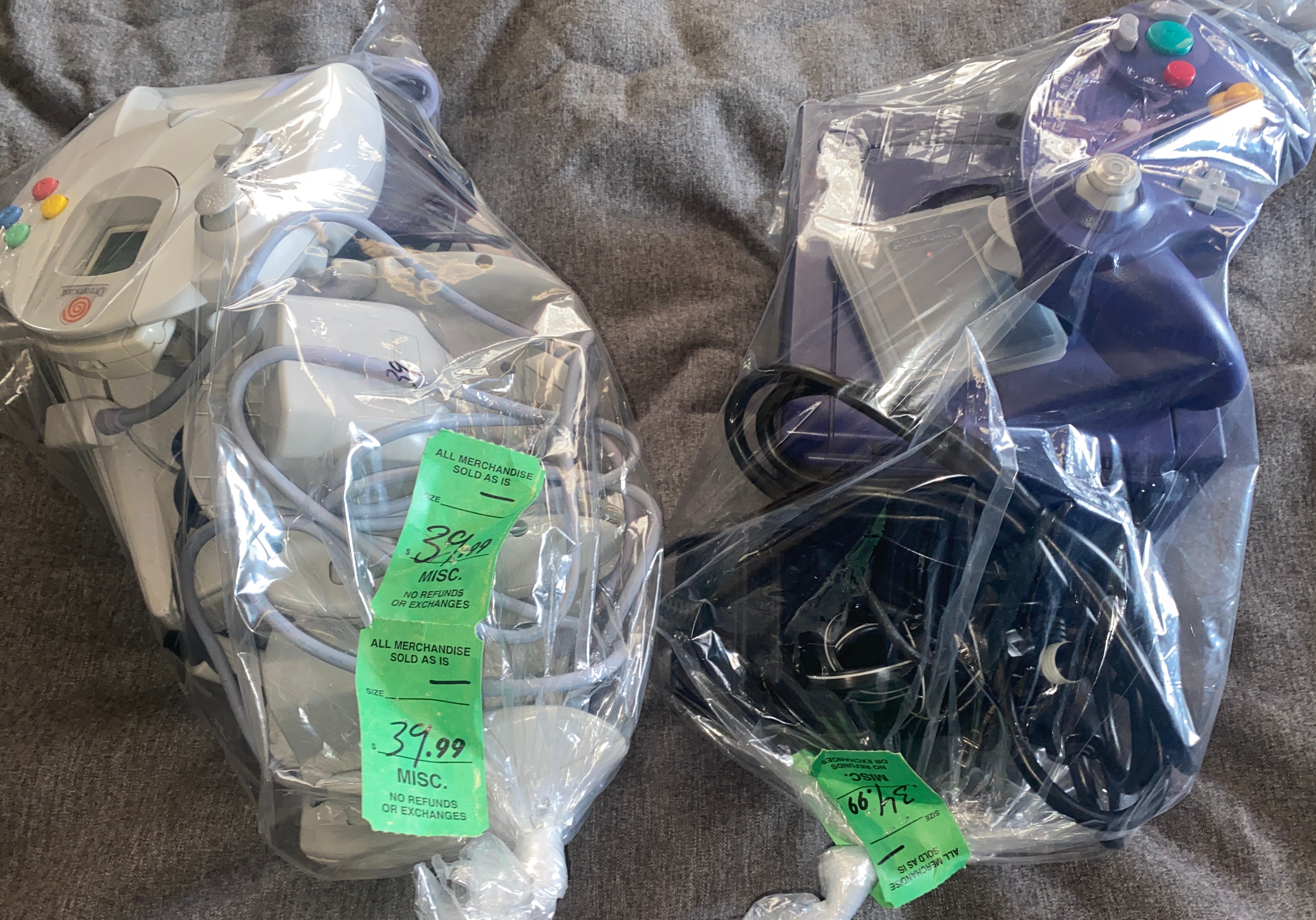 The consoles are in great condition and have been tested. Probably will sell my Silver GC system that I found earlier at GW this year and keep this one instead. I'm happy that I'm a DC owner again. Had a DC back in 2010 but sold it to GameCrazy retail store. I have no games for it but damn the price for Skies of Arcadia, Street Fighter Alpha 3rd Strike, Sonic Battle 2, Marvel vs Capcom 2 I want to get is outrageous :(

Id see about getting a GCloader for that GC. As for the Dc, I have a few disk only games on my tradelist

I saw 3 pairs of shoes today for $42! Resellers arent giving them that much! And people going in there for a decent pair of shoes probably cant pay $30-$45 for shoes! THATS WHY THEY WENT TO GOODWILL! 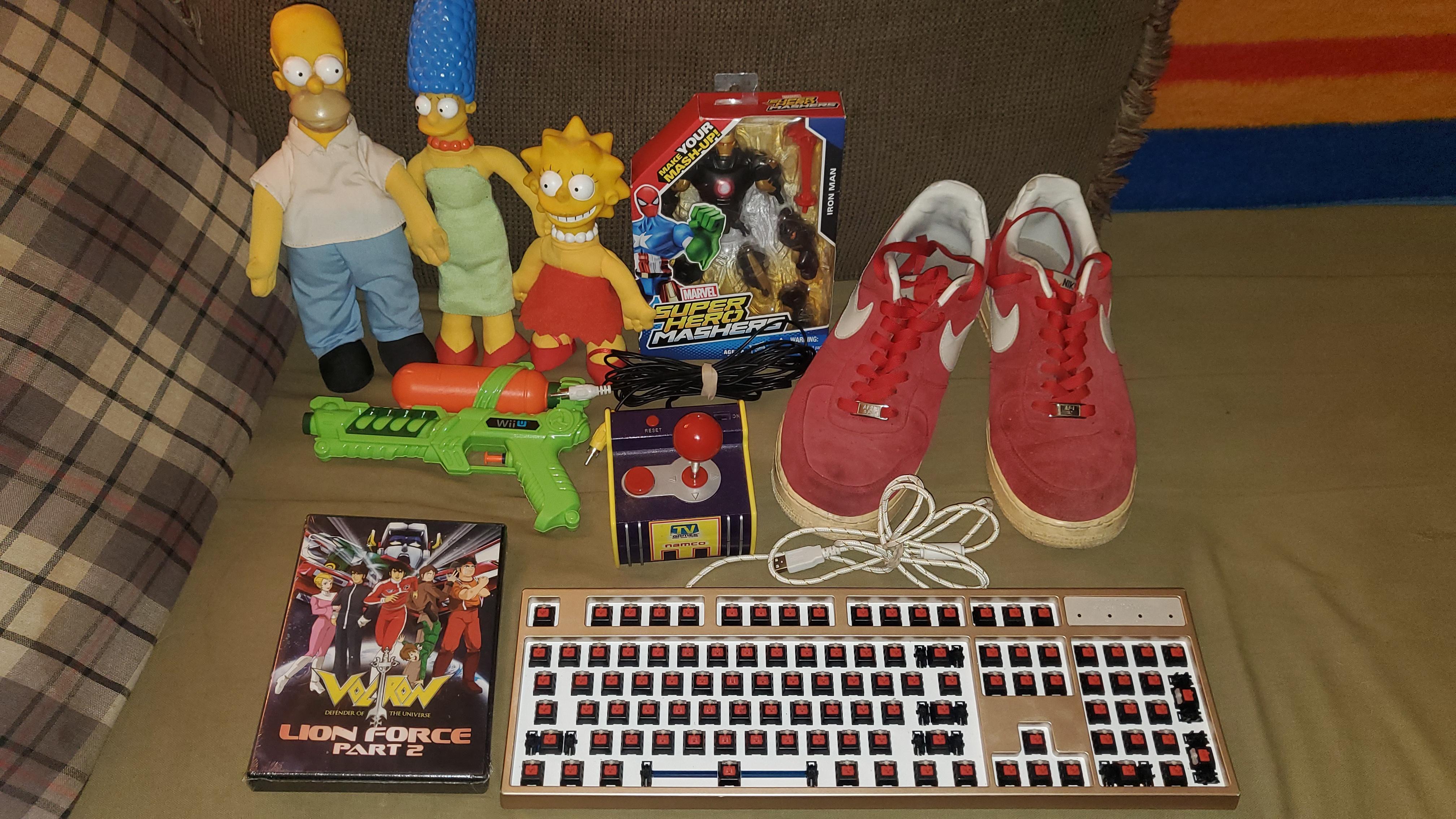 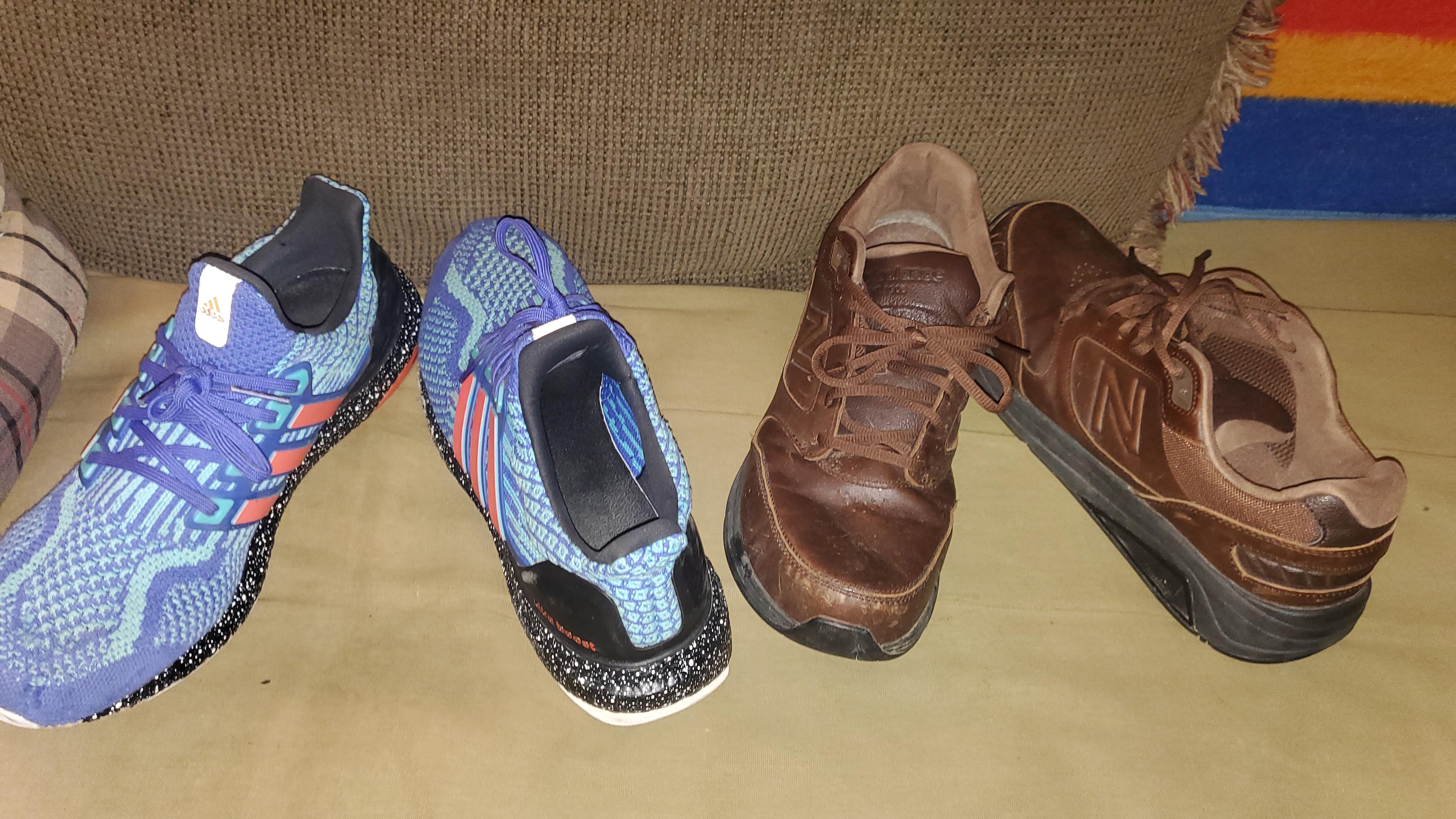 Slim pickings for this week.  Decent amount of sales, there was just not much that was interesting. 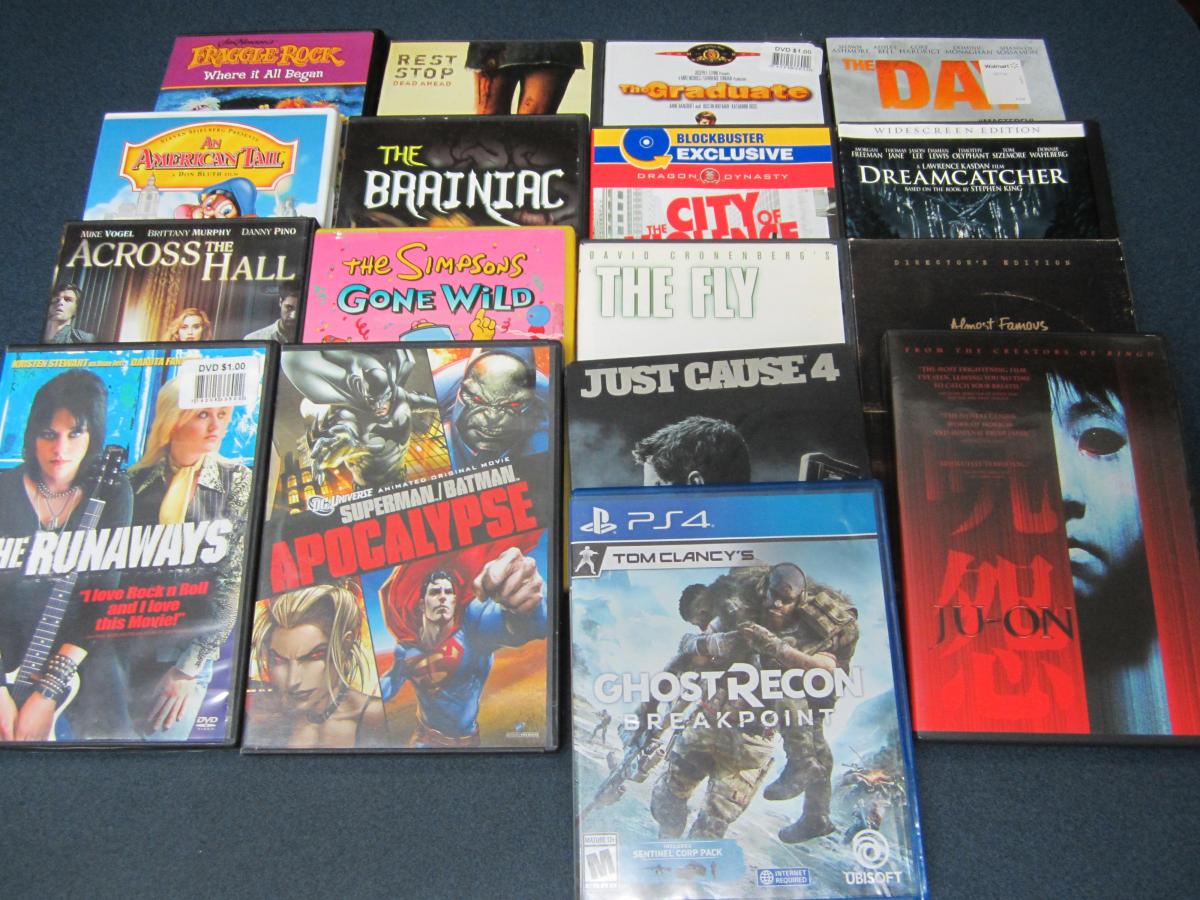 Guy had a large amount of movies for $2 each, he gave me a deal since I was getting a bundle. Everything shown (excluding a second copy of "Dream Catcher" for a fellow Stephen King fan) was $16.  The Ghost Recon and Just Cause 4 steelbook were laying around randomly in the sale and he included in the price.

The Almost Famous Director's Cut used to bring a decent amount, not anymore. It's also missing the Stillwater CD that should be included.  I have the complete edition in my collection already so nbd.

Didn't realize it, but I had already picked up the same Fraggle Rock DVD earlier this year.

I saw 3 pairs of shoes today for $42! Resellers arent giving them that much! And people going in there for a decent pair of shoes probably cant pay $30-$45 for shoes! THATS WHY THEY WENT TO GOODWILL!

Kinda why I've stopped going to Goodwill, they ship anything good off to the online store and everything else in store is overpriced.  Any bluray or season series is now $6, they do the same with sealed DVDs.  I also hear from people that buy clothes that shirts cost almost the same as what you can get at stores?  I guess the CEO has to get his millions somehow. 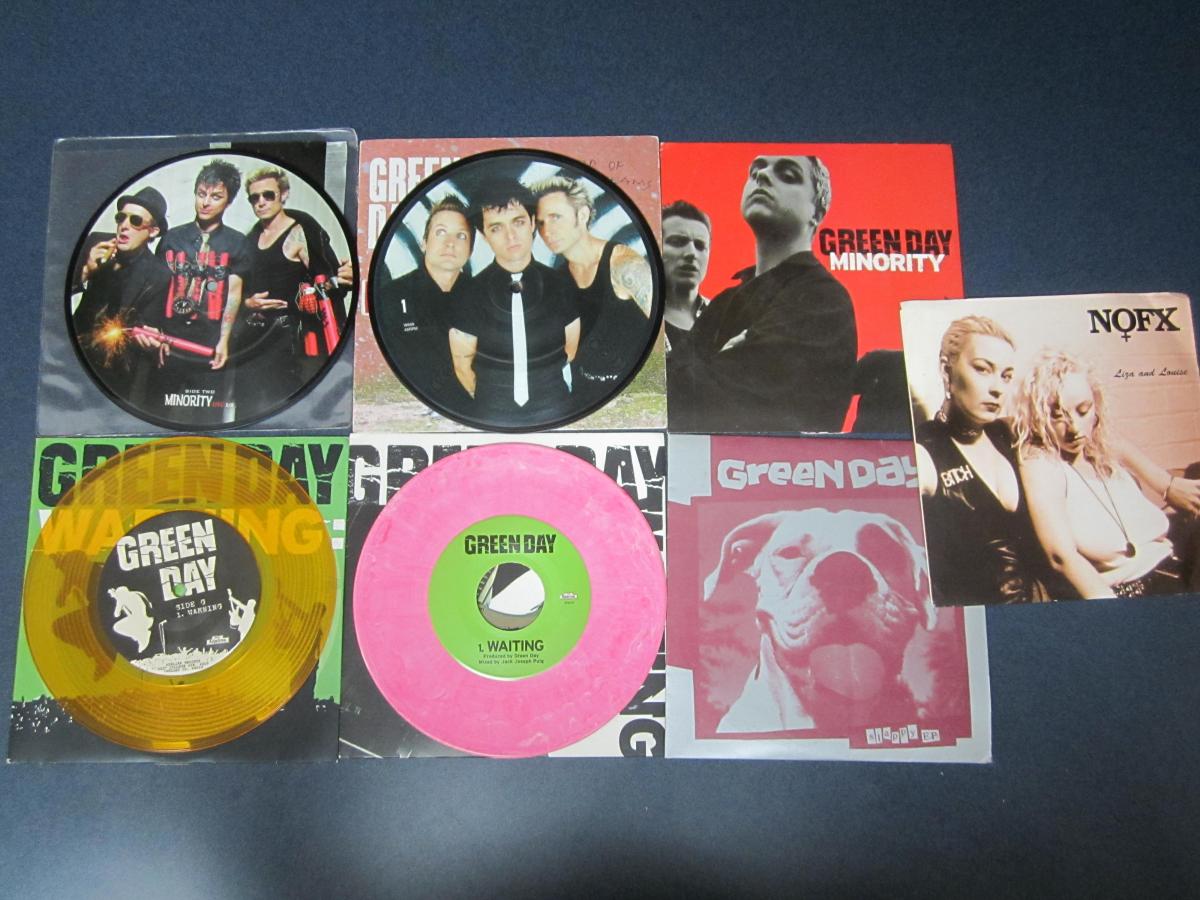 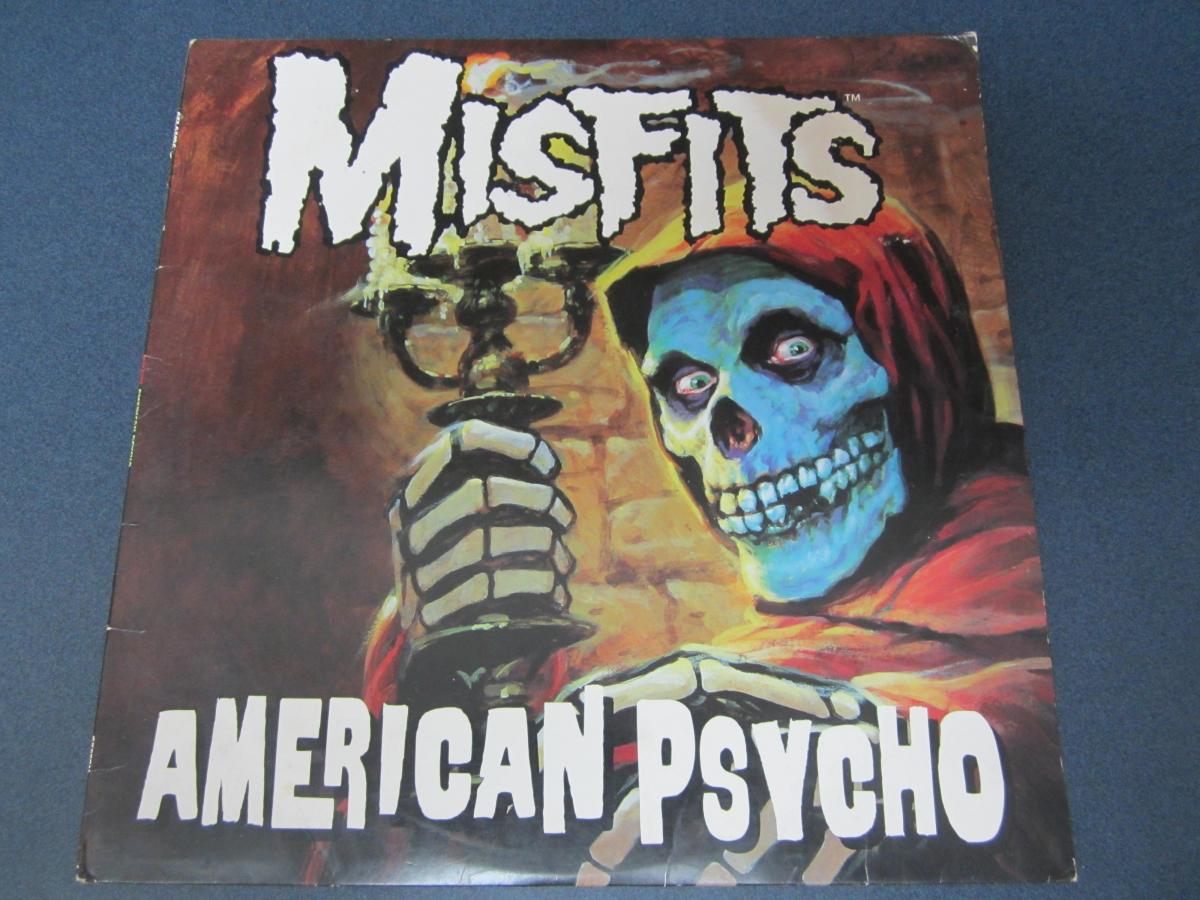 Guy had put out part of his record collection, picked up his Greenday stuff and a few extras for $2 each.  After getting home I realized the Misfits had a few more scratches than I realized, should have left it behind.

Worked from home Friday so was able to hit one sale early.  Also, there was a townwide sale about 40 minutes away.  Found a resale vendor setup nearby that had a lot of stuff I like. 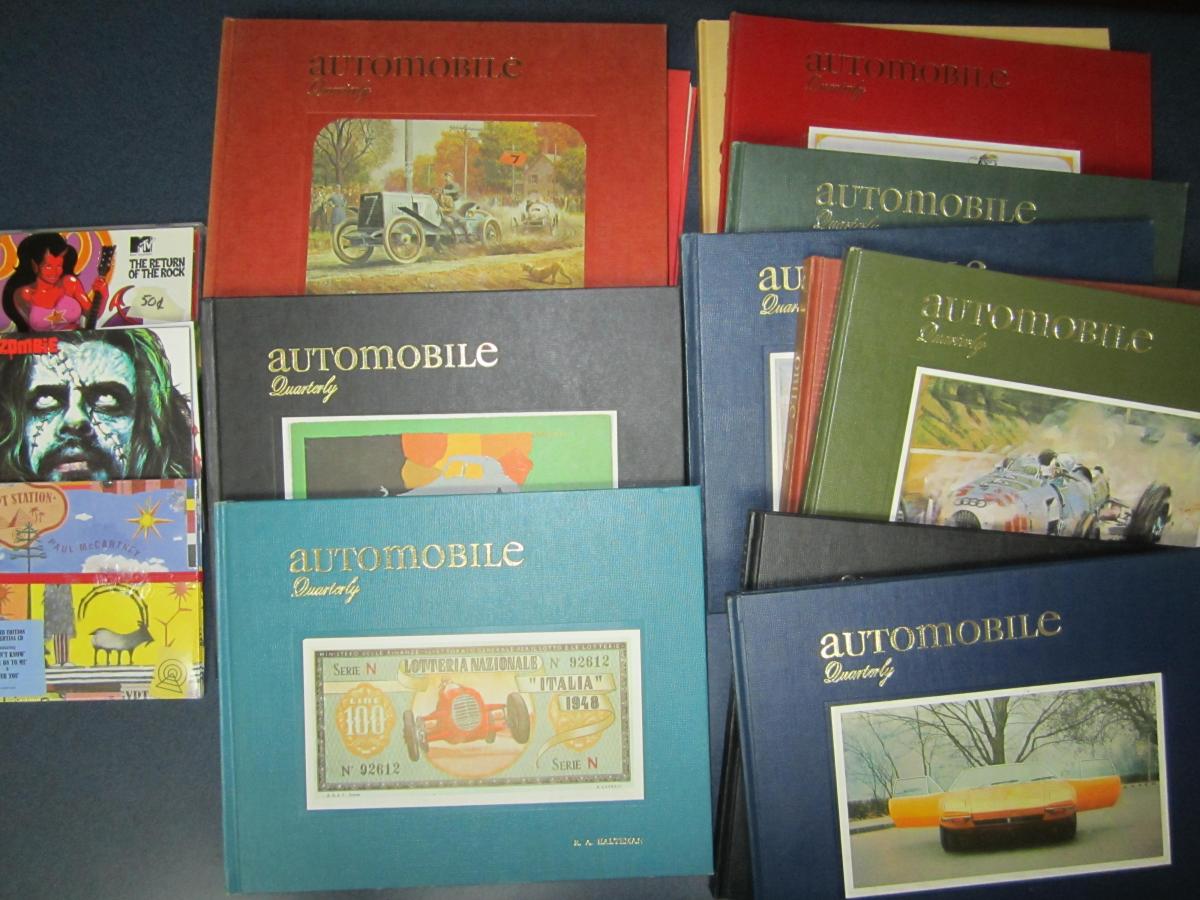 Friday sale, lady had these vintage (1967-1970) copies of Automobile Quarterly.  These things are high quality, great photos and art.  Talked her down to $10 for the lot, threw in the CDs.

Near the citywide sale, a guy had set up selling lots of music, games and other odd stuff. 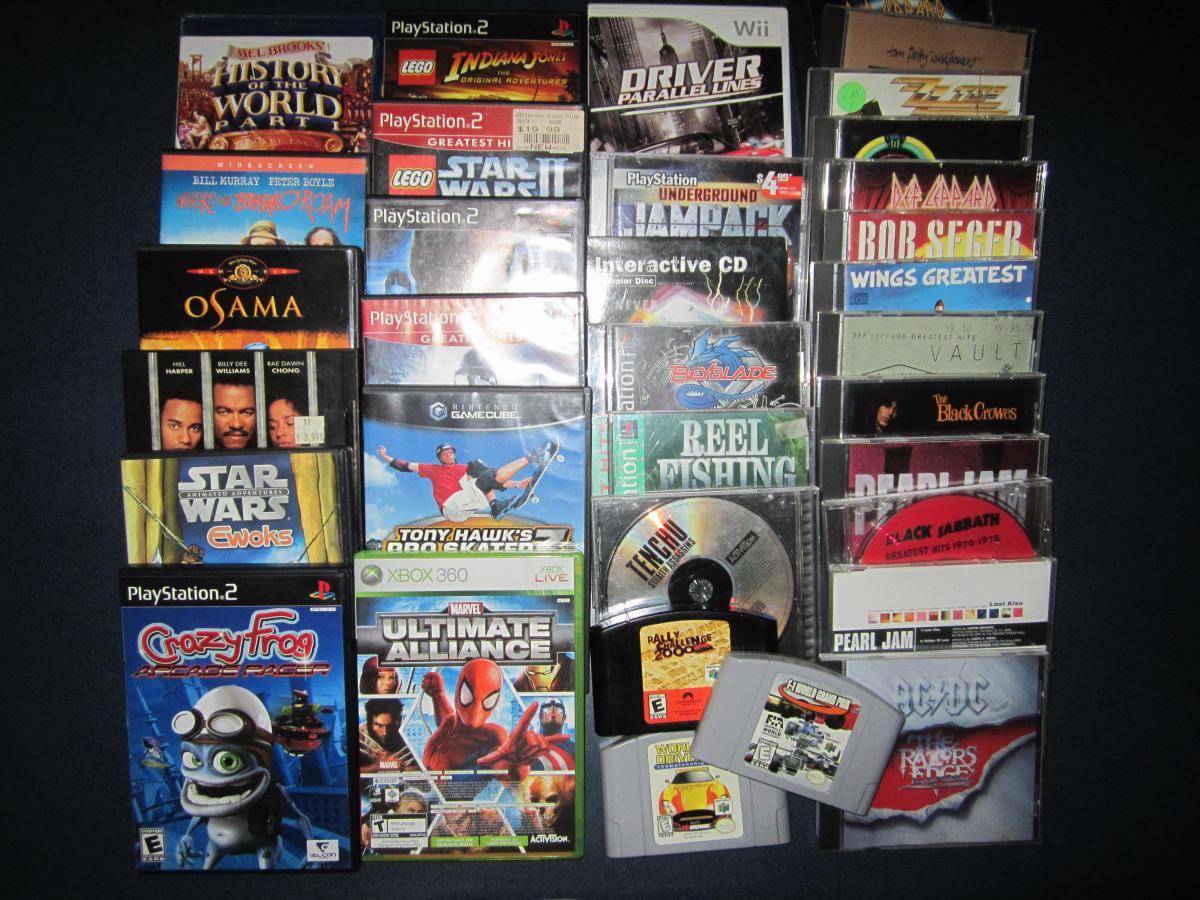 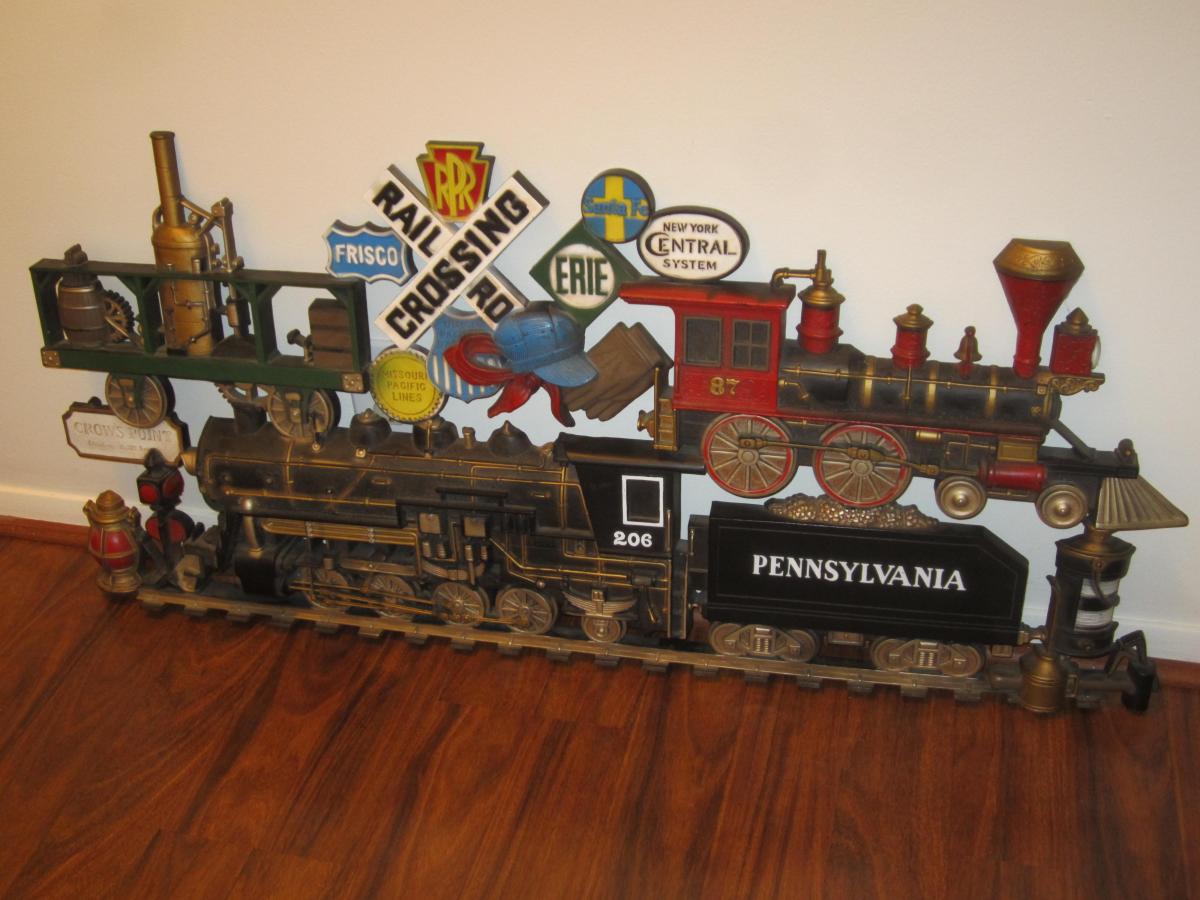 Went with some family to the citywide sale on Saturday, they kept delaying.  And delaying.  Did not leave town until after noon.

Had them stop at the same place I went to on Friday, he brought some stuff based on what I said I liked. 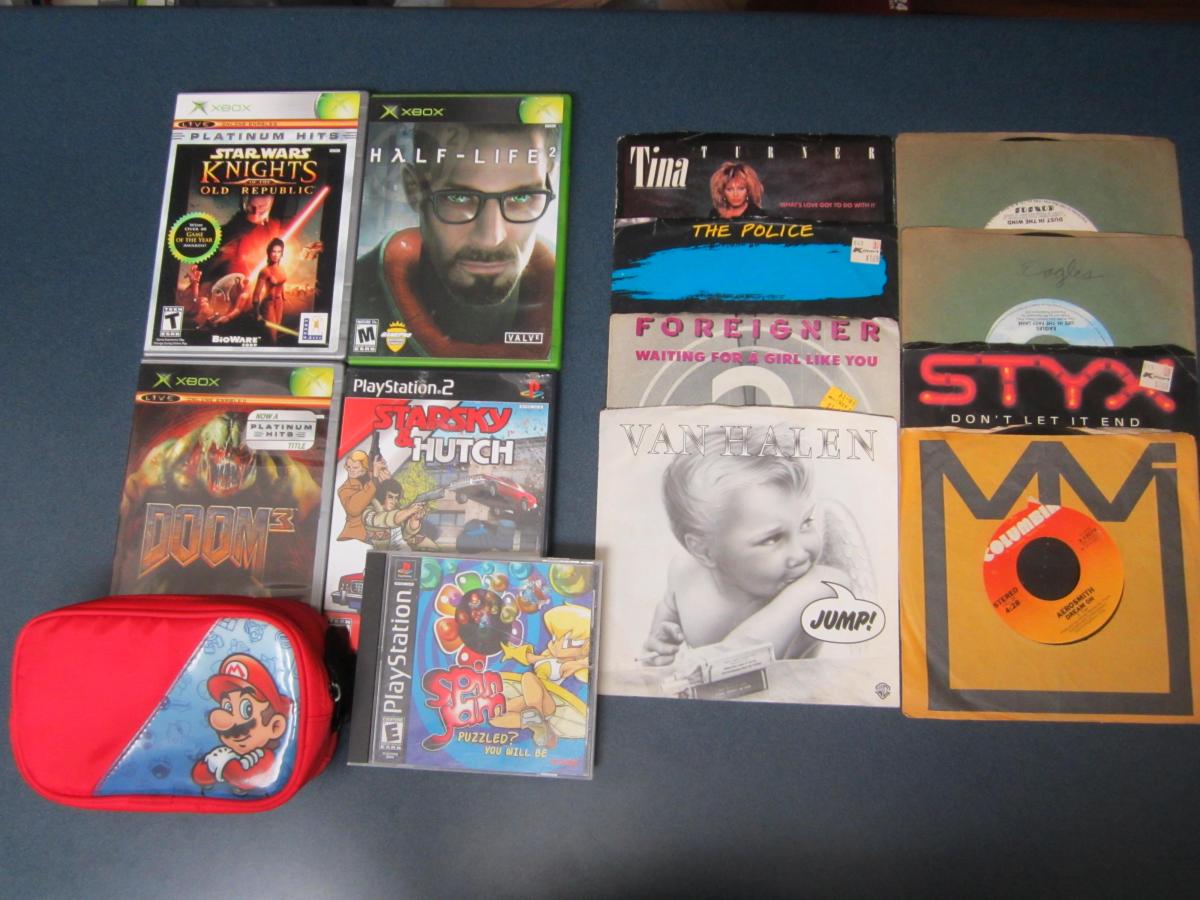 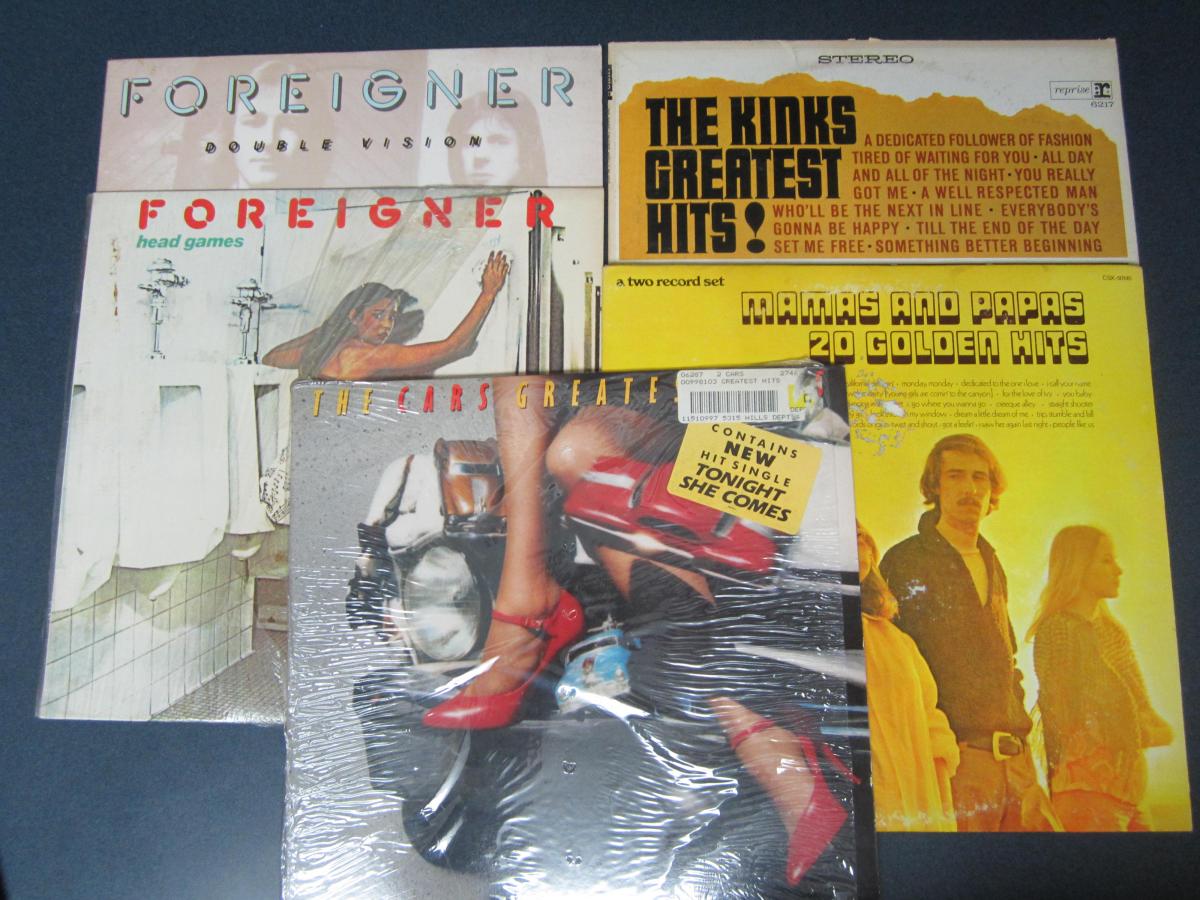 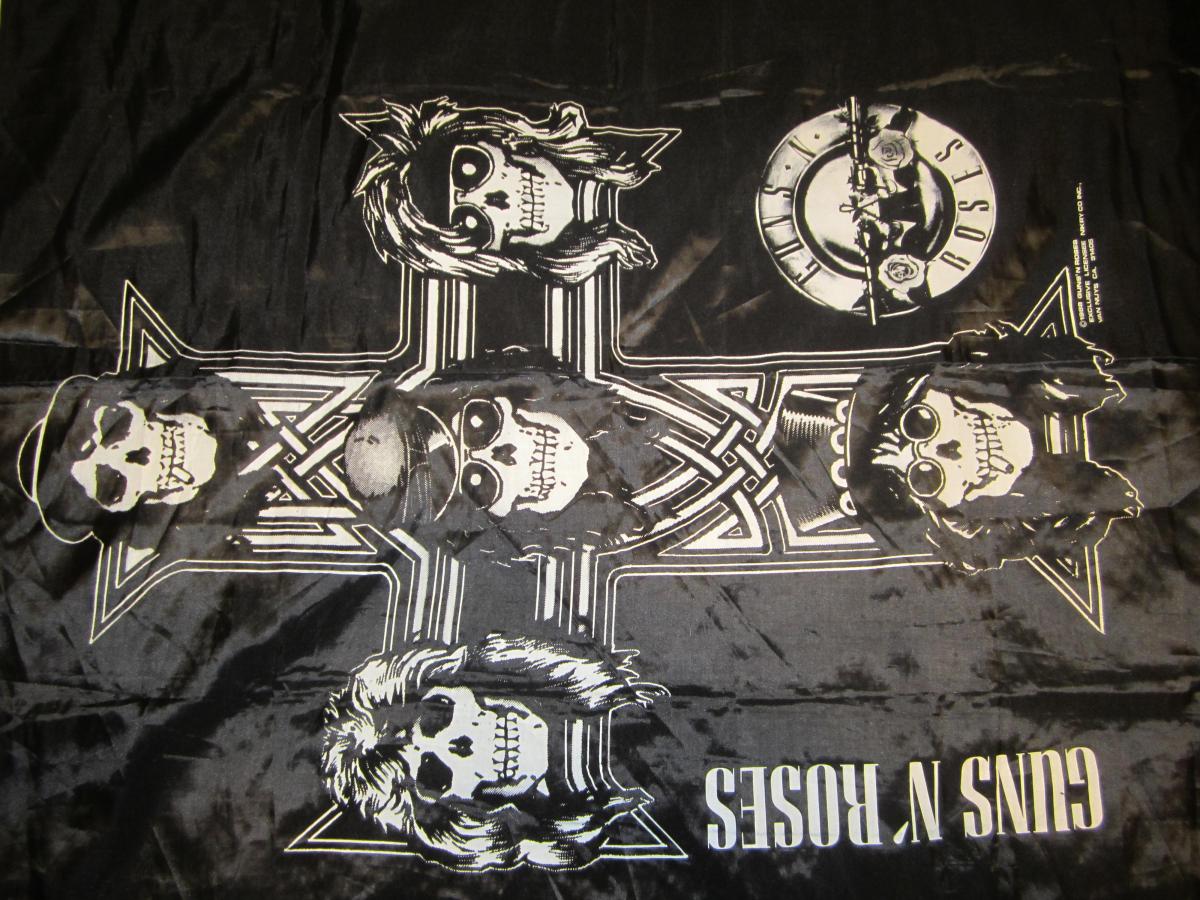 The Guns n' Roses banner is a 1988 vintage Nikry which set me back $20 down from $25.  He brought it because I was wearing a concert shirt the day before.  He knew how to trap me.  There was some usual wear to the corners for something of this age, but it appears someone took scissors to the edge to remove fraying at some point.

The rest of the townwide sale was a bust.  The family members found some stuff to use for their rental houses, but everyone had started closing up by then for the most part.  They decided to stop at a flea marked that I didn't know existed.  It added to an already expensive weekend for me. 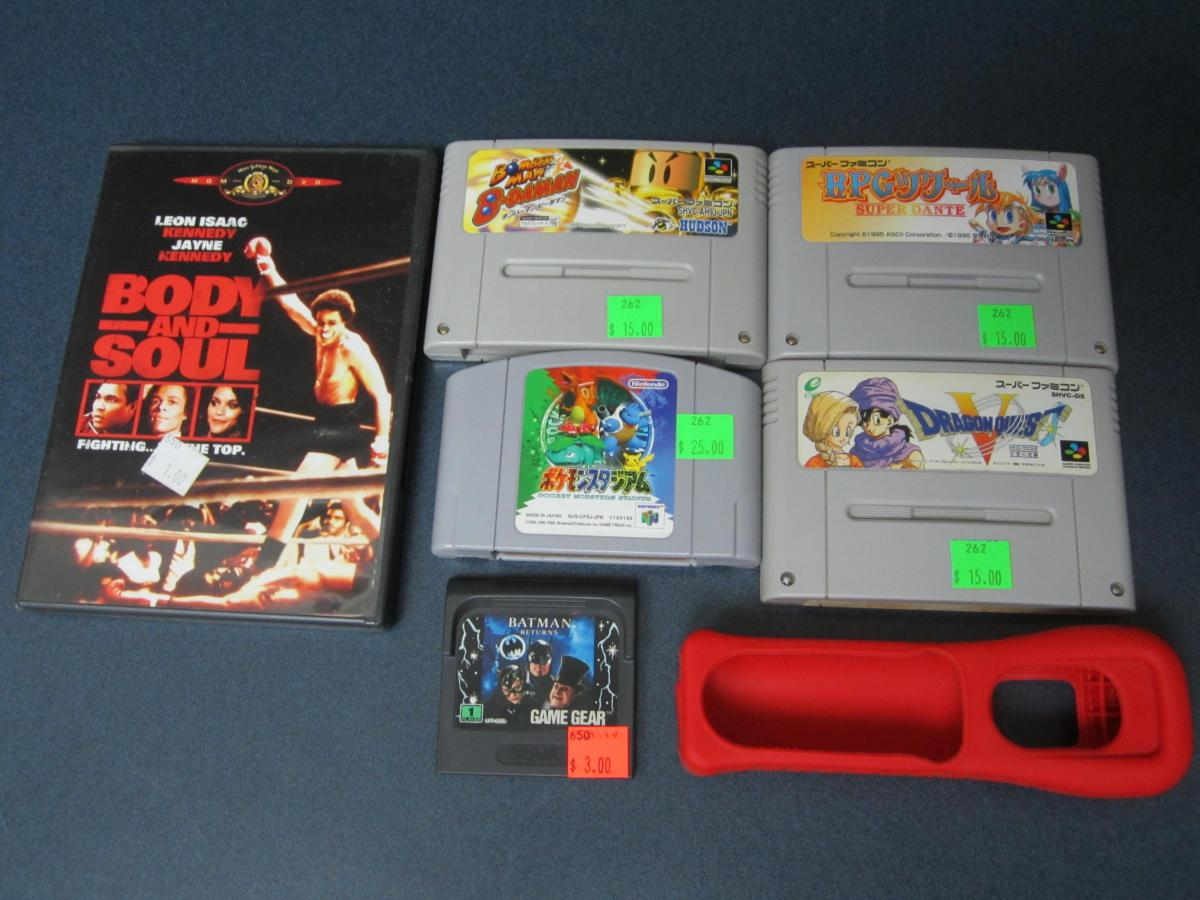 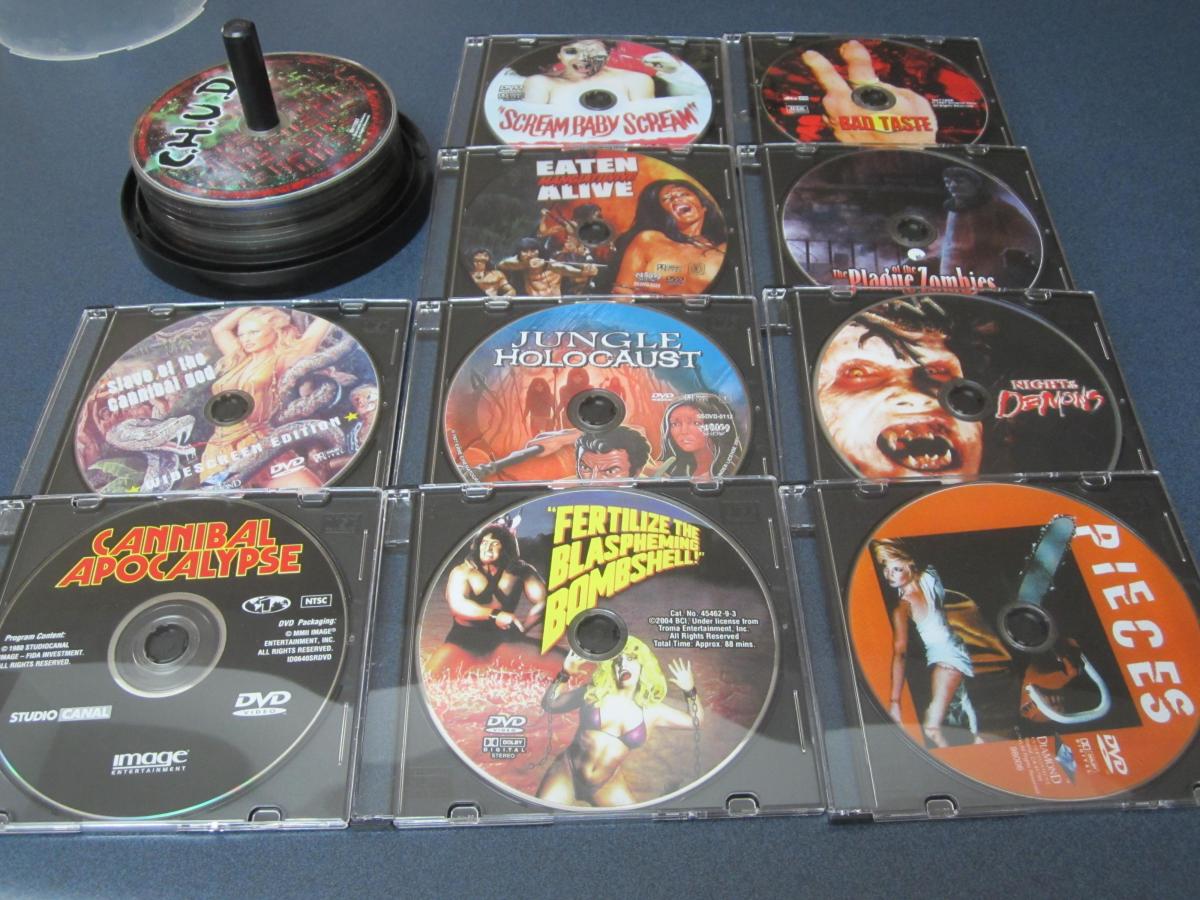 The games were priced as marked, the Wii grip was $1.  The games were a little overpriced but Japanese stuff is not readily available in the midwest.  I figure after shipping, especially if I have to get them from overseas, the price would be about the same.  Putting them with the Super Famicom I picked up last year.

As for the movies, I found them in a giant, dirty unmarked binder in a back corner.  I asked how much for each, and they had to call the booth owner.  Ended up buying the entire binder, all horror movies, for $17.  What you see here is about half of what is in the binder, I still have to go thru and clean the rest (there are 35 in this image).  They're not extremely rare, but many are definitely uncommon.  Most of these are not exactly my kind of movie, don't think I'd have the stomach for it.  Cannibal Apocalypse is particularly notorious.  I will probably be selling or passing them along to someone else.