For your 15th Anniversary can you bring back other guest CAGers like Jimmymack? Would be funny.

Listening to the old CAGcast episodes I sadly remembered the first time I heard the "Win Cheapy's games". Worse than a childhood trauma. Never won squat.

Any chance you can bring that back? Or better yet, do a "Win Shipwreck's games."

Are you guys watching the Harley Quinn cartoon? Seems like it would be a hit with you, especially Wombat.

I just watched the Sonic movie. Yikes. Here's my question: can someone explain to me why so many grown men immerse themselves in things that are meant for children? Is there a reason people don't want to become adults?

I was supposed to send Cheapy a message here on CAG regarding the Lenovo prize, right? I sent it out on the 15th, but it shows up on my side as not having been read by Cheapy. I did not expect a response to my message, but that "Not yet read" is worrisome. Thanks.

Probably a question for Shipwreck but anyone can answer. There was a classic arcade game called Cliff Hanger. It was similar to Dragon's Lair but used clips from the anime Lupin the III. Also is shown briefly in Goonies. Any chance anyone will release this to console? I Googled but not a lot of info. Seems perfect for the Switch. Do you guys remember it or was that before your time?

Probably a question for Shipwreck but anyone can answer. There was a classic arcade game called Cliff Hanger. It was similar to Dragon's Lair but used clips from the anime Lupin the III. Also is shown briefly in Goonies. Any chance anyone will release this to console? I Googled but not a lot of info. Seems perfect for the Switch. Do you guys remember it or was that before your time?

I remember Cliffhanger. I don't think I ever saw it in an arcade, but I remember they featured it in an episode of the game show The Video Game in the early 80s.
I don't think it will ever be released because the game is based on The Castle of Cagliostro which was directed by Miyazaki. I'm guessing copyright issues would prevent it from being released, plus I don't think the game was very popular. Worst of all those Laserdisc games were prone to breaking down because of the hardware, so I doubt you'd even see one in the wild nowadays.

EDIT It says on the Wikipedia page:
The game was considered for inclusion on the American Blu-ray release of The Castle of Cagliostro by Discotek Media, however, due to an inability to find the original contracts for the game, it was left off the release.[2].
Also I misremembered, it was featured on Starcade. 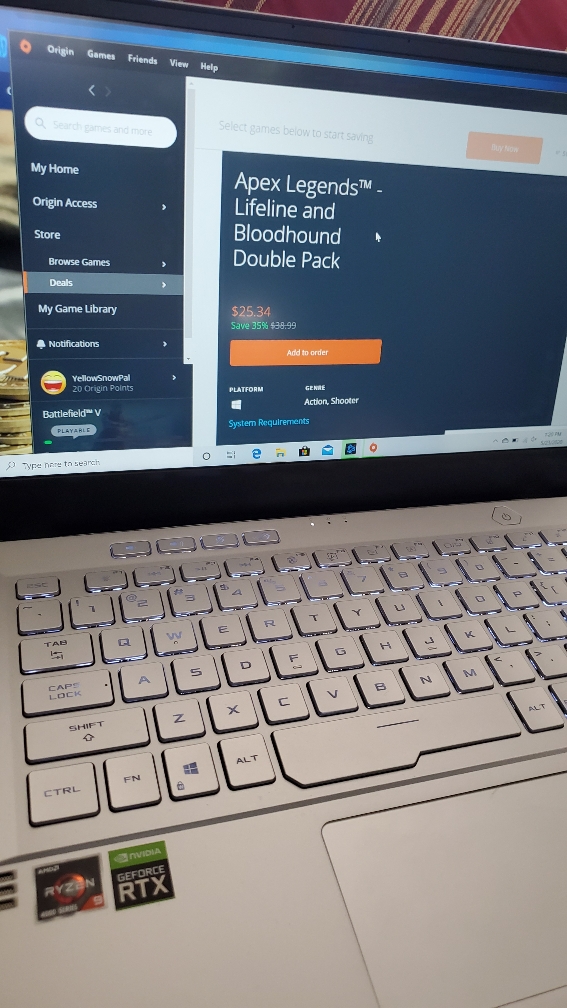 Hey guys, been listening for years and part way thru last weeks show, i started thinking that this is the the most entertaining show in a while. Couldn't put my finger on it but you all seemed really switched on and more engaged than usual. The you just announced it, you were doing a video podcast.

Or was Cheapy just higher and Ship just more loaded than usual? LOL

Please continue this if possible, i feel the show really benefited from it. keep up the good work and thanks for my weekly laughs and video game chatter.

I haven't played a GI Joe game since the Commodore 64 A Real American Hero but I know there have been some. (I loved picking the character I wanted.) Has there been any since worth buying? It seems like a misaed opportunity. Imagine doing a Seige-like game or a Battlefield. Why do you think we haven't seen/ heard about a good GI Joe game?

I really liked Wombat recommending parts of an old episode (the Xbone E3). It could be a fun thing to mention old favorite bits as the anniversary approaches. Any other clip recommends?

Any CAG hosts playing, or plan to play, Minecraft Dungeons? It sounds like a Diablo-clone but with a Minecraft theme. Sounds perfect to play co-op with wife and kids. If anyone has it would love to hear a review.

With what we know now, do you see Microsoft regaining the console supremacy or will Sony hold on? Microsoft Xbox was too new to beat PS2, but the earlier release and cheaper price for XBox360 helped it to beat PS3. Sony learned from its mistake and PS4 came out cheaper to beat the XBox One. Right now they both appear similar to me. What do you think? Christmas will be here soon.

Is VR dead or just sleeping? From where I sit, adoption doesn't seem to be gaining steam? Would it help if each game came with a pack of barf bags?

I'd like to know Shipwreck's take on the Gose (Pronounced Goe-Zuh) style of beer. If you are not familiar with them they are sour beers brewed with sea salt. I love them but a lot of people think they are disgusting.

Will Wombat be purchasing the KFConsole?

I think you've got a misconception of the recent Resident Evil titles.  While some of the recent games after RE6 have used the modernized gameplay that started in RE4, the games themselves have since went back to the classic location memory and item management style of gameplay.   You should try Resident Evil 7, Revelations 2, and Resident Evil 2 Remake.

For a game you can play with your wife, Revelations 2 is this classic style of Resident Evil gameplay built heavily around co op multiplayer.  The second character for Claire and Barry are aimed more towards people who can play but aren't that good so they're more helper characters.

Have you ever got so mad at a game that you broke something? I once got mad during Gears of War and broke my headset.

So . .  has the Lenovo prize pack shipping been delayed due to the pandemic, or have I been the victim of a porch pirate? I still have not received the prize pack. Large packages and non-USPS packages are typically left behind a wide porch pillar, but I suppose it's possible it may have been stolen.

So . .  has the Lenovo prize pack shipping been delayed due to the pandemic, or have I been the victim of a porch pirate? I still have not received the prize pack. Large packages and non-USPS packages are typically left behind a wide porch pillar, but I suppose it's possible it may have been stolen.

After the XBOX showcase, I feel like XBOX made a weird case for me to GET a PS5.

I've been in the XBOX ecosystem for the last 2 generations. I wasn't even considering getting a PS5... until the XBOX Showcase. XBOX made it clear that all their new games are going to work on the XBOX I already own for the next few years. There's something about that that does not get me excited. It feels like upgrading my iphone, always kind of anticlimatic. What's my incentive to buy an XSX? Am I the only one feeling this way?

Is Cheapy going to get Hitman VR? He can finally live out his fantasy of being a bald white dude.

I read an interesting POV on the Xbox vs Sony battle, stating that the "console wars are over". TLDR - the two companies are going on separate monetization paths.

Xbox is prioritizing selling its services (ie Game Pass), while Sony is focused on selling its console devices (via more exclusive titles).

What's your take on that?

I was just curious if Wombat was still playing Undermine and if Cheapy and/or Shipwreck has checked it out?  I looked to see how much time I've put into it and I was surprised to see it's over 30 hours!  Super addicting and fun.  One of my favorite things to do is using the potion that lets you gain health the next time you would lose it and then blowing myself up with a bomb!

Will Cheapy buy the new cobra kai game coming out in October? I'm a huge fan of the show actually based on his recommendation but even I don't think I could spend money on that. It's made by Game Mill who is also making the new GI Joe game.

Do you guys find that you play on the easy or normal modes just to experience the story? I have so much to play these days, I just cant be bothered to expend that much energy on a single game. Great show boys.

Do you guys find that you play on the easy or normal modes just to experience the story? I have so much to play these days, I just cant be bothered to expend that much energy on a single game. Great show boys.

Since you guys had a big interest in loot boxes and the "gambling/addiction/pay to win" nowadays, what are your thoughts on EA and Respawn's Apex Legends Skill Based Match Making (SBMM) controversy that's been a thing for a while?

Basically, they use algorithms to make the lobbies. They often pair you with lower ranked teammates vs higher ranked opponents so you lose most of the time. But then, when they think you deserve a win - you'll all of a sudden get in with better mates vs lower opponents. Just like the way gambling gets you addicted. Overall, it's not skill based in the sense that you face similar opponents - it's only skill based in the sense that it uses your skill to setup matches to make you addicted.

Here's an interesting video on it:

Cheapy, I know you enjoyed Apex for a while...the Apex community is ticked about this... Yet Respawn and EA ignore the complaints.

What do you guys think of the new Xbox app letting you download any game regardless of owning it or not? Seems like it could be handy for preloading a game you might be buying physically or just downloading something in anticipation of a sale.

Will also help with the giant size of future Series X titles.

OK Shipwreck, tell us how awesome or terrible GI Joe Operation Blackout is for the upcoming episode. If you say it's good, then I'll definitely buy it.
If you don't get a copy (either purchased or pretty much unasked for) then you need to be dishonourably stripped of your title as the show's GI Joe expert.

Back to CAGcast Video Game Podcast